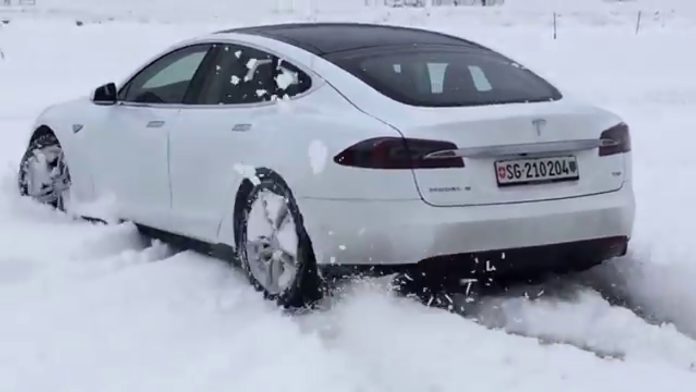 “Range anxiety” is the phrase used to describe the doubt that car buyers have over the battery life of electric vehicles. It conjures up fear of running out of juice in the middle of nowhere, perhaps among bears, locals with hard-to-understand accents and nary a plug-in station for hundreds of miles. EV manufacturers have tried to overcome the anxiety with promises of extended battery life made on long-range EV models such as the Tesla Model 3, Chevrolet Bolt EV, Jaguar I-Pace and Nissan Leaf Plus.

The promises don’t count for much in the cold, it turns out.

Many EV drivers have long suspected that severe cold drains EV battery life, but a new study conducted by AAA seems to confirm it.

“We found that the impact of temperature on EVs is significantly more than we expected,” Greg Brannon, AAA’s director of automotive engineering, told CNBC.

With much of the country in the grip of a polar vortex in late January, temperatures across the upper Midwest and New England dropped to as low as 30 below zero Fahrenheit, causing strange things to happen to EV’s batteries. It’s long been known that battery life is affected by things like hill climbing, aggressive driving and other factors, but AAA has found that the extreme cold can cut EV battery charges by as much as half.

Experts theorize the drain happens for several reasons. The vehicle is drawing more power from the battery than ever to heat the car, for starters – EVs lack the heat-as-a-byproduct effect that internal combustion engines possess — and in the winter, the lights are used for more prolonged periods. But the primary reason for the power loss can be chalked up to chemistry and physics. (Here is an in-depth discussion of the science behind it.)

“Conventional Li-ion chemistry starts to suffer as the temperature drops below 0°C and the internal impedance of the battery increases,” wrote Robin Tichy for Electronic Design. “The result of this effect is ‘voltage droop,’ which becomes more pronounced at –20°C or lower.”

Not only will EV batteries experience voltage droop during cold weather, they’re likely to take longer than usual to charge. Some of this inefficiency can be overcome by pre-warming the car while it’s still plugged into a power source, which many EV models allow users to do, sometimes via smartphone app.