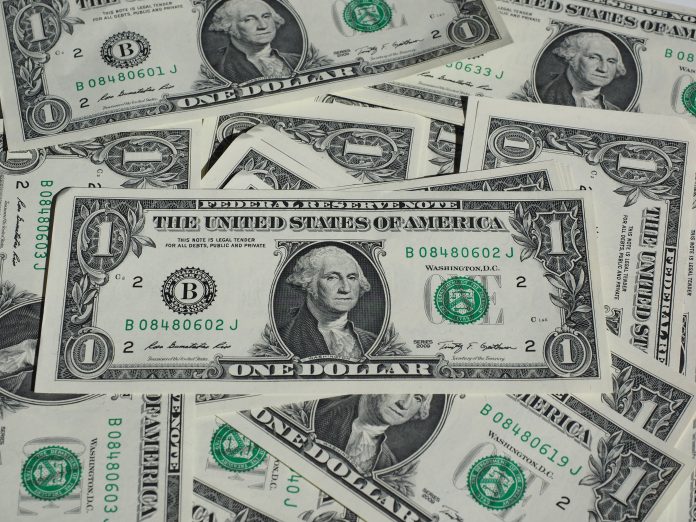 There’s not an industry that wasn’t affected by what many called the crash of 2008. A culmination of mortgage and lending crisis’ along with banking institution collapses and government bailouts, a perfect recessional storm was created for consumers and businesses alike. With major financial markets losing more than 30% of their value almost overnight, the auto manufacturers were hit especially hard. The big three automakers were requesting government bailouts, dealerships were left holding the hefty floor plans, and any of the car buyers were hit with household financial hardships as company layoffs hit all-time highs. As part of the automotive bailout for GM, Chrysler, and Ford, there were government-sponsored incentives. In an attempt to not only save the manufacturing jobs but also to reinvigorate the consumer buying market, one such incentive was Cash for Clunkers.

Passed by Congress in June of 2009, the CARS program, aka Cash for Clunkers, was designed to stimulate the car buying economy and incentivize an environmentally friendly push to greener vehicles on the road. The rules were simple: a qualifying clunker had to be in the consumers’ possession for more than one year and have an 18 MPG or less fuel rating. The new car purchase had to be priced below $45k and have a 4 MPG better rating on fuel economy than the clunker. Once an individual met these conditions, they could expect a rebate voucher of $3,500-$4,500.

A Look Back at the Cash for Clunkers Frenzy

How did your dealership fair during the Cash for Clunkers program? Many dealerships experienced an absolute frenzy. Here in the Midwest, some dealers reported record sales week after week, as more buyers came in qualifying for the rebates. With the first month of its launch, the government allocation of $1B had nearly been depleted. The Senate and House voted to add $2B to the program to keep up with the demand. It is reported that nearly 700,000 vehicles were traded in already at that time.

I was selling cars during Cash for Clunkers. In our neck of the woods, our buyers were predominantly blue-collar. Getting $3,500-$4,500 for that ten-year-old clunker was a much-needed lifeline to many here. Buyers who normally wouldn’t have considered new cars were all of a sudden given a chance to afford one. Getting thousands more than their clunkers were worth was a huge incentive, too. People waited in line at our dealership, and the clunker trade-ins lined up on the lot. There was no real selling involved, either. I had to explain the conditions a few times, but the word was out. These were ‘done deals’ walking in the door, and we were ecstatic for the sales.

What Cash for Clunkers Was Designed to Do

NADA was championing the program and instrumental in the CARS launch, along with partnership assistance from the National Highway Traffic Safety Administration. They argued such a plan was essential in reinstating consumer confidence, that it would save the jobs and automakers who were reeling from the recent financial crisis. A trickle-down effect would include revenue at the dealership level, where car lots had experienced record-breaking droughts on their lots. From a government standpoint, it made sense to offer stimulation, if for no other reason than to attempt to recoup those bailout funds.

What It Actually Did to the Market

The Cash for Clunkers program has its critics, but it delivered as intended. Consumers stepped up as if having been given the green light to buy again. Dealerships saw record new car sales, many reporting 20% or more increases in overall sales. The automakers increased production. The roadways were flooded with more fuel-efficient vehicles. While the frenzy of buying eventually slowed, the results were immediate. Some reports show all but $9B has been recovered from the initial $80B originally allocated for the big three bailouts. Looking at the market ten years later, however, there’s been an overarching impact. By incentivizing the trade-ins, there was an upset in the natural buying cycle for consumers. Instead of hanging on to those older model vehicles, they were all brought in at once. Long-term effects included having fewer trade-ins in the immediate months and years that followed.

Since the summer of 2009, there’s been a host of significant changes to the industry. Dealerships here in the Midwest found themselves low in used car inventory, along with a new digital sales landscape and tightening financing options.

Adjusting to the Dwindling Trade-Ins

Having siphoned many of the buyers from the market in ’09, it meant those buyers wouldn’t be in the market for a new purchase again for a few years. Capturing all the used trade-in clunkers also meant many of those older, higher mileage vehicles were off the market too. Add to that; people are driving their cars longer, used inventory is valuable and has become scarcer. Some dealers are targeting trade-ins with specific advertising and offering higher dollar payouts. They’re also finding they can recoup those trade-in dollars with various manufacturer incentives year-end on new car sales. Others are offering those used cars for sale as high interest ‘Buy Here/Pay Here’ stock.

With the stricter financing conditions and consequences of buyers having experienced major layoffs, it made it harder to pencil deals. To adapt to these changes, many local dealers pooled their resources by forming dealer groups. It increased their inventory selection as well as floor plan and lending power. Others looked to partnering with lenders to offer a variety of financing options, including extending the loan terms to seven years. Some branched into offering ‘Buy Here/Pay Here’ options to accommodate finance-challenged buyers, who needed new-to-them vehicles.

Dealers had to get digital and embrace technology, especially with the boom in online resources and technology for both consumers and dealers. Dealerships were forced to keep up with digital shopping trends and building interactive web presences. Sales practices changed, too, as buyers who did come in were now knowledgeable about the process and the cars they wanted. With all the manufacturer details at their fingertips, along with trade-in and financing calculators, buyers took back control of the negotiation efforts. Dealership sales teams shifted to operate more as concierge hosts through the car buying process, instead of the high-pressure negotiators they were before.

In more recent years, especially here in the Midwest markets, there has been a major shift in buyer preferences, as well. Folks are looking for a positive customer experience and expect affordable and convenient transactions. Dealerships have transitioned accordingly. They’re now offering a more customer-centric buying experience, including extended service hours, overnight test drives, and loyalty incentives. Service and sales departments are working together to create a buying and life of the vehicle relationship with customers.

Marketing strategies have changed according to these newer practices as well. Dealers here are promoting top-dollar trade-in cash. They’re leading with monthly payment ranges in lieu of total new vehicle pricing. They promote the overall experience with their dealership, many of which have undergone brand remodeling requirements to their lots entirely. Such strategies support a more conducive car-buying environment.

Best Practices for Your Post Cash for Clunkers Market

Take a look at your market. How has your dealership shifted over the years in accommodating the post-Cash for Clunkers frenzy, along with the other significant adjustments to the car-buying landscape? You might take a few pointers from the playbook of those most successful here in the Midwest.

Align your sales, service, and operational methods around creating a customer-friendly buying experience. Remember, your buyers are savvy now. Don’t sell them on what they don’t want or try to educate them on what they already know. Instead, be a shepherd of the buying process and chaperone them through a convenient, friendly, and effortless engagement.

If you find you’re low on used inventory and quality trade-ins, consider campaigning specifically to attract buyers in your market with higher trade-in payouts. Call your former buyers’ lists and ask them if they’re ready to sell their current vehicles. You can secure additional new car sales come year-end, and maybe crush those brand incentives in doing so.

You might attract new-to-you buyers by offering a variety of financing options. Define your buyer personas and look to partner with lending companies who can best accommodate your target market’s financial needs. Identify areas that will allow you to promote affordable monthly payments and low down payments. You’ll find buyers are attracted to the shiny and new in a manageable monthly range.

Don’t be afraid to work together with neighboring dealerships. Sometimes, just sharing ideas and marketing strategies at your local level with others can help generate increased sales for everyone.

Here’s to looking ahead and hoping we never have to endure another 2008 crisis. If it’s taught the dealerships anything, it’s that changing means thriving. Cheers to change!