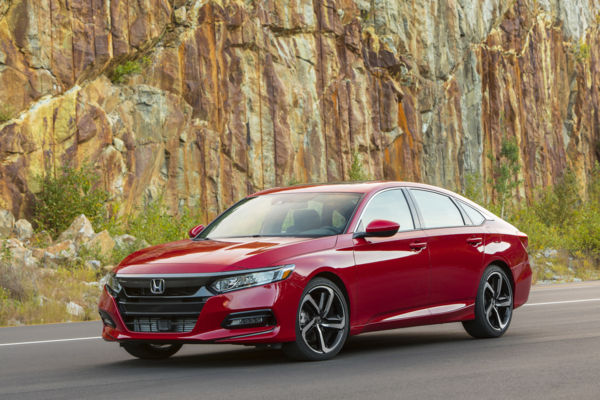 August sales numbers were an extremely mixed bag of results. The fortuitous timing of Labor Day primarily in August meant that unit sales increased thanks to an extra day of holiday sales. The seasonally adjusted annual rate (SAAR) of sales, however, showed a drop from August of last year.

In addition, in that mixed bag, the good news was primarily for U.S.-made Japanese auto brands, and sales numbers may be suggesting that customers are being put off by sky-high prices on crossovers, trucks and SUVs.

“American Honda – Honda and Acura – broke an all-time monthly sales records for total vehicles and trucks and the Honda brand also recorded its best-ever month, driven by record truck sales and robust passenger car sales,” wrote the Detroit Bureau’s Joseph Szczesny. “The figures from Honda appear to indicate that buyers are taking a second look as passenger cars, which are less expensive than trucks and sport-utility vehicles as average transaction prices continue to climb.”

Recent numbers from Kelley Blue Book found the estimated average transaction price for a light vehicle in the United States was $37,401 in August 2019. New-vehicle prices increased $723 (up two percent) from August of 2018, while decreasing $54 (down 0.1 percent) from last month. Prices hitting record-breaking levels isn’t great news for dealers.

“Although new-vehicle pricing growth has been strong this year, we’ve also seen greater incentives to offset rising monthly payments and move slower selling new-car inventories,” said Tim Fleming, an analyst for Kelley Blue Book. “The ratio of incentives to average transaction prices has been above 10 percent this summer after being under that mark for the previous eight months, and August looks to be no different with numerous Labor Day incentive programs being run by manufacturers.”

If sales do not respond accordingly, Fleming warns that the auto sales market could see this trend continue for the remainder of 2019. And while prices were up for domestic and many European brands, prices are actually down on many American-made Japanese models. American Honda saw prices decline 2.5 percent from August of 2018 to August of 2019. Nissan North America also saw a 1.1 percent price drop from last year to this year.