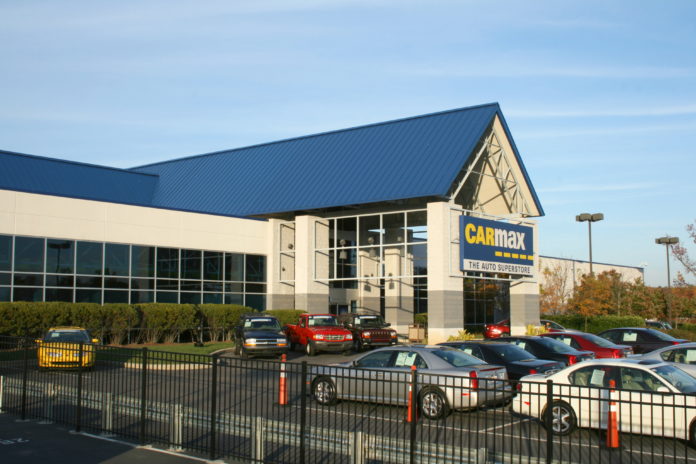 Following last week’s report that the U.S. may have already reached “peak car,” or the high point of new car sales – in part because of the record number of prime credit customers seeking used vehicles – there is good financial news for online used car retailer CarMax. CarMax, which was founded in the early 1990s by the same parent company as Circuit City, is today the largest used-car retailer in the country as well as a Fortune 500 company.

In recent years, CarMax investors have seen only modest growth of about seven percent per quarter. The company’s first quarter 2020 (which ended May 31, 2019) growth has been another story. CarMax has announced that revenue rose 12.3 percent in Q1 to $5.37 billion. This has more than doubled the rate of growth from the previous quarter. Net income rose 12 percent to $266.7 million resulting in earnings per share of $1.59, up 19.5 percent from the same quarter of last year. The latter had been forecast by analysts to come in at about $1.47 per share.

Wholesale vehicle revenues in Q1 2020 for CarMax rose 7.3 percent from a year ago to $662.4 million in the same quarter. Units sold increased 6.6 percent year over year to 120,768 vehicles. Analysts credit a growth in store base and appraisal buy rate for the rise in units sold. The average selling price of wholesale vehicles rose 0.2 percent from the prior-year quarter to $5,213.

Additionally, the company has continued to expand its locations. In the first-quarter fiscal 2020, CarMax opened three stores, including two in new television markets: Waco, Texas and McAllen, Texas, and one in the existing market (Memphis).

Analysts say the company’s ability to grow in the current auto market is impressive.

“CarMax has shown an impressive ability to maintain its profitability through wide swings in demand between used and new cars over the years,” wrote The Motley Fool’s Demitrios Kalogeropoulos. “Gross profit per vehicle has held at just under $2,200 in each of the last five fiscal years, in fact.”

Overall, Edmunds and other analyst groups have predicted that sales of used cars will continue rising through 2020.

“Used vehicles will likely grow in popularity as new-car substitutes if incentives continue to stagnate and interest rates creep up,” said Jessica Caldwell, Edmunds’ executive director of industry analysis. “A large quantity of near-new used vehicles is expected to come into the market that will undoubtedly offer a compelling value message that resonates with discerning new-car shoppers.”