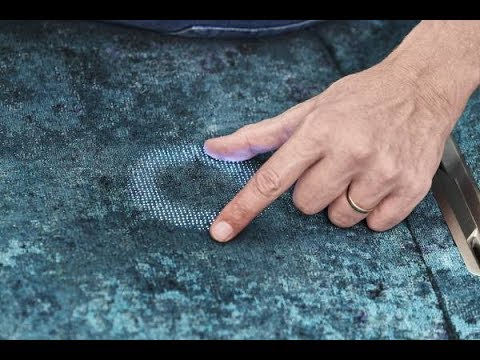 Attendees of the Consumer Electronics Show (CES) saw something interesting in the BMW pavilion: the curious interior of the BMW Vision iNEXT, a fully electric vehicle the German company will be introducing in 2021. The Vision iNEXT is noteworthy for many reasons, but it’s the lack of buttons that attendees were most attracted to. Why are there so few buttons? Because much of the vehicle’s interior materials are “smart,” meaning they can be used to interact with the car’s systems just by touching. BMW is calling it “Shy tech.”

At first glance, the only displays are in the driver’s area: there are no other displays or buttons to be seen, according to BMW.

“In the future, technology will no longer be the focus; people will be the focus,” said the company. “Surfaces such as wood or fabric are controllable via gesture or voice control, so digital technologies only become visible when the driver or passengers want to use them. It’s an intelligent step towards the future.”

Wait…you can wave your fingers around and conjure up controls to skip to the next track on the stereo? How cool is that?

Thanks to smart materials, the BMW Vision iNEXT can “read your needs” from your fingertips. When driving in “Boost” mode, the control display can be operated using touch functionality. In “Ease” mode, the wooden surface of the center console can be used instead. Whenever any inputs are made, points of light follow the finger like magic, providing visual feedback.

And if you’ve ever been a rear passenger in a vehicle and wished you could change the music or turn it up, now you can, thanks to the upholstery.

“The Jacquard cloth in the rear also comes to life at the touch of a finger and allows music playback to be controlled using various gestures, which are given visual emphasis by LEDs that light up underneath the cloth,” according to BMW. “Thanks to Shy-Tech, unexpected surfaces can instantly transform into extraordinary user interfaces.”