Got a sneaking suspicion that you’re losing business when customers call in? You’re not alone.

According to Cox Automotive, phone calls account for 26 percent of car buyers’ initial contacts with auto dealerships, second only to walk-ins (at 49 percent), and those calls can be worth a lot of business.

Patrick Kelly, vice president at Autoloop, a marketing platform developer, has written that, aside from showroom walk-ins, phone leads “are the highest value inquiries, with high close rates and fast turnaround times.” Unfortunately, research data from his company indicate that “only one in six incoming calls to dealerships is handled properly; that is, the customer connects with a person who can help them with their inquiry.” 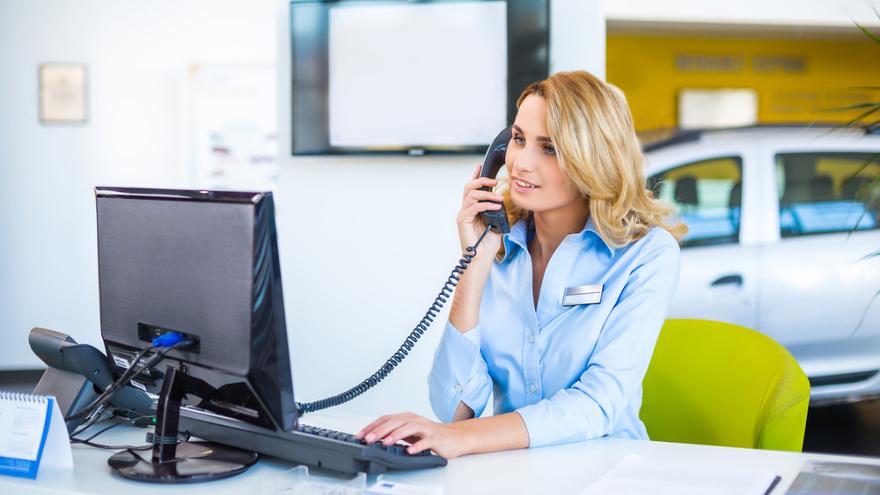 Autoloop’s findings jibe with those from IHS Automotive. For a study commissioned by call-tracking company CallSource, IHS reviewed call-handling performance at some 540 dealerships for a year. They found that 84 percent of inbound sales calls were not converted to sales. However, on examining the practices of the top performers in the sample, researchers noted that dealers were able to improve call-to-sale ratios by more than 33 percent through better call management.

With so much emphasis these days on digital marketing, it’s easy to shunt phone leads off to the side. In reality, though, marketers who tolerate failed or mishandled calls are leaving money on the table.

According to the latest NADA figures, the average gross profit for a new car sold in the U.S. is $2,014. Imagine the increase in profits if a dealer rep could schedule four or five more showroom appointments each day. Even if only one of those converted to a sale, that would be a considerable improvement in performance.

Brent Rogers served until recently as chief marketing officer (CMO) for Patrick Dealer Group, a Chicago-area retailer, where he ran a successful business development center (BDC). Now vice president at Green Line Digital, Rogers told Dealer News Today in an interview that the new retail market demands more transparency in customer communication. Setting up appointments is certainly a key objective, but managers need to empower their call-takers if they want to increase appointment-setting.

“The consumer mindset has changed with the Internet, and how you have to treat the customer has changed,” Rogers said. “Some dealers want to use tactics from the eighties and nineties with new-age customers. You can’t just be answering the phone, ‘Hello, are you calling about the sale?’ You have to show a high level of customer service.”

At many dealerships, it’s the floor salespeople who field incoming calls, according to Mark Vickery, senior director of performance management at Cox Automotive’s VinSolutions division.

“A car salesperson is likely to be pretty good at dealing with a customer one-to-one, but they can take a tumble backwards when they don’t have the ability to communicate face-to-face,” he told Dealer News Today.

Sometimes, Vickery believes, the difficulty in communication comes down to the differing goals of the customer and the salesperson handling the call.

“Sales people tend to focus on what is right in front of them: ‘How can I get this customer into a car right now?’”

The customer’s point of view will be longer-term. The customer wants to buy a car, but the time frame might be more like a week or a month.

“Sometimes we fail to give the customer what they want because our goals are not very well aligned,” Vickery said. “Thirty years ago, you would coach your people to give out almost no information on the phone. You gave out as little information as possible, even sometimes to the point of being rude.”

“But the customer has far more leverage on the phone now than they used to,” he said. “People shop in a totally different way. They’ll visit far fewer car dealerships before purchase than they used to — on the average, fewer than two.”

Vickery admits that the goal of the call handler is still the same: Get the customer to come to the showroom.

“The customer still knows that they need to come into the dealership to buy the car,” he said. “I know that they’re not going to go to many dealerships; people just don’t do that anymore. When I pick up the phone, I’ve got to help them in their journey, not just focus on my sales goal. I’ve got to answer their questions. If I don’t, someone else will.”

So what’s to blame for the thousands of dollars lost each month due to poor handling of calls?

Don’t blame the receptionist, warned Autoloop’s Kelly. Receptionists at dealerships tend to be overburdened with welcoming walk-ins, making coffee, and running errands. They’re often not in a position to grab service and sales staff and get them on the phone. Usually they don’t have the training or authorization to set up sales appointments.

Many dealerships are migrating to a BDC or dedicated call-center model for handling calls. Vickery, of Cox Automotive, acknowledged that “we’re seeing more and more BDC types of executions now, and I suggest that that’s only going to increase.” But he stressed that a BDC isn’t necessarily the best solution for every business. “That requires a physical investment that not all dealers are able or prepared to make. The important thing is that, no matter who’s handling the call, you’d better have processes in place to help customers make decisions.”

Today’s environment calls for a new style of management, according to Rogers.

“The manager needs to be tech-savvy enough to understand how the sale process looks from the customer’s point of view, what the customer’s journey is, and their expectations,” he said. “They have to set up the sales process around that journey. The manager needs to be somebody who likes being engaged with metrics and is willing to be aggressive at managing according to the numbers.”

So, rather than raising a hue and cry to chase down frontline scapegoats, dealerships need to seek improvements by employing better managers, better call-handling processes, and more useful analytics.

Brian Pasch, CEO of PCG Research, wrote recently that call analytics are now within reach of auto dealerships, and are well worth pursuing:

Call analytics can help a business identify the pain-points in its call-handling processes.

Why Not Start With Failed Calls? 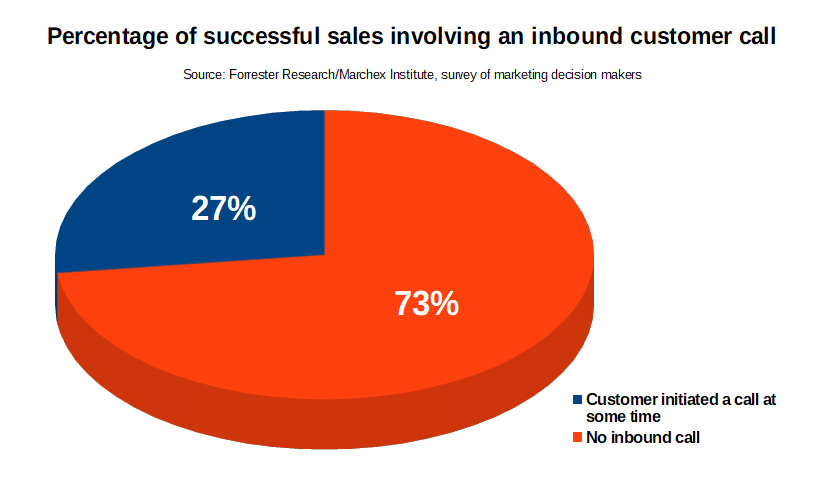 How about starting with this: The Marchex Institute analyzed some eight million calls received by 16 auto brands in the first half of 2017, and identified a “failed call rate” of 19.4 percent. The organization defined a “failed call” as “a call that was either unanswered or abandoned by the caller” before being connected with a representative. It identified four categories of failed calls, thus suggesting four metrics that could be used to measure and improve that rate:

To improve these four key performance indicators (KPIs), Marchex made these suggestions:

Marchex noted that the hold-time abandonment KPI is one of the easiest to reduce:

“First, triage calls to determine which calls truly need to be put on hold, and which do not. It’s also a good idea to establish a maximum hold time for calls, and figure out an enforcement plan. Many phone systems offer a feature that allows setting a maximum hold time before bumping the call back to a receptionist or other designated call-catcher. Another solution growing in popularity is to offer callers the option to receive a prompt callback instead of holding.”

Vickery, of Cox Automotive, told Dealer News Today that one of the best ways to improve call handling is to provide good training, and have managers monitor call sometimes to observe how they are being handled.

“I don’t think you can train on people skills too much,” he said. “Over-training has never been a problem in the car business.”

Realistically, given the demands of internal operations, sometimes a caller will land in a voicemail box. The voicemail system needs to be proactively managed, Kelly urged. Ensure that all voicemail boxes are working and not full. Set up an alert system to signal every time a sales or service employee receives a message, and make sure all calls are returned within an hour.

These days, Kelly said, analytics can be used “to measure how many calls go to voicemail or are unanswered” and to “identify the times and days missed opportunities are most likely to happen.” Those are the times when someone needs to be focused on picking up the phone without fail.

If call handling becomes too hard to manage, consider outsourcing it to an off-site call center. The cost could well be offset by the increased revenue opportunities that arise from good customer care.

COVID-19 Update: People Are Keeping their Cars Even Longer Now

COVID-19 Update: How One Dealer’s Website Sold 400 Vehicles in 6 Days