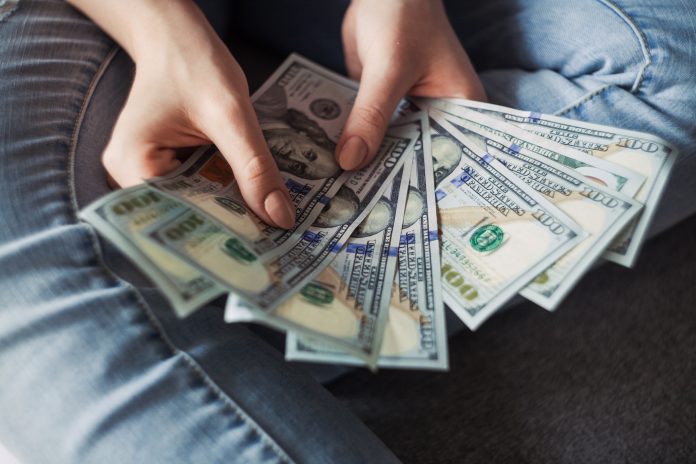 Buy Here, Pay Here (BHPH) is a polarizing subject for dealers. You either love it or you don’t want to know about it. If you’ve considered adding a BHPH operations platform to your dealership, you may have some reservations and unanswered questions. If you already offer BHPH services, you might be looking for ideas to grow those profit margins. It may be a question of risk versus benefit, but for many dealers it has become a reliable revenue stream.

BHPH  became popular during the early 1970s. Back then, building consumer credit was difficult and unemployment rates were high. No one could afford to buy cars outright, and many were crippled by layoffs that made it practically impossible to secure traditional financing. However, people still needed cars to drive. The dealerships quickly learned that they could offer financing to buyers directly by developing a strategy that included low cost, used vehicles, and higher interest rates to compensate for the buyer risks. The BHPH culture grew, and for many Americans during economic slumps, it was the only option available.

We experienced a second surge in dealership direct financing during the 2008 financial crisis. There have been a few reformation changes implemented since the 70s, including state-based limits on fees and interest. Overall, the BHPH industry grew strong again and continues to be a dependable profit source.

Why Some Dealers Embraced It

Dealerships learned early on that despite the risk in lending to low-income, poor credit buyers, there was still a tremendous opportunity to generate a second stream of revenue. Instead of turning away potential buyers who were unable to secure traditional institutional financing, the dealer could turn each encounter into a sale. Another added benefit was inventory. Often, the older model, high mileage trade-ins not worth keeping on the lot for traditional buyers would be sold off. Using those cars as BHPH inventory meant reaping additional dollars on those older trade-ins. Some might argue that creating a subprime lending operation within the dealership is too risky. It can be a hassle to chase down car payments and manage the back-office accounting for direct lending. Most who explored adding BHPH to their operations and implemented the basics correctly were successful.

How to Add BHPH as a Revenue Stream for Your Dealership

If you’re looking to consider BHPH in your dealership, you’ll need to add a few extras to your operational practices. This also means you might need additional staff, dedicated software, and accounting. You’ll have cash flow as your borrowers come in to pay weekly with cash. You’ll have to also manage your BHPH inventory. There will be statements and interest accruals that will need to be tracked. Fundamentally, this is a stream of business in subprime management more than it is one of selling cars.

Ken Shilson, the National Alliance of BHPH Dealers (NABD) founder and president, has mentioned in past interviews that misunderstanding the difference between these two types of operations is a critical first mistake. Look into suggestions and best practices offered by the National Alliance of Buy Here, Pay Here. It can be a great resource for your dealership in general as you explore your options.

A car deal in a BHPH operation is the opposite of a traditional car buying process, too. For your new car side of the house, potential buyers are selective about their choice in vehicles. In a BHPH deal, buyers know they’re limited, and essentially, you’ll do the vehicle choosing for them. Down payment, monthly payment, and vehicle options are determined instead by the dealership. You’ll assign a value to your cars, based on higher interest, and calculate your expected down payment. This may limit a buyer’s choices of available cars, but they’re expecting it. Since there aren’t many other options available to them, they’ll likely take what they can get.

I sold cars for a few years at a dealership that also expanded to offer BHPH. It wasn’t uncommon for me to sell several new, $50k vehicles and then shift gears for the occasional five or ten, $10k buy here, pay here deals in a given month. It’s a different audience of buyers and conversation altogether.

From my own experience selling in a BHPH environment, here are a few guidelines to follow:

In our dealership, we installed devices in the BHPH cars. These devices were tamper-proof, connected to the ignition system, and code managed remotely. Should a buyer stop making payments, the dealership can disengage the vehicle’s ignition. The device also served as a tracking unit, should those buyers bail altogether, and the car need to be recovered. There are a host of varying devices available should you consider using them. I remember customers calling in, ranting that they were stuck in a parking lot somewhere when the interrupters were engaged. It certainly helps some folks prioritize their weekly payments.

I also recall one buyer ghosting us entirely. We traced the car across two states and sent our in-house transport to pick it up. When it got back to the lot, we were shocked to see the van was packed, floor to roof, with trash. Our former buyer left town and appeared to have been living in the vehicle before ultimately abandoning it. Of course, you’ll run the risk of having a similar situation in your dealership. But, it’s important to note, this was a rare occurrence during my sales tenure.

How to Grow Your BHPH Business

If you already have a BHPH side of the house, you might be more interested in learning about growth strategies and marketing. You may already understand the difference between selling cars and managing a subprime portfolio. It’s also critical to apply that separation into your marketing as well.

When marketing to your BHPH audience, it’s important to note that these buyers’ cycles are different. Their preferences and personas are also different from your new car buyers. According to some studies, they are predominantly women, around 39 years old, and earn less than $50k annually. They are credit challenged, meaning they’ll be sold on a solution to their financial problems, not necessarily the car. Instead, they’ll need to be sold on your ability to get them financed. Target your messaging to solving their financing hurdles in house. Be the one-stop-shop for everyone to get approved.

Create a Separate Brand for your BHPH

If you’re a new car dealer, you may want to consider creating a separate voice and brand entirely for your BHPH options. Many dealerships include their subprime lending services on their websites, using audience-specific messaging and landing pages. Using your dealership’s social media is a great way to build a local community of potential buyers. Solving one family’s problems can often lead to word of mouth promotion and referral buyers. Build a following in your market as the place to go for those who are potential credit risks. Connect with your local unemployment offices or workforce development programs. Leave flyers where the potential BHPH buyers routinely visit. Gas stations, churches, neighborhood diners, and thrift stores are all great places to advertise.

I think it’s safe to assume that BHPH is here to stay. Regardless of the condition of the current economy, there will always be a pool of buyers with less than stellar borrowing abilities. If you’re considering adding or enhancing BHPH options at your dealership, it may be a solid investment in a secondary revenue channel. Knowing the best way to launch and grow a subprime, in-house lending platform can mean substantial profit growth.