Automaker General Motors is completing improvements to three key manufacturing plants in New York State and a fourth in Ohio. The improvements promise to help GM produce innovative engine and powertrain technologies in the near future, and to improve the competitiveness of GM, as well as U.S. auto manufacturing.

In December of 2016, GM announced investments of $552 million for manufacturing facilities in Buffalo, Lockport, and Rochester, New York and Parma, Ohio. Announcements about the investments suggested that the New York expansions were intended to support new engine technologies. GM vice president Cathy Clegg was quoted as saying that the projects would allow the company “to support the production of future engines and vehicles.” In a parallel release from the New York State governor’s office, highlighting the $334 million designated for New York operations, Governor Andrew M. Cuomo said he was looking forward to his state’s hosting “the next generation of automotive technology.” Cuomo’s office gave an expected completion date of December 2018 for the projects.

In speaking with Dealer News Today, General Motors representatives were reluctant to connect the plant expansions with any specific vehicles. However, Paul Tanis, engineering manager at Tonawanda, did tell us that GM’s investment in the plant “will allow considerable changes to the assembly line, introducing some new pieces of equipment, and upgrading and changing some older pieces.” The project does not add any new square footage to the facility, he said.

GM avoids change just for the sake of change, Tanis stressed. “Our basic manufacturing fundamentals continue to be CNC [computer numerical control] machines — and robots, where they make sense,” said. “GM always looks at what technologies are out there and evaluates a new technology to decide whether it is applicable and where it is on the cost-effectiveness curve. We don’t want to just go buy something new because it is new.”

Tanis’s comments indicate that GM’s investments at Tonawanda support incremental improvements in manufacturing technology: “The thing that continues to change,” he told us, “is that we keep working at greater efficiencies. So the improvements are not so much breakthroughs as continuing to achieve efficiencies and flexibility.”

When it comes to flexibility, Tonawanda has developed production lines that are capable of producing multiple products with minimal changeover time. “For example,” said Mary Ann J. Brown, plant communications manager, “in the Ecotec3 family, we make a 4.3, 5.3, and 6.2 liter engine for large SUVs. The production line uses equipment that is lean and agile and flexible, and that can build all those iterations on the same line.”

These days, though, the changeover on the production equipment itself isn’t so much of a challenge, Tanis stressed: “The limiting factor is the parts delivery. You can change over the machinery. In fact, the machinery changes itself over. What you have to have is enough advance warning for the material delivery department to order and deliver the new parts.”

When the name change was announced, Mark Reuss, executive vice president for global product development, said that the “propulsion systems” designation better reflected the diversity of technologies GM is deploying in its vehicles, “ranging from high-tech three-cylinder gasoline engines to fuel cells, V8 diesel engines to battery electric systems, and 6-, 7-, 8-, 9- and 10-speed to continuously variable transmissions.” The term “powertrain,” officials noted, implies a traditional internal combustion engine tied to a transmission, whereas the future lies in broader models of vehicle propulsion. Already at the time of the announcement, nearly 50 percent of GM’s propulsion-systems engineering workforce was involved with alternative or electrified systems.

The Parma Metal Center in Ohio produces stamped parts and assemblies for Chevrolet, Buick, GMC, and Cadillac vehicles manufactured in North America. The plant processes over 1,000 tons of steel a day and produced 86 million parts in 2017. The recent $218 million is by far GM’s largest investment in Parma for the last decade. The money is designated for new progressive presses, dies, and sub-assemblies — again, suggesting that GM is gearing up for the production of new designs now emerging from its innovation efforts.

Governor Cuomo’s office emphasized the economic benefits of the factory expansions. The New York-based projects were expected to support 67 new jobs at Tonawanda and to retain 1,194 positions at the three plants. The New York financing entity Empire State Development committed to tax credits and $7 million in capital grants to support the project. The governor’s announcement said that GM maintains some 4,200 manufacturing jobs in the state. The Parma Metal Center employs 1,344 people, and pays over $109 million yearly in wages. 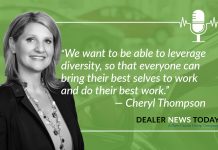 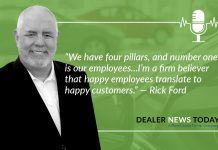 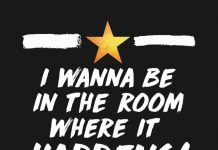