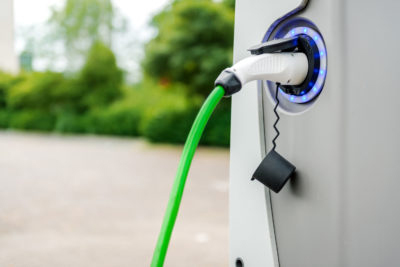 Canada’s Prime Minister, Justin Trudeau, spoke to the Prospectors and Developers Association of Canada last Monday and announced an expansion of the federal incentive program for EV use in the mining sector. In an effort to encourage businesses to use electric vehicle technology, including those vehicles used more off-road, federal tax write-offs are now available. The original rebate program, launched last May to include public sector EV purchases, is so popular, nearly half of the delegated budget is gone.

The Prime Minister’s Support of EV Tech in Mining

Mr. Trudeau thinks this is ‘only the beginning’ of government support of the mining industry in Canada. He praised Goldcorp’s Borden mine, located in Chapleau, Ontario, as achieving the status of the country’s first all-electric underground mining operation. The Prime Minister also lends credit to MacLean Engineering, the company that produces these mining EVs. He says, “electric vehicles are not just for city streets.” Canada is seeing growing popularity and support in efforts for reducing emissions, at the business level as well as the consumer level.

Launched last May, the original program offered up to $5000 in rebates to consumers who purchased all-electric, hybrid, or hydrogen cell-powered passenger vehicles. This rebate platform was embraced by many, able to use the rebate to offset the price differences compared to gas-powered cars. The $300 million, allocated at the federal level with intentions of funding for three years on a first-come-first-serve basis, is almost half claimed as of January this year. The Transport Minister, Marc Garneau, told the public in January, that due to its popularity, and $134 million already spent, he would consider expanding the program.

At the province level, there are other incentives in place to encourage EV adoption. For example, British Columbia has the Zero Emission Vehicle Act in place that requires electric vehicle sales to meet benchmark percentages over time. Quebec has a similar long-term strategy in place called the ZEV Standard. There are several non-government rebates available to consumers, including SCRAP-IT, that pays $6,000 to B.C. drivers who are buying an EV and scrapping their gas cars. In Ontario, Plug’n Drive launched a $1,000 consumer incentive towards the purchase of used electric models for those who are willing to recycle their combustion engine models.

What This Latest Expanded Program Will Offer Now

The original program is being extended to now include off-road vehicles used in a variety of business-related industries, including farming and mining. The 100% of the purchase price write off is available on vehicles in operation before 2024. This includes price tags up to $55,000. This new incentive is not available for vehicles that may already qualify for the sister program, currently being offered to consumers.

Canada is setting the example by offering federally funded rebates to consumers, and more recently, the business and mining sectors. It signifies changes to more embrace more environmentally conscious operations, that may not be here in the U.S. yet, but could be in the future.