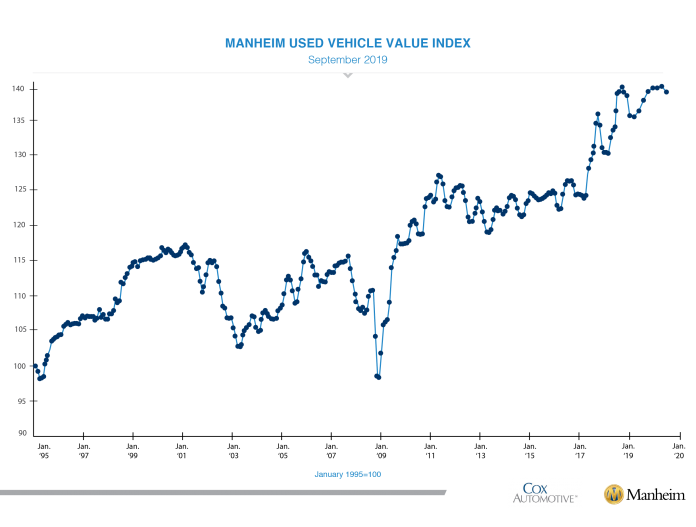 The era of meteoric used vehicle sales seems to be over, at least for the present. In a recent conference call that touched on the used vehicle market, Cox Automotive economists Jonathan Smoke and Zo Rahim noted that prices for used vehicles declined in September – they were flat in July and rose in August —  and that they may continue to fall as dealers and manufacturers push more incentives and discounts for new vehicles.

“Used prices had seen month-over-month gains as we moved past the spring selling season heading into summer this year, but that is no longer the case heading into fall,” Zo Rahim, Cox Automotive manager of economics and industry insights, said in a quarterly conference last week.

Incentives and low-interest rates that are attempting to revive the new car market have likely led to weakness in the used car market and could impact used car values through the end of this year.

“That effectively becomes my biggest concern that could weigh on used vehicle values through the end of the year and even to start next year,” said Smoke.