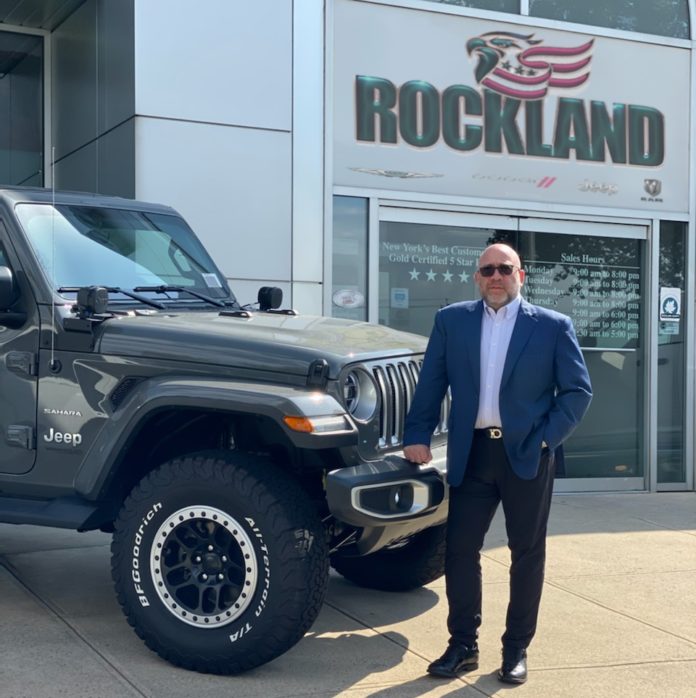 Ask anyone in the auto dealership industry about running a successful business, and you’ll be met with similar answers: it is full of its fair share of ups and downs and in betweens. Jonathan Pearlmutter is no stranger to the peaks and valleys of managing a store. In his own career, the lows he had experienced drove him to work harder, achieve more, and do as much for his customers and employees as possible.

The First Climb
Jonathan started selling cars in 1991 at a Ford store in Brooklyn, New York, and it came at a rather exciting time for the auto industry. The owners were chosen to be among one of the original 90 dealerships to open a Saturn store, something that was of interest to Pearlmutter.

“I was reading about Saturn and really enjoyed it,” Pearlmutter told Dealer News Today. He ended up moving to the Saturn dealership as a Sales Manager after just six months at Ford, and stayed there for more than a decade.

In 2002, Pearlmutter was approached to become an owner/operator of two Saturn stores, thanks to his experience and tenure with the brand as a Sales Manager. The opportunity sort of fell into his lap; the owner of a nearby BMW dealer purchased Saturn of Bay Ridge and Saturn of Staten Island, however the disparity of how the brands are marketed and operated were too much, so they looked to someone with more experience to take over the business.

“He walked into my office one day and said, ‘Do you want to buy Saturn of Bay Ridge and Saturn of Staten Island?’ So I said, ‘Sure.’”

That’s how Jonathan first came to be an owner/operator.

Jonathan proved his mettle with General Motors. In 2005, they had a “critical case” with a Chevrolet store that wasn’t doing well. Pearlmutter was asked to purchase it.

“I was across the street; logistically it worked, so I bought that store,” he said.

The Way Down
Unfortunately for Pearlmutter, Saturn was not a steadfast brand. The stock market crash forced GM to cut its losses and drop some brands, Saturn being one of the brands to perish.  For Jonathan, it was an opportunity to step back and re-evaluate his place in the automotive business.

“I was losing both my Saturn stores and for me to be able to survive, I sold the Chevy store and closed the two Saturn stores.”

But this is what really separates Jonathan from other dealers. When he closed his Saturn stores in 2007, he carried enormous debt that was left over from the natural course of operating his dealerships. The majority of other dealers in Jonathan’s shoes declared bankruptcy. He did not. He knew he would want to be a dealer again, so he paid all his debt off over time.

Jonathan went back into dealership management. In 2008, he became the Executive Manager at Infiniti of Manhattan, where he stayed until 2014. While he drove success on the import side well, Jonathan says General Motors was “always on his mind.”

The Climb Back Up
In the years leading out of the recession, White Plains Buick-GMC in Westchester County, NY faced some challenges that finally came to a head in 2014. Jonathan knew the owners, Evan Perkins and his father, as fellow former Saturn dealers. They asked him to come in and turn that struggling store around in the role of Executive Manager. He accepted the role and left Infiniti of Manhattan.

In 2015, General Motors closed the Staten Island Buick-GMC store. It was a dealership that couldn’t recover from the aftermath of Hurricane Sandy. For Jonathan, that news spelled opportunity.

“I had the bug to become a dealer again. I had a piece of property on Staten Island that I knew I could get,” Pearlmutter said.

He applied to General Motors for an open point, which he was awarded over 11 other GM dealer applicants. DCG’s Brian Brown was working for GM at the time and guided Jonathan through the open point franchise application process.

But he knew he couldn’t continue his commitment in White Plains, so he approached Evan and asked if he and his father wanted to partner to build the Staten Island franchise Jonathan had been awarded. They declined, but instead offered to sell the White Plains store to Jonathan. After more than eight years, he was back in ownership again. Jonathan turned to a private equity firm to provide the financing to make his vision for Staten Island – and upgrades at White Plains – a reality.

What Goes Up
In the fall of 2017, that private equity firm acquired the majority stake in Prime Motor Group and, suddenly, he had to operate under a new set of rules and regulations. The oil-and-water mixture was apparent immediately. He knew he would have to find a different path to get back to where he wanted to be.

“I couldn’t work for them (Prime),” Jonathan recalls. “It was a big organization. I like having a family-run store.”

Pearlmutter reconnected with Brian Brown, now part of Dave Cantin Group, and they found the right store for him to purchase. He sold his interest in the other two stores and purchased Rockland Chrysler Dodge Jeep Ram in November of 2018.

Back At the Top
Having experienced success at running other dealerships, he immediately had the vision for the opportunities that the previous owners might have been missing. By reinvesting in the business – adding and replacing needed equipment including 15 service department lifts – and the people, Rockland CDJR’s first year under Pearlmutter has been a success.

“We’re retaining and hiring more people,” said Jonathan. “We’ve added nine technicians and nearly doubled the service & parts business. There was no 401k match [for employees], so we started to match,” and that match percentage doubles come January 2020.

It’s not just about hiring warm bodies either. Jonathan believes that employee satisfaction starts with the interview process.

“You have to hire the best and compensate them very well,” he said. “I’m a true believer in having good managers and letting them manage.”

Although he lets his lieutenants make their own decisions, Jonathan remains very present in running his store. He works six days a week, getting in early, checking in with the service drive and being present in a supportive role for his employees. He’s well aware that his role is to keep his customers and employees happy. Once the excitement to go to work breaks down, employee satisfaction and customer satisfaction are at risk.

The results speak for themselves. Jonathan has greatly increased sales across the board at Rockland CDJR. The service department, parts department, new, used and internet sales have all reported year-over-year gains.

The Legacy Continues
The only person he brought with him to Rockland CDJR was his son, Robert. A graduate of The Ohio State University, Robert never thought about working in the automotive industry. He started working various positions at White Plains Buick GMC to learn the business and found the love and passion that his father has. Robert has now developed his own path of success in the dealership industry. He’s currently a Sales Manager at Rockland CDJR.

While he only has this one store currently, Jonathan is not opposed to growing. He has an eye open for other opportunities regionally. The work ethic and the passion for creating positive dealership experiences for both employees and customers will continue to pay off.

In an industry filled with highs and lows, there are so many different aspects where you can find highs and be motivated by lows. For Jonathan Pearlmutter, the trick was turning those valleys into mountains.