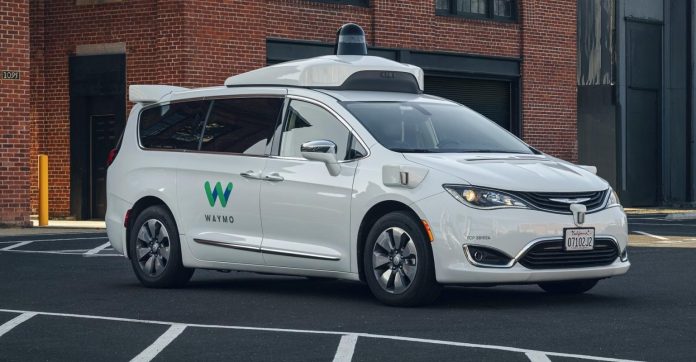 There has been a host of industry developments regarding self-driving and hybrid technology expansions. Despite the halting of the economy due to the pandemic, the industry surges forward in embracing and enhancing new autonomous solutions. Fiat Chrysler Automobiles announced its partnership with Waymo a few years ago and together introduced a self-driving van that continues to be popular today. But last week, the dynamic duo revealed more innovations are on the way. And it’s another leap into the future.

Self-driving vehicle advancements were already gaining ground over the last year or so. But COVID-19 happened and seemed to stall the priority to develop new technologies. Automakers have been focusing on getting traditional business models back on track first, and rightfully so. But it doesn’t mean the AV strategies have been abandoned altogether. In fact, in recent weeks, many announcements have been made from several companies, highlighting a return to self-driving design plans. Many of the trajectories are now targeting the autonomous fleet delivery and transportation industries, in light of the pandemic.

Waymo and FCA have already proven to be successful in their autonomous vehicle endeavors. Together, the two companies collaborated on a minivan design that features self-driving technology. These vans are common on the streets as robo-taxis, in California and Arizona. But the expansion plans continue, and this recent announcement outlines just how FCA and Waymo will be branching out.

What the Companies Plan to Do Next

FCA intends to expand its current self-driving tech throughout its entire fleet. Waymo and FCA said last week that they would be collaborating further in the delivery segment, including integration with the Ram ProMaster van. FCA also has selected Waymo as its “exclusive provider,” meaning any product updates or new vehicle, Level 4 self-driving technology will only be with Waymo. It’s clear the two have a solid working partnership that both companies feel will be the ideal platform from which to grow their AV expansions.

Automation of Everything, Including the Cars and How You Sell Them

This latest announcement about FCA and Waymo’s plans to branch out in their development of AV is a reminder that automation is key. While the manufacturing segments are exploring how to make automated cars, dealers can be looking for ways to enhance how automation can help at the dealership level. In a recent conversation with Steve Zabawa, the Co-Founder of Rimrock Auto Group and WebBuy, the oldest digital retailing company, Dave Cantin, gets insights about automation requirements for business these days. Zabawa says, “are we just waiting for Jeff Bezos to come in?” He suggests dealers need to be moving their technology enhancements forward just as readily as the automakers are to move forward in development. Dealers, much like the automakers, were once in survival mode and looking to navigate their operations through shutdown conditions. But now is the time to explore digital and virtual solutions that change and improve processes and efficiencies.

The car buying process, the operations and data management behind the scenes, and the vehicles themselves are all moving toward complete automation. This FCA announcement to return to a commitment to developing new self-driving technology reminds dealers that the quest for innovation should never be abandoned.