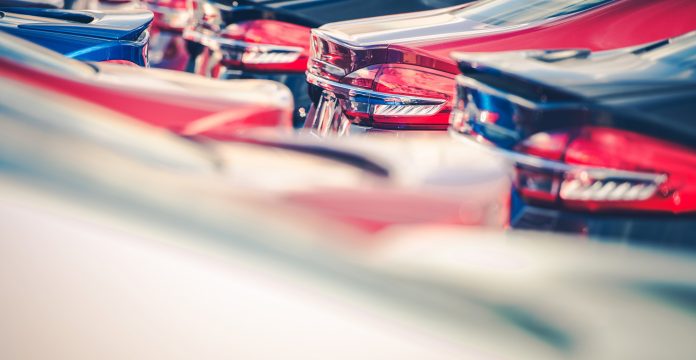 Ford is making headlines this week, as the automotive company announced plans to scrap most of its passenger cars over the next few years in favor of more crossovers and SUVs. Automotive News’ Michael Martinez claims we will soon say bye-bye to the Ford Focus, with the Taurus and Fiesta following suit:

Here’s when Ford will end production of its cars:

Fusion will stick around for at least a couple more years. Focus Active will be imported from China starting in mid-2019.

According to Reuters, Ford’s plan is to keep the popular Mustang (which happened to make its debut 50 years ago this month) and a new compact crossover called Focus Active starting in 2019.

It is reported that utility vehicles are more lucrative to the Ford Motor Company in the United States versus the conventional vehicles, such as sedans and hatchbacks. Pickup trucks are also a priority, with the 2019 Ranger scheduled to arrive at dealers in the second part of the year.

Why the demand for bigger and seemingly less-fuel efficient vehicles? Actually, it has nothing to do with fuel at all.

“The fuel economy trade-off is not nearly as much of a trade-off as it used to be,” Raj Nair, head of Ford’s North American operations, said in an interview according to Bloomberg. “We anticipate SUVs becoming more and more popular, which is why we are focusing a lot of our investment in that segment.”

While technology is moving us forward and fast with alternative powered vehicles, sales still speak volumes for the gas-powered vehicle. At the end of 2017, truck and SUV sales were up, with the Toyota RAV4 outselling Camry. Ford Motor Company said the sales of the manufacturer’s trucks and SUVs were up for the first half of 2017. GM benefited from its crossovers and SUVs that buoyed sales to 1.9 percent above their March 2016 levels.

Of course, there is speculation it has a lot to do with making a bold move to woo investors, and the numbers seem to speak to that effect.

Ford stock is up 2% after yesterday’s news that the Ford brand is killing all sedans in North America. (GM stock is down 2% today.) JP Morgan analyst says plan “is just the sort of bold and decisive action we believe investors have been waiting for.”

Perhaps it’s just that automakers have learned that the best selling strategy is to have compelling products in every segment.

Bloomberg reported last year that luxury car companies are facing a unique challenge in the massive growth in popularity of crossovers in recent years. The fact that luxury sedans are slowing down in sales isn’t a big surprise, and now companies are making the adjustments to accommodate the shift in sales for new models.