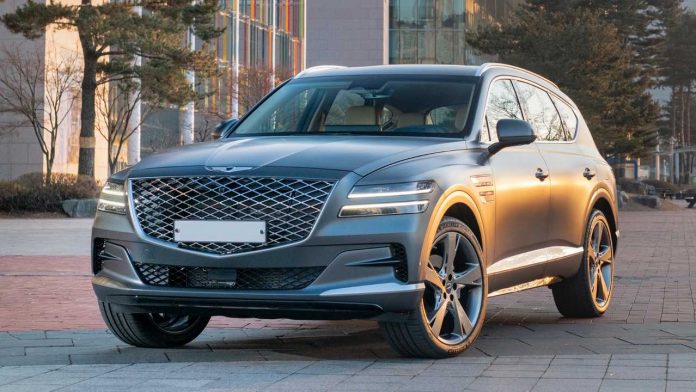 Genesis leadership discussed plans for intense growth during the NADA Show in Las Vegas last month. In fact, the automaker is gearing up to nearly double its vehicle lineup in the coming years. To achieve this growth, Genesis has aggressive goals that include new vehicle plans and dealership operational upgrades. Genesis is introducing the GV80 now, the brand’s first crossover, and recently featured during the Super Bowl with the celebrity couple, John Legend and Chrissy Teigen. It’s hard to say how much this commercial is driving the popularity of the latest luxury model for Genesis. But, the pre-orders are flooding in, and the company is racing to prepare its dealer partners.

Sharing Their Plan at the NADA Show

Genesis executives shared plan details during their NADA Show make meeting, which include doubling the vehicle portfolio over the next several years. They also indicated a new compensation program is in the works that is designed to put the spotlight on the dealer facility upgrades. A compact crossover model is in the works for 2021 and an electric vehicle by 2022. The automaker’s first crossover will be landing this summer. You might recall the Super Bowl ad for the GV80, featuring John Legend and Chrissy Teigen.

The GV80 Is Already Popular

Genesis doesn’t have pricing outlined yet, but still, the GV80 is already gaining ground in popularity with consumers. When the pre-order sales numbers are substantial before price structures have been determined, you know you have something special. Peter Lanzavecchia, who owns Genesis of Cherry Hill in New Jersey, is quoted in Automotive News, “a third of our 2020 calendar year” is already being pre-ordered by customers. At this rate, more than half of the year’s total production will be pre-sold.

Brand Ops Getting a Revamp

Genesis Motors is part of the Hyundai Motor Group, based in South Korea. This business segment focuses entirely on luxury vehicles and launched its first Hyundai Genesis sedan in 2008. In 2015, Genesis became its own marque, separate from Hyundai. Vehicle rebrands came about in 2017, and Genesis has three models, including the G70, G80, and G90. With this recent influx of pre-orders, and along with the company’s plans to restructure compensation and facility upgrades, executives are hoping to differentiate the brand at the dealership level. Dealerships can expect to see shifts in separating Hyundai from Genesis if they aren’t already being notified. Lanzavecchia told Automotive News, dealers weren’t previously aware of the separation and integration plans. He says details are rolling out quickly, but the information is “not getting to the dealers fast enough.”

Genesis is also finalizing a strategy regarding a certified pre-owned program for those models set to come off 2016 lease agreements. Franchise dealers are buying them up now but awaiting further instructions and platform details for certifying them. Once those steps disseminate from Genesis, the dealers can begin adjusting their operations to incorporate certified pre-owned Genesis vehicles.

While the pre-orders and growth plans are exciting, some dealers are scrambling to keep up with the automaker’s plans. Executives are enthusiastic as they race to roll out upgrades, strategies, and new vehicles. Dealers can get excited, too, as they prepare for a flurry of upgrades and showroom activity to come.