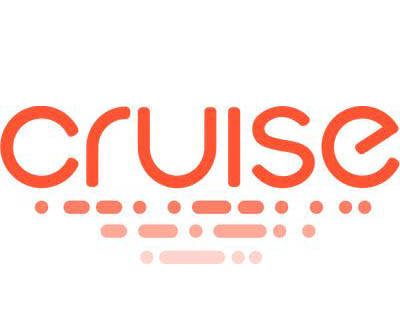 GM’s Cruise unit recently unveiled the boxy-looking, Cruise Origin. This electric and fully autonomous vehicle is on its way to production, per a statement by Cruise, LLC’s Chief Executive Officer, Dan Ammann, last week. While he goes on to say the timelines aren’t completely certain at this time, due to the nature of the relatively new venture, he confirms progress is moving quickly.

We highlighted the details of this recent announcement in Part 1 of this series. In exploring beyond the headline, we wanted to learn how autonomous vehicles might change the landscape for dealers around the country. Ride-sharing services are growing, as are the unique designs of self-driving vehicles. What should a franchise dealer expect to change at the showroom level, as a result?

More Than A Pipe Dream

Over the years, the public has always enjoyed seeing spec models and vehicle prototypes that allow us to peak into the future. While we’re not quite ready for flying cars, the world of autonomous cars is coming. Some of the past designs have come and gone. But, with Cruise’s recent unveiling and promise of production, self-driving models will soon be on the road. As they explore these products within a ride-share service platform first, it may be a sign of bigger transitions to come.

Automakers Are Jumping on the Ride-Share Train

The explosion of companies like Uber and Lyft has created a need at the consumer level, for a reliable vehicle to shuttle strangers. Many manufacturers have already launched ride-share friendly buying and leasing options, designed to suit the popular side hustle taxi-service. It has become a revenue stream that many, including Nissan, Toyota, and Chevrolet, have all developed marketing strategies to better leverage. At the franchise dealer level, you may have noticed an influx of ride-share related consumer buying inquiries and positioned your dealership in line with your manufacturing brand’s incentives. While you may feel the shift to embrace a new need for fuel economic Uber cars, you might want to prepare for autonomous shifting as well.

A Shift from Driver Assistance to Driver Alternative Technology

Dealers have adapted to the various technology, and driver assistance advances over the years. With each new model, your sales teams learn how to introduce new features. Your service departments get updates for maintenance and repairs of all the latest tech too. Most of these driver assistance extras are designed to create a safer driving experience. Soon, you may have to prepare for what some consider the safest features of all – those that allow a vehicle to operate, without the potential for human error. Imagine your dealership’s ability to sell, service, and maintain fleets of autonomous vehicles. Or worse yet, what happens if consumers shift away from buying vehicles altogether because autonomous ride-share is a more economical solution than vehicle ownership? Dan Ammann says the Cruise Origin is not only cheaper to make (half the cost, actually), but it’s also roomier than a minivan, and about $5000 cheaper per year than owning a car.

Some of the design innovations are outpacing the federal government’s ability to keep up with establishing regulations, permissions, and guidelines for a robotic-car roadway. In the meantime, some say impatient automakers may opt to augment existing model portfolios with self-driving features. The Cruise Origin may take time to launch without a steering wheel or pedals. However, existing models may begin launching sooner with self-driving options that consumers may embrace immediately. This might be mean instead of shifting away from ownership altogether, consumers will first have an opportunity to own and use self-driving tech as a function.

Sure, Back to the Future didn’t get the timeline right, and none of these flying and robo-car shifts are expected to take place overnight. You probably won’t need to implement any changes yet at the showroom level. However, you can be embracing the ride-share culture now and look to target those consumers with shuttle service vehicle needs. You may want to keep a keen eye on the advancement in autonomous vehicles. Preparing your teams for the technology to come can help your franchise keep a finger on the pulse of changing transportation and buying habits.

As for the Cruise Origin, GM will produce it, and its Cruise unit will launch it first, as part of its stand-alone ride-share service platform. Its success will depend entirely on public acceptance and opinion. If the shuttle service is as competitively priced as Dan Ammann says it will be, and people flock to the new way of getting around, you may see changes at the showroom level sooner than later.