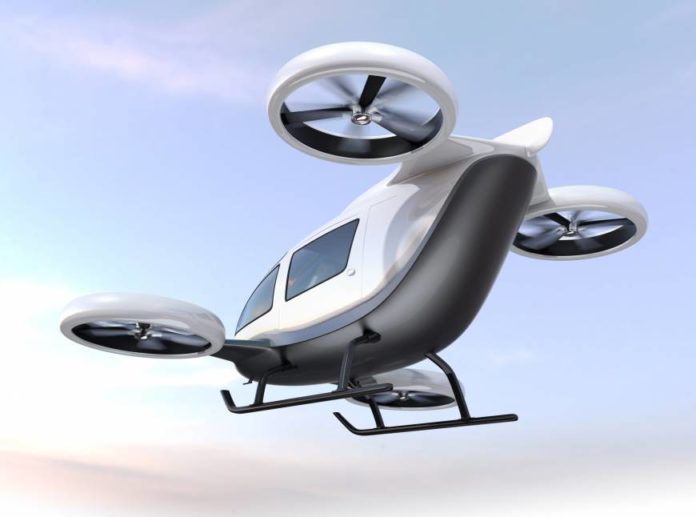 The model for Blade Runner’s futuristic urban vision back when it was filmed in the 1980s was Tokyo, and it turns out that Japan may be getting serious about the idea of flying cars. Bloomberg recently profiled Japan’s Ministry of Economy, Trade, and Industry (METI), which is responsible for ensuring that Japan doesn’t fall behind the economic curve. The article introduces readers to Fumiaki Ebihara, a METI employee who believes that vehicle travel on the ground will one day become obsolete.

“The flying-car future is coming, he wagered, and Japan could realistically figure it out first,” wrote Matthew Campbell, Jie Ma and Kiyotaka Matsuda for Bloomberg Hyperdrive. “[Ebihara has] since put himself at the center of what might be the world’s most comprehensive government effort to understand and encourage flying cars—defined as electric-powered vertical takeoff and landing vehicles that will ultimately be largely or fully autonomous—as a way to revamp everyday mobility.”

“Wait,” you may be wondering. “This is serious? Not a remake of The Jetsons?”

Yes, this is serious. METI has already created a “national road map” for the development of autonomous flying cars that has been signed onto by technology industry leaders. It has also put in place a government framework to define and advance regulations. If the plan gets pulled off, the first flying robot taxis could take off in Japan by the end of the 2020s. The government of Prime Minister Shinzo Abe has said it’s fully behind the initiative.

It’s not clear which private companies will take the leading in the flying robot taxi initiative, although Boeing Co. and Airbus SE have reportedly signed onto the program, as have Uber and Subaru. To be sure, Japan may have some competition. Dubai, Singapore, and New Zealand have all expressed similar wishes to be pioneers in flying cars, as has Google founder Larry Page with his Kitty Hawk Corporation.

For the rest of us, and for now, we’ll have to content ourselves with pizza delivery by drone and rewatching Blade Runner.