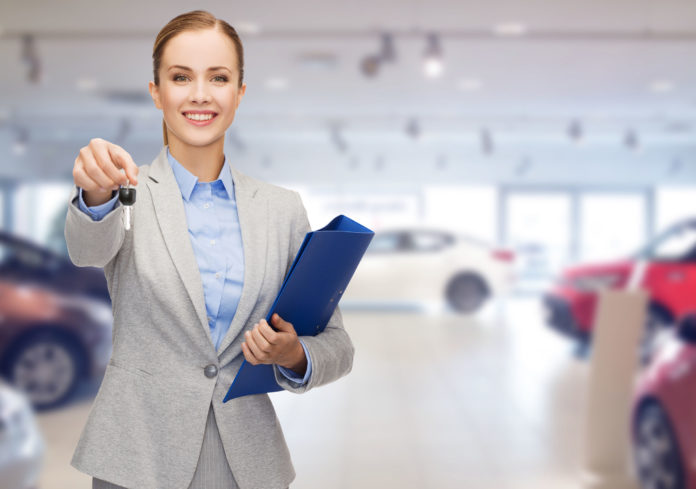 “I want to put you in this car today. How much do you make?”

The days are disappearing when a credit application can start with that conversation. Regulators and law enforcement are clamping down on consumer credit processes, and finance companies are less and less willing to be left holding the bag when car buyers default on their accounts. That translates into slow credit approvals, especially in subprime territory, or when a FICO score is marginal.

A slow approval can mean sending the customer away without their car. In the case of a fraudulent application, the dealer can be stuck paying for a bad deal — or worse, charged with a crime by state authorities. Yes, you heard that right: Sending in phoney stips could mean an orange jumpsuit.

PointPredictive Inc. develops artificial intelligence solutions designed to reduce fraud. The company’s research shows that about $6 billion in auto loan originations yearly contain misrepresentations and fraud, according to Frank McKenna, chief fraud strategist at PointPredictive. That number has climbed from less than $2.5 billion in 2009.

This has generated reasonable concerns over increasing losses and legal risks. As a result, auto finance companies are tightening up their processes for reviewing retail installment contracts (RICs), and are looking for new solutions for mitigating fraud risk.

As one example, TurboPass Corporation, an Austin, Texas-based software firm, has developed a solution that promises to tighten up some of the riskiest elements of the auto loan application process. TurboPass promises to reduce the possibility of fraudulent borrowing, while speeding up the process of loan approval and increasing the trust and confidence between borrower, lender, and dealer.

As another example, PointPredictive just announced the release of IncomePASS, a machine-learning solution for income validation. Even credit-reporting agency Equifax offers a database called The Work Number, which is used by many lenders to verify income and employment.

Automobile finance companies are noting some worrisome trends in loan delinquencies, especially in the subprime waters they tend to swim in. And while delinquency is always a risk in the finance business, there’s no reason to lose more money on bad loans than you have to.

According to the American Bankers Association (ABA), delinquencies on indirect auto loans in the U.S. have been increasing since 2016, and reached 2.08% for the first quarter of 2019. Direct lenders, that is, banks and credit unions, suffer lower delinquency rates because of their focus on credit scores above 760. Indirect lenders are the ones in the most trouble, wrote Jack McCabe, economic research analyst at ABA:

“Since the Great Recession, auto loan originations have gone predominantly to borrowers with credit scores above 760, but originations to subprime borrowers (less than 620) have nearly reached pre-crisis levels. Digging deeper, the profile of auto loan balances held at different types of institutions tells an important story. The rise in subprime lending has been driven almost exclusively by auto finance companies, where around 35 percent of auto loan balances are subprime. The collective balance of auto loans at banks and credit unions is only 12 percent subprime, while more than one-third of the loans are to borrowers with credit scores above 760. Auto lending done by regulated depository institutions remains safe and sound.”

McCabe said that “delinquency rates for subprime borrowers at auto finance companies reached a high of 10.9 percent in 2009 before falling back to pre-crisis levels,” but that “they have risen back to the highs witnessed during the Great Recession even with the current strong economy.”

The Federal Reserve Bank of New York recently reported that the number of delinquent auto loans in the U.S. has been steadily increasing since 2011, and is now at its highest level since the bank started tracking this number 19 years ago. Seven million Americans are now 90 days or more late on their auto loan payments, which represents over “a million more troubled borrowers than there had been at the end of 2010 when the overall delinquency rates were at their worst,” Fed representatives commented.

Blocking Fraud and Error at the Credit Application Stage

One of the most vulnerable steps in the automobile credit application process arises when it’s time to confirm the customer’s income. Get that wrong, and the bank could unnecessarily deny the buyer’s credit, derailing the sale. Or approval can get delayed, even for days. Worse yet, credit could be approved for a buyer who really can’t afford the payments.

Understandably, banks have an interest in preventing bad loans. In the past, some lenders might have permitted sloppy credit-application procedures at the dealer level, but with increasing scrutiny by state attorneys general and federal enforcers, not to mention the potential for losses, financing institutions are tightening up on their reviews of RICs submitted from car dealers.

Dealer News Today spoke with Becky Chernek, who previously worked in dealership management and sales, and then served as district manager with F&I solutions provider JM&A Group before starting her own F&I training consultancy. We asked her about current trends in auto financing approval.

“Now more than ever, banks are validating information for accuracy,” she said. “If dealers are smart, they’re going to make sure the information they’re getting from the customer is correct and has been properly vetted before sharing with the bank. And dealer agreements with banks have changed. If people on the desk are powerbooking or overstating income and later the customer defaults, the dealer could be on the hook.”

Given the stricter oversight at banks and the increasing scrutiny of regulators and law enforcement, auto dealerships are coming under greater pressure to tighten up their F&I processes.

“Every day, the dealer is walking the line,” said Michael Jarman, CEO of TurboPass, in an interview with Dealer News Today. Dealerships have to manage a complex array of relationships with auto finance companies and captive lenders, and they have strong motivation to fit a customer with an institution that can offer an affordable monthly payment for a given car. “Lenders have this relationship with the dealer, and they don’t want to be too heavy-handed,” said Jarman, “but when it comes down to it, you have to verify the stated income. Unfortunately, sometimes you have inexperienced sales people asking questions like ‘How much money do you make?’”

That’s not always a straightforward question to answer. A consumer’s income might vary from week to week or from month to month. Individuals can have more than one job; families can have two incomes; some people receive retirement income or child support payments. Then there’s the difficulty of estimating and verifying self-employment income. Databases like The Work Number are less likely to have data on self-employed workers, or on those with poor or marginal credit.

“Verification of income and employment has always been such a tough nut to crack,” said risk-management consultant Zahid Kassem, speaking with Dealer News Today in an interview. Kassem previously worked in fraud prevention at consumer lenders Santander and Ally. “The trouble is that lenders are using tools that don’t give you the full picture. There’s not one solution that is all-encompassing.” Since starting his consulting practice, Kassem has been assisting financial institutions and financial technology companies, including TurboPass.

Stakes are high in the arena of credit approval. “The dealer is the first creditor,” Jarman said. “The owner of the dealership is stating that what is on the credit application is true. If it’s not, they have to buy it back.” In a worst-case scenario, a dealer employee or manager, or even the owner, might be liable for submitting fraudulent stips such as faked pay stubs, or for powerbooking to get a bigger advance on a RIC.

“We’re seeing news items now about dealers getting taken down by the FBI and state authorities because of all the shenanigans that can go on,” Jarman said. Indeed, such cases have cropped up in the news in recent months in Texas, South Carolina, Ohio, and other places. It’s good to note that an indictment is not evidence of criminal conduct; a defendant is presumed innocent unless convicted through due process of law.

Could Stips Go the Way of the Horse and Buggy?

Jarman’s TurboPass is a web-based software-as-a-service (SaaS) solution that gives the dealer and the lender secure access to what Jarman asserts is the most solid proof of identity, address, and ability to pay: The borrower’s bank statement. “It’s what we call ability-based lending,” Jarman told us. “It’s less about the FICO score and more about what I can validate directly from the customer’s proven income and expenses.”

Jarman said that TurboPass “is reaching what we hope is a critical mass.” Besides having the dealership on board, TurboPass requires the participation of the lending institution and the customer’s bank. When it’s time to seek advance credit approval, the customer requests a secure code from his or her bank, giving access to statement information. The dealer passes that code along to the lender, who then gets direct access to the banking report.

This process, Jarman stresses, is leaps-and-bounds more reliable than the inconsistent methods often used to provide proof of income, such as cell-phone pictures of crumpled pay stubs. “It’s like a Carfax on the customer: Who are you, and how are you going to pay for the car?”

Turbopass publicly cites Westlake Financial Services and First Help Financial as cooperating lenders, but Jarman told us he has a half-dozen specialty finance companies and two of the top auto lenders who are currently in testing or piloting phases, or in due diligence. To connect to the customer’s bank account, TurboPass uses “banking-data aggregators similar to the ones Quickbooks, Mint, and RocketMortgage use,” Jarman told us:

“In our case, we have limited ourselves. We don’t store any personal banking data. Once we connect  — with the consumer’s consent — we pull the last 90 days’ transactions, and create the report in a PDF.  We don’t save credentials, and we can only read the info — we can’t write to the file or anything. Then we allow the dealer to share the PDF with lenders who they’ve contracted with.”

Kassem told us that TurboPass is able to generate income verification for about 95 percent of customers. “TurboPass gives you what I call the true value of the consumer’s ability to pay, and it gives it to you in a more secure manner. From the bank statement, you have a picture of the total income coming in and payments going out, and you have a trusted source to verify it. It expedites things for the lenders, so they can fund the contract as quickly as their process allows them to.” In many cases, Kassem told us, the time frame can be reduced from one or two weeks to one or two days.