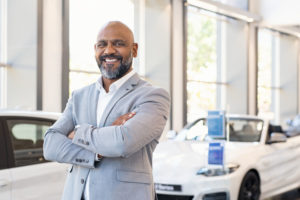 Cox Automotive just released its sales forecast for November. And it should instill holiday cheer in auto dealers across the country. Although this year’s November sales are anticipated to be down 0.4% from last year, they should be up nearly 4% from last month.

New light vehicles are expected to hit 1.39 million units this month, says Cox Automotive. The seasonally adjusted annual rate (SAAR) for November is anticipated to be around 16.9.

Year-end incentives and Black Friday are expected to contribute to this month’s healthy figures. There are also 26 selling days this November, which is one more day than last year. Having an extra day in the month is significant since, on average, there are 55,00 daily auto sales.

Furthermore, the end of GM’s strike is anticipated to give the auto industry a much-needed boost. The strike, which began on September 16th, finally came to a close last month.

“We believe GM fleet activity, and likely some retail, was significantly lower in October by tens of thousands of units as factory closures disrupted deliveries,” says Cox Automotive Senior Economist Charlie Chesbrough: “The question for the market this month is whether these sales were simply delayed, replaced or canceled.”

Cox Automotive points out that fleet sales are integral to overall profitability. While the new-car market has been on the decline this year, fleet sales are on the uptick.

If dealers can continue to keep fleet sales healthy, while also cashing in on an extra day this month, a new sales record is possible. SUVs are predicted to be this month’s best-sellers. Pickup trucks come in second, followed by compact and mid-size cars.

Currently, the all-time sales record for November was in 2017. Approximately 1,425 million vehicles were sold during that top-scoring month.