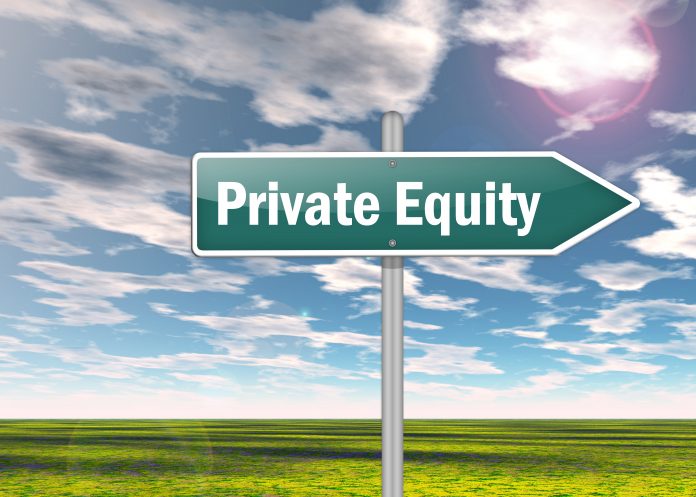 Ask any startup founder and you’ll get the same answer: there’s hardly anything more exciting than owning your own company. This holds true for auto dealers, too. Unfortunately, acquiring dealerships can be nearly impossible due to high barriers to entry, i.e. high capital requirements and tightly-controlled franchise markets. Jeffrey Lash is breaking down these barriers by partnering with existing dealers and giving them access to expansion capital through private equity. By building strong relationships with manufacturers, Lash is putting private equity at the forefront of successful automotive models. Dealers are able to expand and investors are able to partake in the high returns of a successful automotive group.

The automotive industry is the largest industry in the United States. The returns are higher than other investments and the industry is recession resilient. No wonder investors are looking to invest in the automotive market. Lash is leading the way towards this innovative and newly-evolving model, and he is excited to continue forging ahead with his vision. For Lash, it all started with a love of cars and selling restored vehicles out of his parents’ driveway.

From the age of 15, Lash loved restoring old cars with friends. By the age of 18, he was successfully selling them right on his property. This continued through college, after which Lash used his sales money to start his own used car lot. That perseverance and business acumen led him to a Nissan dealership in Massachusetts, where he quickly became the number one salesperson.

After spending several years learning all aspects of dealership sales, Lash decided he wanted to learn the back end of the automotive business, overseeing the service and parts departments of several large dealerships for years. Lash’s extensive experience in the front and back end of dealerships catapulted him into general manager positions. He quickly developed an extraordinary talent and reputation for turning around underperforming stores for large automotive groups.

This rare ability grabbed the attention of Volkswagen executives, who awarded Lash an open point franchise in one of their largest metro markets.

Of course, even an open point dealership requires a lot of upfront capital, but with help from private investors, Lash was able to open his first dealership in White Plains, New York. Lash’s friend and fellow entrepreneur, David Gentile, and other silent partners pooled their resources and funded the deal. Back then, this was unheard of in the car business, and for Lash, this was very much his first private equity deal.

“We got three other individuals to put capital into the deal. I put in capital as well, and we started our first dealership in the White Plains market,” says Lash. “Right out of the gate, we had great returns of about 30 plus percent a year. We paid back our investors, and actually progressed.”

After one year, Lash and his partners purchased another three dealerships and continued to build on that foundation.

At that point, the silent partners didn’t share the goal of expanding to 10 or 20 more stores, prompting Lash and his team to seek other investment options. Lash and Gentile turned to Jeffry Schneider, president of a private equity firm. They formed GPB Capital LLC with Lash appointed as Managing Partner of Automotive. It was a bold move, and one that was crucial to Lash and his partners’ expansion and future. Lash, accompanied by Schneider and Gentile, traveled the country presenting automotive as an investment strategy. Investors were very excited about this new opportunity in the automotive sector.

But raising capital wasn’t the only hurdle they would face. Manufacturers and banks weren’t exactly receptive to the concept of private equity being used to buy car dealerships. The banks didn’t want over 50 percent of equity to come from a private source. But Lash, along with Brian Brown, a 25-year General Motors veteran, spent years developing strong relationships with manufacturers and banks, and together they restructured banking and legal documents. As a result, manufacturers and banks felt reassured and confident that this business model might actually be a viable way to structure deals, and allow current dealers to expand.

Lash and his partners developed this structure years before Warren Buffett got into this sector. Buffett entering the space legitimized their strategy and further paved the way for private equity in the automotive arena.

Part of GPB’s strategy, which proved to be very successful, was requiring dealers to continue to operate the dealerships and retain a substantial financial stake in their business. Lash knew that by doing so, the interests of the investor and the dealer would be aligned, allowing both to benefit from the deal. “That was our pitch; if we allowed the dealer to maintain equity and autonomy, we would have greater success with the dealerships we were acquiring,” says Lash.

Lash also focused on acquiring diverse brands located in attractive growth markets, and in five years, GPB Capital grew exponentially. In 2013, GPB Capital started with four dealerships and by 2017, had acquired 35 dealerships. They had the second largest purchase in history with Prime Automotive Group, and by the end of 2017 had 66 dealerships. GPB’s current dealerships range from highline brands, such as Mercedes, Porsche and Audi, to Japanese brands, like Honda, Nissan and Toyota, to domestics, such as General Motors, Ford and Chrysler. GPB Capital’s annual sales reached $3.2 billion in 2017 and it is now the ninth largest auto group in the United States.

Jeffrey Lash aligned private equity with this automotive industry, which is something that hadn’t really been done before. When you acquire 66 dealerships through a private equity structure and close the second largest dealership group behind Warren Buffett, the future is paved with nothing but promise.

Lash has a new vision which builds on his experience and provides a more profitable structure on which to build the leading auto-dealer group in the USA. Lash has formed a new company, Masters Automotive Group LLC, in collaboration with LLEX Partners LP, a direct investment platform, which will deploy $1.4 billion to partner with four to six large automotive groups. These partners already have substantial infrastructure and management teams with shared histories of 30 to 40 years in place. This refined auto-dealership partnership design provides its capital partners and operating partners with a built-in foundation and opportunity to scale. According to Lash, “Under this new model, my team will be able to acquire four to six large platforms, taking its dealership partnership to a diverse brand and geographic portfolio of over 100 outlets within 18 months.”

This scalable model is the future of the automotive industry. By establishing these hubs, you put the automotive experts right in at the foundation; it is run by automotive people, not finance people.

“My vision for the next 20 years in the automotive industry is consolidation, consolidation, consolidation. I sense all those in the know would agree. It is the key to increasing efficiencies, rising new trends in car usage and improving professionalism across the industry,” says Lash. “I refined this hybrid approach that represents the best structure for both my manufacturer partners, and for my investment partners.”

Jeff Lash was the founding partner of GPB Capital’s automotive strategy, which included developing the firm’s investment strategy, risk management framework and portfolio strategy. He brings more than 28 years of automotive retail expertise with a focus on operations and underperforming dealership turnaround. At GPB Capital, Mr. Lash oversaw the various operating partners to enhance operational efficiencies at the dealership level while elevating its senior leadership team. He took GPB from four stores in 2014 to 66 stores and 16 different brands by the end of 2017 resulting in $3.2 billion in revenue and the accolades of being the ninth largest auto group in the United States. Additional accomplishments include running a portfolio of dealerships, restructuring large automotive retail portfolios and working as a consultant for a software company whose product focused on improving operations and providing strategic planning steps crucial to an automotive dealership.