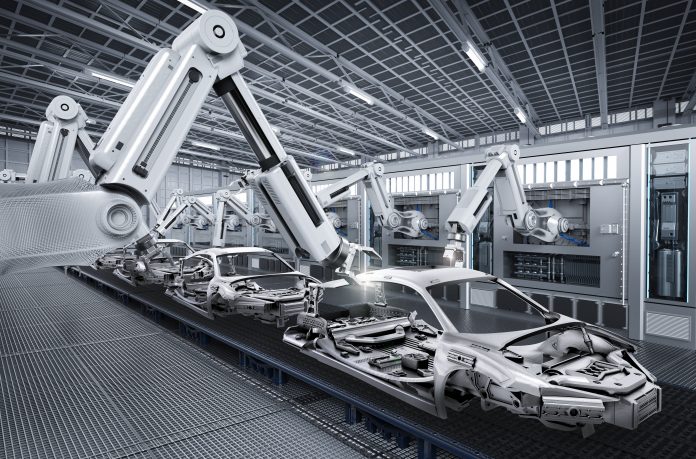 It would appear that production hiccups have occurred in Tesla’s Fremont, California assembly line, where work on the company’s new Model 3 electric sedan has been temporarily shut down for the second time since late February. The announcement follows an odd Tweet from Tesla founder and CEO Elon Musk on April 13th that read, “Yes, excessive automation at Tesla was a mistake. To be precise, my mistake. Humans are underrated.” Musk’s Tweet was in response to that of a Wall Street Journal reporter who originally tweeted about the Model 3’s production troubles, “Humans are underrated.”

Yes, excessive automation at Tesla was a mistake. To be precise, my mistake. Humans are underrated.

During the shutdown in February, Tesla told Bloomberg that the downtime was a planned event for some process improvements to increase output, and that such delays are not uncommon or unexpected.

“Our Model 3 production plan includes periods of planned downtime in both Fremont and Gigafactory 1,” a Tesla spokesman said in an emailed statement to Bloomberg. “These periods are used to improve automation and systematically address bottlenecks in order to increase production rates. This is not unusual and is in fact common in production ramps like this.”

Earlier this month, it was reported that Musk had personally taken charge of production of the Model 3, temporarily stepping in for Tesla’s senior VP of engineering, Doug Field, after the company missed its stated goal of making about 2,500 Model 3 sedans per week by the first of April. (Actual numbers came in at about 2,000 per week.)

“The announcement of the four- to five-day production pause for the Model 3 came without warning, according to Tesla employees who spoke with BuzzFeed News. During the pause, workers are expected to use vacation days or stay home without pay; a small number of workers may be offered paid work elsewhere in the factory.”

Once again, a Tesla spokesperson is noting that the assembly line has been halted in order to “improve automation.” Where the story gets even weirder is in a post that Tesla made shortly after the market closed on Monday, April 16th claiming that writers at independent, non-profit news organization RevealNews.org were building a “calculated disinformation campaign” against Tesla in an “ideologically motivated attack by an extremist organization working directly with union supporters.”

Forbes’ Jim Collins noted that, despite what Tesla is claiming, two shutdowns this close to the launch date of the Model 3 are unusual, and that Tesla needs to fix its assembly line problems quickly to avoid a problematic cash crunch.