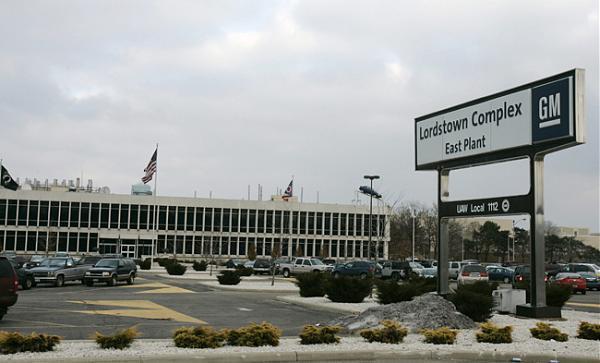 General Motors’ assembly plant near Youngstown, Ohio has been idled for the first time in more than 50 years beginning on Wednesday. With the production of the last vehicle – the Chevrolet Cruze – about 1,700 hourly jobs will also disappear by the end of this month. Employees will continue producing fenders and other spare parts until then.

The closure of the plant is part of a “restructuring” plan that GM announced last year that will close five north American plants and eliminate over 14,000 jobs. GM has said the closures area necessary as consumer tastes for small vehicles dwindle in favor of trucks, SUVs and crossover vehicles, all of which are more profitable for GM.

The auto maker has yet to make a final decision on the plant’s destiny. A GM spokesman has said the 6.2 million square foot facility will be placed in a “state of readiness” (heated and maintained) until contract talks are completed this summer with the United Auto Workers union. The UAW has recently filed a lawsuit against GM, claiming that its existing contract prohibits GM from idling plants. GM says that it’s “looking at a lot of different options for the plant.” Workers remain hopeful that it will be repurposed to produce a different vehicle.

It’s not the end of the line for the Chevrolet Cruze, however. The company will continue to manufacture the compact vehicle in Mexico for buyers outside the U.S.

Since it opened April 28, 1966, the plant has produced about 16 million vehicles. The final vehicle was draped with an American flag and accompanied by a palpable mood of unease by workers. Outside, people held something of a vigil to express their dismay. One worker spoke to the crowd, according to Fox 8 Cleveland.

“It’s corporate greed at its finest,” he said. “When corporations take and take, it’s never going to be enough. Our government needs to do a better job at creating laws and rules to protect American workers.”