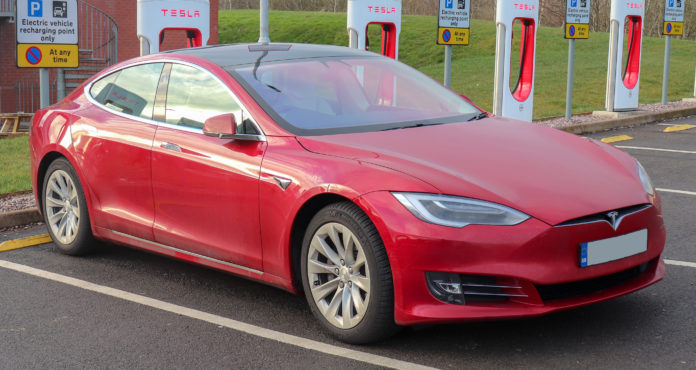 U.S. dealerships already struggle with selling electric cars, which make up a small but growing portion of inventory in the market. Now, with consumers leaning heavily toward pre-owned cars, a new wrinkle is cluttering up the sales process: The growing inventory of used cars now includes EVs coming off lease or being traded in by drivers.

How big a challenge do used EVs present to auto sellers, and what strategies and practices are proving successful in marketing this growing percentage of the pre-owned inventory?

Electric vehicles still make up a small percentage of the automobile market, but that percentage is expected to grow faster than the overall market in coming years.

In 2018, the U.S. bought some 360,800 new plug-in vehicles, including both battery electric vehicles (BEVs) and plug-in hybrids (PHEVs), according to EVVolumes, which maintains a database of global EV sales. Estimating the U.S. light-vehicle market at 17.3 million for 2018, this means EVs represented about 2.1 percent of the total new-car market.

The Department of Energy’s Argonne National Laboratory estimates that one million plug-in vehicles had been sold in the U.S. as of October 2018. That figure is about six times higher than it was only five years ago, indicating a high rate of growth in the EV fleet. The International Energy Agency (IEA) projects that yearly global EV sales could hit 23 million by 2030, reaching a stock of over 130 million. However, under a more accelerated scenario IEA has considered, the agency says that EV sales could even climb to 43 million a year by 2030, with cumulative stock mushrooming to more than 250 million. China would make up the big market under that scenario, but the U.S. would come in at about five percent of sales; and EVs would represent an astonishing 30-percent-plus of total new car sales in the U.S.

Indications are, then, that new electric vehicle sales in general are going to accelerate in years to come and are making a small but growing impact even now. But as with any vehicle, a new EV eventually becomes a used EV and returns to the market for resale. What then?

Used EVs: Already Out There, More to Come

“EVs are still a very small part of the market,” said Zohaib Rahim, industry analyst for Cox Automotive, in an interview with Dealer News Today. “The new vehicle market supplies the used vehicle market, so the used electric vehicle supply is sure to increase. Last year [2018], electric vehicles were less than 0.1 percent of used vehicle sales in the U.S. But the interesting thing is that by May of this year, more used electric vehicles had been sold than in all of 2018. So it’s picking up, although still very small.”

Used car sales of all types hit 40.2 million in 2018, according to Edmunds, a number that is expected to keep going up while new-car sales go down. As we previously reported, prices for new cars are rising at the same time that a flood of affordable used cars is coming onto the market, largely because of newly off-lease vehicles. Edmunds says that 4.3 million cars are coming off lease this year.

Charlie Chesbrough, senior economist at Cox Automotive, told Dealer News Today in an interview that, “We have a huge volume of gently-used vehicles coming off-lease, competing with new vehicles. Generally, these were originally fleet vehicles, and now after 24 or 36 months they’re coming back into circulation. These gently-used vehicles sell at a sizable discount.”

The “gently-used” two- or three-year-old vehicles currently at auction now include a sprinkling of electric cars that could be compelling for the right buyers. Cars at auction tend to be either former rentals or off-lease vehicles.

“Electric vehicles don’t make good rental cars due to the limited range,” said Eric Ibara, director of residual values for Kelley Blue Book, speaking to Dealer News Today. “We believe that most of the EVs at auction are off-lease.”

Selling Used EVs: Somebody’s Going to Do It (and Make Money at It)

Industry experts we consulted agree that auto dealerships need to start educating their sales forces about EVs in general and how to represent them to buyers.

There’s reason to think used EVs are beginning to present a good value proposition for consumers. For example, Blaine Erwin of used-EV specialist Current Automotive writes that a BMW i3 stickers for about $50,000, but can be bought used for less than $20,000.

Admittedly, expecting all auto sales professionals to learn about EV technology and how to sell it is a tall order. And for many dealerships, the long learning curve for selling and servicing EVs, whether new or used, just might be too much to ask, at least until electric vehicles start to gain more market share.

“You definitely have the dealers who are very optimistic about electric vehicles,” said Rahim. “They’ll install charging stations and train their service techs to understand the battery space. And then you definitely have dealers who aren’t interested in playing in this space at all. As of right now, given the supply, with 98 percent of inventory non-EV, it’s still a long runway. There are a lot of years left until we reach the tipping point.”

EV technology and its benefits seem to call for, at minimum, an adjusted approach to car sales, if not a radical restructuring. Researchers at the Institute of Transportation Studies at the University of California at Davis interviewed 43 decision makers at auto manufacturers and dealers selling plug-in vehicles (PEVs) in major California markets. They found that “plug-in buyers expect more from dealers than conventional buyers, including product knowledge and support that extends beyond traditional offerings.” This is going to require “new methods for building and scaling dealer competence” to “improve the PEV buying experience.”

In the meantime, the dealerships that seem to be doing best with EVs are those making a specialty out of representing the product.

“The experience has to be different from the beginning,” said Giese, speaking to Dealer News Today in an interview. “You have to have educated people who care about EVs, and your customer experience has to be great. I like to say we are a customer service company that happens to sell electric cars.”

Giese and Jacobs started their dealership in July 2018, and their business has grown rapidly. Customers have the option to come into the showroom in Naperville, or to handle the entire transaction digitally. So far, the company has sold cars to customers in 34 states. When we talked to Giese, Current Automotive’s inventory was at 55, with a strong preference for Teslas. They buy cars at auction, but that can be a challenge because of the popularity of Tesla cars.

“I recently had trouble acquiring Tesla inventory,” Giese told Dealer News Today. “The auction values are super-competitive. So I started to think creatively.” Giese launched a search-engine marketing effort purchasing Google ads for a “Sell My Tesla” campaign, which has allowed the company to expand its Tesla inventory.

During its startup phase, Current Automotive is functioning under the umbrella of Bill Jacobs Auto Group of Naperville, but plans to spin off soon. On acquiring a car, Current Automotive runs it through one of Jacobs’ stores for evaluation, reconditioning and minor repairs.

For dealerships that would like to do better at selling used EVs, Giese advises: “Know your products, and keep them charged. Hire people who care about electric cars. Carve out a team that will focus on representing those cars.”

In 2016, the Sierra Club conducted a study of EV retailing by sending mystery shoppers into 308 auto dealerships in 10 states to evaluate how well retailers were doing at selling electric vehicles. Unsurprisingly, they found much room for improvement. However, Sierra Club’s writeup also included some good suggestions for dealerships, many of which are applicable to businesses trying to market used EVs. Some of the recommendations were: