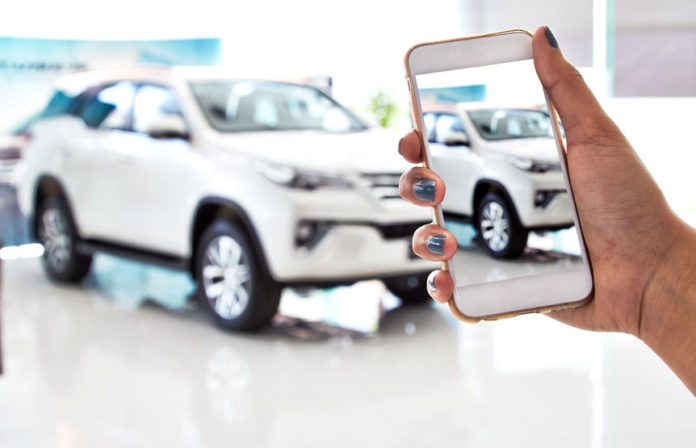 “The customer and I had been corresponding via email for about two days,” said a Volvo salesperson in Alexandria, Va. “He had a bunch of questions about the vehicle and had asked me for pictures. I sent him a video walkaround instead, and the customer came in the next day to purchase the vehicle.”

“The video made it easy,” said another salesperson, who used a video walkaround to sell a Dodge Challenger. “The client was two hours away, so it put the customer’s mind at ease to travel the four-hour round trip to acquire the vehicle.”

Some sales professionals believe that a personalized video helps them develop a one-to-one connection with the customer, in contrast to an impersonal text or email. “It provides the opportunity for the customers to get to see the vehicle for themselves, before coming into the dealership,” commented one representative. “Most people do not expect a video and are surprised someone would take the time to send a walkaround video to them.”

Dealer News Today spoke with John Colban, director of customer experience at video-marketing and app-development firm Authntk, which specializes in auto dealership walkaround videos. The comments above came from some of Authntk’s users. “To provide a personalized video like this can really be powerful,” Colban told us. “It lends authenticity and credibility. It lets the customer know who they’re working with. The number-one thing we say is to just be yourself. You’re not trying to sell the car with the video. You just want to show the important stuff about the car, to sell the dealership and yourself, and to get that customer to come in.”

Kevin Frye, director of marketing and ecommerce for the Jeff Wyler Automotive Family, agrees that walkaround videos should be focused on getting the customer into the showroom. “The number one thing we are trying to do with video from a dealer’s perspective is to sell the appointment,” said Frye. Wyler owns showrooms in Ohio, Kentucky, and Indiana. Frye told Dealer News Today in an interview that his company has been using video for marketing for almost ten years.

Wyler’s website does include a video presentation with its online inventory listings, Frye said, but these are “really just stitched-together photos with an automated narration.” The most effective use of video enters in once the company has received a lead and is in one-to-one contact with a prospective buyer: “Our highest priority is answering any questions from the customer, like does it have a backup camera, navigation, and so on, then to show some key features about what makes that vehicle exciting. But we want to keep that video under one minute, or even less.”

One reason for showing briefer videos is simply the size of the video file itself. “If you want to email or text it to someone, beyond one minute it’s going to be difficult to transmit,” Frye said “Our other concern is the attention span of the customer. We try to keep it minimalist, but engaging.” Wyler prefers to send videos by text rather than email, if possible. “That’s hands-down the way consumers prefer to receive it.”

Frye also stressed the importance of making a personal connection with the customer: “At the end, we train them to flip that camera around to show themselves, to try to personalize the video.”

Delivering the Walkaround at the Right Auto-Shopping “Moment”
Perhaps the greatest advantage of a personalized walkaround video is that it comes into view at just the right time in the buyer’s journey.

Research findings point to the value of online promotions that get the buyer’s attention and engage that person with the kind of immediacy video can provide. And that attention-getting activity needs to happen at the right moment in the customer’s journey, before they hone in on the two or three dealers they will actually visit.

A study of the car-buying journey by Cox Automotive found that consumers want to experience more of the shopping process online. Shoppers in 2019 are now spending 61 percent of their shopping time online, up from 57 percent in 2017. Their survey found that by far the most frequent activity conducted online was searching for vehicles (83 percent of digital consumers).

Researchers at Kantar Group, in partnership with Google, studied the many touchpoints that car buyers hit during their journey — search engines, dealer and automaker websites, social media, comparison websites, and more. They found that 73 percent of buyers used video for researching vehicles, second only to search engines (at 92 percent), and way ahead of dealer visits (47 percent) and brand websites (37 percent).

Out of the various types of videos consumers watched before deciding on a vehicle, the vehicle walkaround was the most frequent, at 37 percent of buyers. This was compared to 36 percent for videos highlighting vehicle features and technology; 28 percent for 360-degree views; and 26 percent for third-party reviews, test drives, and comparison tests. Half of respondents said online video helped them narrow down their set of vehicle considerations. After viewing an online video, 87 percent of respondents said they went on to a further step like visiting a dealer website, requesting a price quote, or locating a dealer.

“Ninety percent of automobile customers who watch video content will take some action toward a purchase decision,” said Erica Danford, associate vice president of managed services at Dealer.com, speaking with Dealer News Today in an interview. Dealer.com provides digital marketing services for auto retailers and OEMs. Danford spoke with us about customer engagement research her company has done, as well as the firm’s experience helping dealers with their marketing efforts. “As the trend is moving away from television, people are consuming video content in other ways, on YouTube, or looking at dealer inventories, or doing research online. With video, consumers engage more closely than with any other content.” One indication, she said, is that video ads in general get a 34 percent higher clickthrough (response) rate than static online display ads.

Danford stressed that video production for an online presence doesn’t have to run to the high costs of television production. She also emphasized the value of strategy and consistency in marketing communications. “You want to have an integrated campaign, regardless of where the actual creative is residing — whether in a video or on YouTube, or even on a billboard.”

Many dealerships now include pre-produced videos for all inventory, so that an engaging video experience is available to the buyer at what David Mogensen, Google’s head of YouTube product marketing, calls the “Which-car-is-best moment” — that is, the initial research stage. However, he also makes the point that video injects extra promotional value at the later “Where-should-I-buy-it moment.” This moment could require the dealer to be ready with a more personalized kind of walkaround video. Once the buyer decides what kind of car they want, and once they have identified your dealership as a possible source, they are entering your marketing funnel as a definite lead — a real person who is probably ready to make a deal.

There’s An App For That 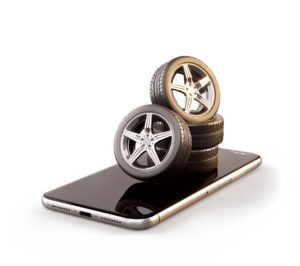 John Colban of Authntk told us it’s hard to be sure how many dealerships are using walkarounds or similar marketing videos: “There are so many dealerships at so many levels. Probably fewer than 50 percent have a real process in place for videos, but the more progressive are doing something with it. To really be successful with this, you have to create a culture around videos, make it part of your training, make sure all new folks understand this is the way you do things at this store.” Executive-level support for the program is essential, Colban told us. “You have to get buy-in from the top and let that trickle down to the sales team.”

Authntk’s Video Capture mobile app is designed to facilitate personalized videos. The salesperson records a walkaround video of the particular car the buyer is interested in, then adds the customer’s name and contact information, as well as year, make, and model of the car. The salesperson can add narration and can turn the camera on him- or herself to make the presentation even more personal.  After filming, the app uploads the video to a server, then the Authntk platform generates an html email or text message to go out to the customer, with a link to the video. The dealership pays a monthly subscription price for the app, for hosting, and for customized templates for emails and landing pages. Colban told us his company is now sending out about 15,000 to 20,000 video links a month.

Kevin Frye of the Jeff Wyler dealer group told us that his company uses SnapCell, an automotive-focused mobile app that automates the process of filming and sending videos. One advantage of SnapCell is that it integrates with VinSolutions, the CRM and desking platform used by Wyler. Simplicity is important, Frye stressed: “You bring up the app, you shoot the video, it falls into a template with the contact info of the salesperson. It’s very easy to text. When any new lead comes in, whether it’s for a new or used car, we make a video that same day — assuming that makes sense. We make an effort to send one out every time.” The company sometimes uses Covideo as well, a video email application designed for sales professionals.

Does Wyler use YouTube to publish promotional videos for its inventory? “YouTube used to be encouraged in the industry,” Frye responded. “You’d get in a new Kia sedan, do a full walkaround, and post that on YouTube. In reality, you’re going to put in a lot of effort, but nowadays the ROI will be minimal. The OEMs are already making great video walkarounds; so are sites like Edmunds. They’re the ones who are going to get the most traction on YouTube. We did that ten years ago, but now we leave that effort to those at the tier-one level.”

We asked Frye how widespread the use of video is among dealerships. “There’s definitely much awareness in the industry of how it can work,” he responded. “But the reality is that the execution is poor. It’s a great way to differentiate yourself, if you’re willing to put the effort into it.”