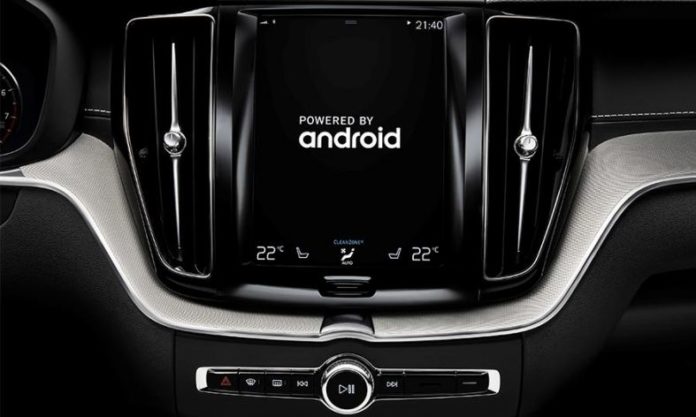 When we sit down at a table in a group, it’s often the smartphones that hit the table before our backsides hit the chairs. Discussion often ensues around the smartphone platform we’ve chosen: Apple or Android? We share a few anecdotes, complaints and opinions on our chosen platforms. Going forward, we may eventually do the same thing with our vehicles: do you drive an Apple or an Android?

When Android Auto, Google’s smartphone app for vehicles, was first introduced in March of 2015 in conjunction with tech supplier Nvidia and cooperation with the Open Auto Alliance, it was available only as a service that needed to be connected via USB to the car. (It’s now gone wireless.) It supports popular in-car services such as Google Maps and Waze, Amazon and Apple music, Spotify and various messaging apps. In 2017, Google announced it planned to work with vehicle manufacturers to integrate the platform directly into the car. It was just an open offer: until now.

We now know that the Volvo is to be the first taker on the offer. Volvo research and development head Henrik Green told Automotive News Europe at the Los Angeles Auto Show that the company’s all-electric Polestar 2 (the company’s first all-electric vehicle) will be the first vehicle to come with Android Automotive out of the factory. The in-car integration of Android Auto will eliminate the need for a smartphone because the operating system runs on the infotainment display itself (forgot your phone? Not a problem!) And if you can’t function without your Google Assistant, the good news is that she (he? it?) will be available at the touch of a button on the steering wheel of the Polestar 2.

Just like with a smartphone, of course, drivers will need a connection to run Android Auto. Chances are good that the vehicle will have one built in, and offered as part of the package since it’s been predicted that the Polestar 2 will be a subscription-based vehicle, according to Android Central. (Details of the vehicle, its availability and its pricing are still murky, but we know it’s intended to be a rival to the Tesla Model 3.)

Once it’s finally out, however, the Polestar 2 may not be alone for long with its native integration of Android Auto as the infotainment operating system. Last week, Porsche reversed a previous decision and announced that it’s open to offering Android Auto integration for some upcoming models, though the German auto maker has not yet provided a specific time frame for the offering, according to Digital Trends.