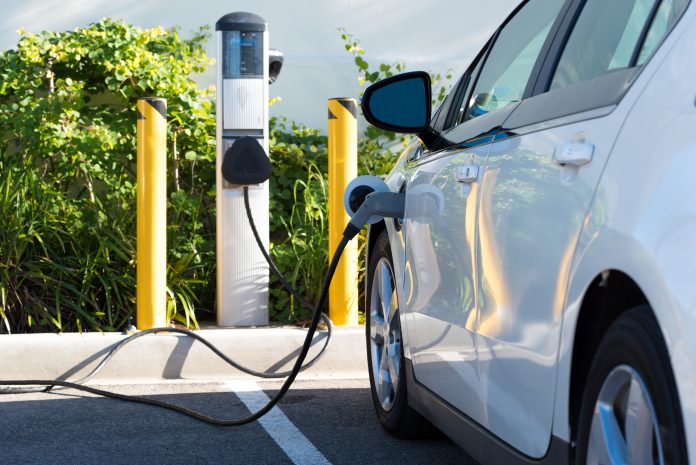 Electrify America, a Virginia-based Volkswagen subsidiary, is on a mission to build a comprehensive electric vehicle (EV) charging network across the U.S., with stations no more than 120 miles apart. It’s a way to help overcome the barrier of “range anxiety” that prevents many Americans from buying a fully electric vehicle.

This week, Electrify America announced it has chosen several suppliers, including Switzerland’s ABB Ltd and South Korea’s Signet EV Inc., to install more than 2,000 high-speed electric vehicle chargers at 484 charging stations in the United States by the end of 2019. The project may cost as much as $2 billion and is part of an agreement Volkswagen forged with federal regulators after admitting to diesel emissions cheating last year.

It’s not only the size and breadth of the infrastructure that’s noteworthy, it’s the technology. Electrify America said the fast 150-350 kW chargers (necessary for newer EVs) will deliver 20 miles of range per minute of charge, seven times faster than chargers currently in operation. ABB has stated that its Terra HP charging stations can recharge “even the largest electric vehicle battery in under 15 minutes.”

VW announced that as part of the program, EV charging stations will be installed at more than 100 Walmart Inc. store locations in 34 U.S. states by mid-2019. The installation will be part of Walmart’s Project Gigaton initiative announced last year. The expansion, according to Walmart, will bring the company’s total number of EV charging stations to over 1,000 when complete, making Walmart one of the nation’s leading EV charging station hosts and creating a national grid of electric vehicle charging availability at hundreds of Walmart stores and Sam’s Club locations.

“The expansion of Walmart’s electric vehicle charging facilities without ultra-fast charging systems will provide customers with a quick and convenient way to charge their vehicles in the time it takes to make their Walmart purchases,” said Mark McNabb, President and CEO of Electrify America, in a press release. “EV owners need a convenient, reliable and fast turnaround in recharging their vehicles. Walmart is the perfect partner for Electrify American to bring charging services to EV owners who value their time.”

Other suppliers chosen by Electrify America include Portugal’s Efacec Electric Mobility, S.A. and Santa BTC Power Inc. based in Santa Ana, California, according to Reuters.