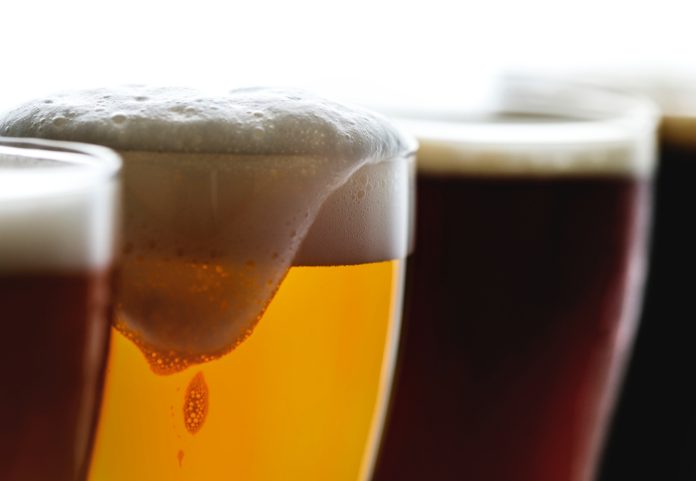 How many small businesses reside in your town? How many have gone out of business? With the convenience of Amazon Prime and nationwide home improvement and book stores, it’s no surprise that Goliath oftentimes forces Mom-and-Pop stores to shutter. Local car dealerships are small businesses, too, that regularly tweak marketing and business plans to remain successful and relevant industry players.

The not-so-small business of craft beer is bucking this trend. According to data from the Bureau of Labor Statistics, 20 percent of small businesses fail within their first year and half fail by their fifth year. These modern-day Mom-and-Pops added $76.2 billion to the U.S. economy in 2017, according to The Brewers Association (BA), with California ranked number one with an output of $8.2 billion. The BA also noted that overall U.S. beer sales dropped 0.8 percent in 2018 while craft beer sales increased 3.9 percent.

How are small, local breweries succeeding and what can local dealerships learn from this vastly different industry to not only survive, but thrive?

Dealer News Today talked to a handful of breweries to discover the secret sauce of marketing — if it exists — and one theme rang throughout: making a connection with consumers.

“There’s no secret sauce,” said Jim Baulsir, President of Redding Beer Company in Redding, CT. “Once equipment was available in the 5- to 6-digit range, it was doable for a Mom-and-Pop brewery to open.”

“We market our taproom as an adjunct to a living room,” continued Baulsir. “There are five restaurants within walking distance, and we’ve built a connection with them to position ourselves as a hometown brewery. We consider the CT Beer Trail Passports as a form of advertising. We focus on one-to-one tastings at liquor stores and bars to generate interest.”

Local car dealerships have upped their social media activity in recent years — think Facebook and Instagram — but posts need to be more than a video of a current TV ad campaign.

Adam Delaura, co-founder of Labyrinth Brewing Company in Manchester, CT explains how most of the brewery’s social media posts have nothing to do with beer.

“There’s a transparency to our posts and few are about beer,” said Delaura. “It’s more of an afterthought. We’re making a personal connection with people, one that’s outside of beer. People get the feeling they are hanging out in the brewery, too. One of our most popular social media posts was when we poured an unsuccessful beer down the drain; people related and resonated with our failure.”

The connection that has been built comes from an active local presence.

“We will be part of anything that is locally focused,” said Delaura. “Fundraisers are sometimes in-house as well. Being a part of the community is part of advertising. Being genuine when communicating is important. Find your voice and what sets you apart.”

Every industry has its ebb and flow, and the ebb of car dealerships can be non-traditional advertising. A quick YouTube search on how to make  car shopping fun yields countless results of local dealerships attempting to do just that. The downside is the majority of these videos are simply the dealers’ television ads uploaded online. Different mediums attract different audiences. The younger the demographic, the more likely they will research cars online. This is where original content is essential for dealerships. Rather than a quick upload of a dealer’s traditional ad campaign, online is where long-form, informative and light-hearted videos mesh well with a Millennial audience.

This long-form video for a local dealer isn’t flashy or over-the-top, rather  it informs the viewer that it values a consumers’ time, the importance of giving the best deal, and it shows the personal side of a sales manager. The less time it takes to buy a car — no haggling over price — creates a mutual connection between the buyer and the seller. It means more time for both the consumer and employee to spend that time on things of importance, like family and friends.

TV ads alone won’t draw a Millennial consumer to a car dealer, which is all the more reason a dealership should shift their focus towards building a strong social media presence.

Sarah Crabtree, Customer Relations Manager at Colonial Toyota in Milford, CT said the dealership is dedicated to not only making the car buying process fun for Millennials, but also affordable and a reality for those with credit problems.

Colonial Toyota has an indoor car showroom with more than 700 cars in inventory. It’s fully air conditioned, like a mall, so car shopping can be done in inclement weather, which means no more walking the car lot to see what’s available.

“Everything is appointment-based,” said Crabtree. There are road signs throughout the showroom to direct consumers from the Camry section to the Highlander section, for example, to make the car buying experience easier and helpful.”

The company’s NU-Start financing helps people, be it Millennials or other demographics, with bad or no credit from student loan debt or divorce, have the ability to purchase a car.

As a Millennial herself, Crabtree encouraged her father and owner of Colonial Toyota, Bobby, to devote advertising time and resources online, resulting in the company streaming videos with Comcast that go to Hulu and Roku, among other services. One online video alludes to making car buying fun again via its indoor showroom. Colonial Toyota also abates the disconnect with corporate brands and franchises in their ad campaigns, explaining their local dealership is family-owned and operated.

“Our Instagram posts are content unrelated to sales pitches and car buying,” she said. “Texting for Millennials is a big thing. This form of communication with Millennials will continue to grow.”

The dealership is active in its community, supporting local organizations like Milford Little League, Milford Chamber of Commerce, Milford Police, Knights of Columbus Softball, the United Way and Rape Crisis Center Of Milford, to name a few.

Tom Sobocinski, co-owner of Black Hog Brewery in Oxford, CT, said the brewery spends no money on marketing and gives back to local clubs and charities, so much so that it launched its own philanthropic endeavor last year, Black Hog Helps, to field charitable requests.

“We donate products, time, gift cards and gift baskets. We have charity events at the brewery. We support local businesses and they support us in return. It’s all about making a connection. We heavily use social media but it can be overwhelming these days. So we post videos about our workers, new ingredients, local hops, a behind the scenes look at our equipment.”

Justin Gargano, CEO and President of Thimble Island Brewery in Branford, CT, has seven drivers and six vans deliver his product, and all vehicles were purchased locally to support fellow small businesses.

“The local Ford dealer in town is where we bought our delivery vans. We should support local dealerships. The dealerships that do well have good service departments as well as selling parts to other dealerships.”

For Gargano, the brewery experiments with popular market preferences that may not stick around for long, but may result in a returning consumer.

“The core portfolio of products we produce accounts for 99 percent of volume sold, but we experiment with the market with flavors, bitters and sours. Following the market drives business to our core product line.”

What do these highly varying industries have in common? Local relationships. It’s the oxygen that sustains them. Locals support local businesses, not because they have to but because they want to. Creating and maintaining a genuine connection with fellow residents resonates and can result in something more impactful than paid advertising could offer. But it doesn’t hurt to be current and active on social media.