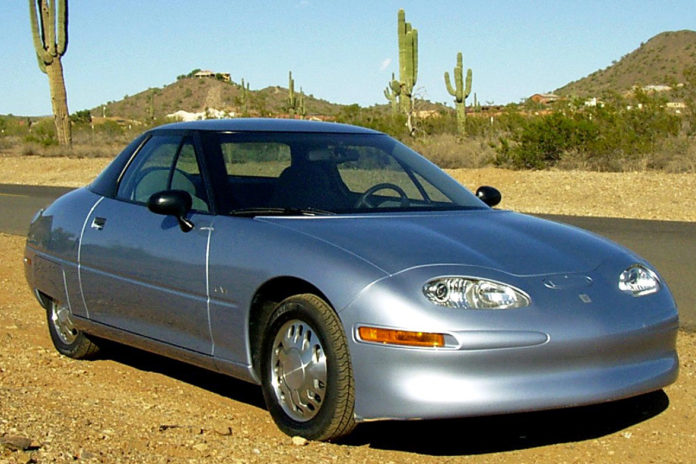 Traditionally, hybrids have been automakers’ answer to consumers who want high levels of fuel efficiency, but not the fear of the unknown (“range anxiety”) that comes from a fully electric vehicle. Since the Toyota Prius was first unveiled in in 2000, hybrid cars have become highly available, with most automakers producing at least one hybrid car, SUV or truck. For many OEMs, hybrids are a way to ensure compliance with fuel emissions and consumption standards and regulations. As technology for fully electric vehicles has evolved, however, two automakers are choosing to dump the hybrid on the scrap heap of obsolete technology.

General Motors and Volkswagen have both announced that they intend to drop hybrids from their lineups and go fully electric, the Wall Street Journal is reporting today. GM has stated that it intends to launch 20 fully electric vehicles globally in the next four years, including plug-in models in the American market for the Chevy and Cadillac brands. Volkswagen is also heavily invested in EV production and plans to debut a small plug-in SUV in the U.S. next year as well as a plug-in electric minibus in two to three years.

Both automakers appear to be confident that hybrids were a step to full EVs that simply won’t be needed anymore.

For its part, Volkswagen is planning to launch almost 70 new electric models in the next decade instead of the 50 previously planned, the company announced. The German automaker is estimating that the projected number of vehicles to be built on its electric platforms in the next decade will increase from 15 million to 22 million.

“Volkswagen is taking on responsibility with regard to the key trends of the future – particularly in connection with climate protection,” said Herbert Diess, CEO of Volkswagen AG, in a statement. “The targets of the Paris Agreement are our yardstick. We will be systematically aligning production and other stages in the value chain to CO2 neutrality in the coming years. That is how we will be making our contribution towards limiting global warming.”

Other carmakers aren’t ready to call the hybrid obsolete yet. Ford and Toyota have both stated that they plan to expand their hybrid offerings while at the same time developing EVs.