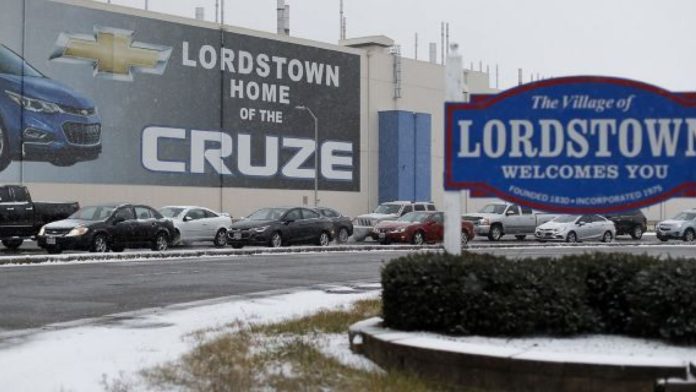 When GM announced back in November that it planned to close several plants, including one in Lordstown, Ohio that produced the Chevy Cruze sedan, the United Auto Workers held out hope that the automaker would ultimately assign a new model to the Lordstown factory and continue its operation. The facility went dark in March, causing 1,700 job losses.

While GM didn’t rule out the possibility of assigning a new vehicle to the plant, it may be looking for another option: selling it to Workhorse Group, a Cincinnati-based battery-electric transportation technology company that would (presumably) create automotive-industry jobs and build electric trucks in the plant. Workhouse currently has 98 full-time employees who design, manufacture, build, sell, and leases battery-electric vehicles and aircraft in the U.S.

While politicians – specifically, a tweet from the White House — touted the sale as a done deal, Jalopnik is reporting that the deal is far from finalized. Tom Colton, a lawyer for Workhorse, told Jalopnik that the company has been involved in negotiations with GM since the beginning of this year, but that the process is still only in early proposal stage.

In truth, even if the purchase happens, it’s not Workhorse that will be buying the Lordstown property, but a newly created entity that will build electric pickups in the plant. If the final sale were to go through, the entity, led by Workhorse founder Steve Burns, would acquire the 6.4 million square-foot plant and the 905-acre lot. Workhorse would hold a minority interest in the new entity. GM has stated that it would have no stake in the new organization.

So what could go wrong? Some analysts believe that Workhorse simply lacks the resources for a purchase this large (Workhorse has never had a profitable quarter). There are also no guarantees at this early stage that Workhorse would be inclined to employ the laid-off GM workers, as they may not have the skills necessary, even if the deal goes through.

If all goes well and the deal goes through — and that’s still a big “if” — GM said work could begin immediately after the sale is complete to prepare the facility for new production.