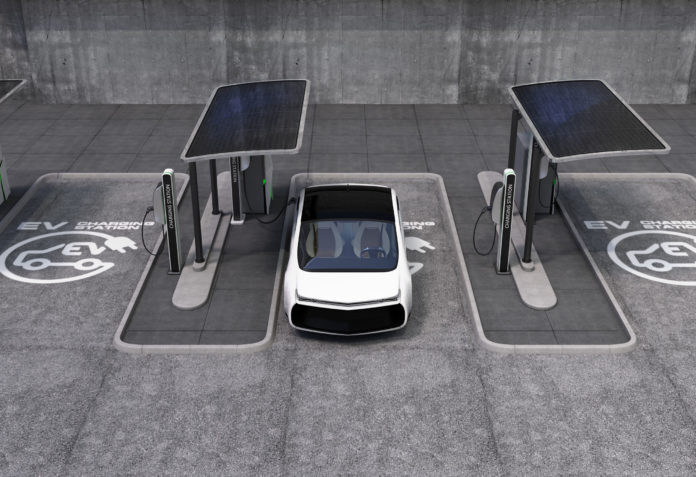 Without a doubt, one of the biggest hurdles for electric vehicles (EVs) is infrastructure. Consumers, especially those who live in rural areas, are often afraid they’ll be stranded without a nearby source of juice.

But the network of chargers is growing. In fact, you may have one or more EV chargers at your dealership. And now, Nissan and EVgo are adding to the burgeoning infrastructure by installing 200 new 100kW DC fast chargers in select U.S. markets.

Charging stations for all
Currently, there are over 14,000 Tesla Superchargers across the country. There’s just one problem though – those chargers aren’t compatible with other car brands. In an effort to build a network that works with all types of EVs (including the Nissan Leaf), Nissan has invested more than $60 million in infrastructure.

The automaker’s latest charger-related venture is with EVgo, the nation’s largest public fast charging network. EVgo’s chargers are compatible with all types of vehicles, which makes them appealing to Nissan.

As was mentioned, Nissan and EVgo are installing 200 new fast chargers in cities across the United States. Each of those units will have both CHAdeMO and CCS Level 3 connectors that fit a majority of EVs.

“Nissan is proud to have partnered with EVgo to build the largest public EV fast charging network in the U.S.,” said Aditya Jairaj, director, EV Sales and Marketing, Nissan North America, Inc. “Given the tremendous driver response to the 2019 long-range all-electric LEAF, Nissan and EVgo will accelerate fast charging by committing to a multi-year charger construction program that will continue to expand fast charging options for EV drivers across the country.”

Nissan and EVgo have entered a six-year partnership to reach their goals.

A better infrastructure equals more EVs
There were only 430 charging stations across the United States in 2008. By 2017, there were 47,117 charging stations of various levels. While there still aren’t chargers on every corner, like there are gas stations, the network is growing. And along with it, the number of EVs is also increasing.

If your dealership sells EVs, it probably has one or two chargers in the parking lot. As the number of electrified cars increases, that number will need to grow exponentially. Otherwise, customers will have to go to off-site stations, like those who purchase gasoline do.

In either scenario, the “refueling” landscape is changing – and it’s changing faster than you might think.