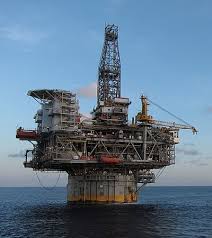 The U.S. is a nation of transportation. In 2018, about 28 percent of total U.S. energy consumption was for transporting people and goods. This energy consumption comes in different forms, but the largest share of it is from petroleum products: fuel made from crude oil and from natural gas processing, including gasoline, distillate fuels, diesel fuel, jet fuel, residual fuel oil, and propane.

We also love our cars: the average American driver spends nearly 10 hours per week behind the wheel. In 2018, about 142.86 billion gallons of finished gasoline were consumed nationally —  an average of about 391.40 million gallons, or 9.32 million barrels, per day.

In this case, it makes sense to wonder: how will a changeover to electric vehicles affect the national and global oil markets? The answer will depend on how aggressively EVs are adopted.

The drop in Europe is expected to be far faster and steeper than the drop in the U.S. The Wall Street Journal is reporting that German auto supplier Continental recently it plans to trim investment in conventional engine parts because of faster-than-expected drops in demand. In countries such as Norway, diesel car sales are declining rapidly in favor of plug-in electric vehicles. These drops in traditional gasoline-fueled vehicles are due in large part to robust European emissions reduction programs.

“In a more aggressive scenario laid out by the IEA, there will be 930 million electric cars on the road by 2040, or about half the global car fleet, compared with just 5 million in 2018,” wrote Lauren Silva Laughlin for WSJ. “Demand for oil for road transport would be more than 18 million barrels lower than it is today.”

The numbers in the U.S. are harder to predict, because the country is currently seeing significant conflict between state and federal goals for emissions reduction, and lobbying efforts between energy and automotive sectors. While some analysts believe Americans are utterly wedded to their romantic ideals of gasoline-powered cars, U.S. automakers are conscious of not wanting to be left behind.

“Ultimately American car companies may not have much of a choice,” wrote Silva Laughlin. “Laws aren’t the only thing that could force car companies to rethink their businesses. As European rivals and suppliers focus on electric vehicles, internal combustion-powered vehicles will lose access to some cutting-edge technology and features.”