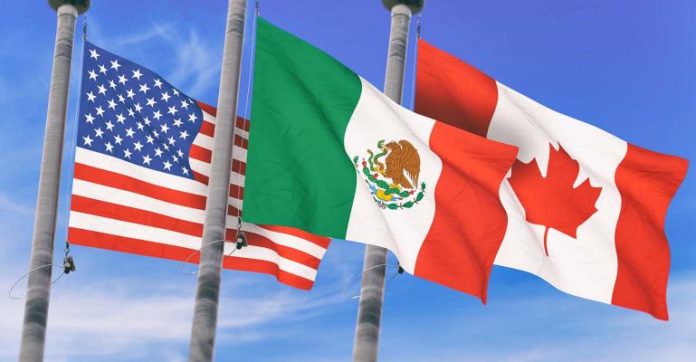 The new U.S.-Mexico-Canada Trade Agreement, the replacement treaty for NAFTA, won’t fully go into effect until 2023, but North American companies are still trying to determine exactly how – and how much – it’s going to help them. Automakers in particular are analyzing their options and fortunes, since much of the agreement seems to have been put in place with them in mind.

Analysts say that there will be benefits for the car industry, but that they may be subtle and take time to reap.

“When we look at that phase-in period, it’s something that doesn’t necessarily scream out that we’re going to see a massive increase in U.S. assembly or parts,” Jeff Schuster, president of global vehicle forecasting at research firm LMC Automotive, told the Los Angeles Times. “On the surface, this isn’t something that’s going to cause a massive shift, in our opinion, to the U.S. I think it will be more of a subtle shift.”

Car makers will need to shift some practices and free up some budgets, since the most dramatic dictates of the trade agreement include a new minimum-wage requirement for some workers and an increase in the North American-produced content of vehicles necessary for tariff-free trade. Under the terms of the new agreement, 75 percent of a vehicle’s content must be produced in North America to qualify for tariff-free trade between the U.S., Canada and Mexico. This represents an increase from NAFTA’s 62.5 percent level.

It’s this latter point that means it will be easier for some car makers than others, depending on how they’re sourcing parts right now.

“Most of the major automakers, both domestic and foreign, will be able to meet the higher rules of origin with a bit of mixing and shifting where they now assemble cars and trucks, engines, transmissions and other parts,” according to the LA Times’ Jim Puzzanghera and Don Lee. “That will be harder to do for a few automakers like Volkswagen, which has put much of its investments in Mexico, where wages are much lower. And new rules that auto producers must source 70 percent of steel and aluminum from North America will force Hyundai to rethink its current practice of importing steel from South Korea.”