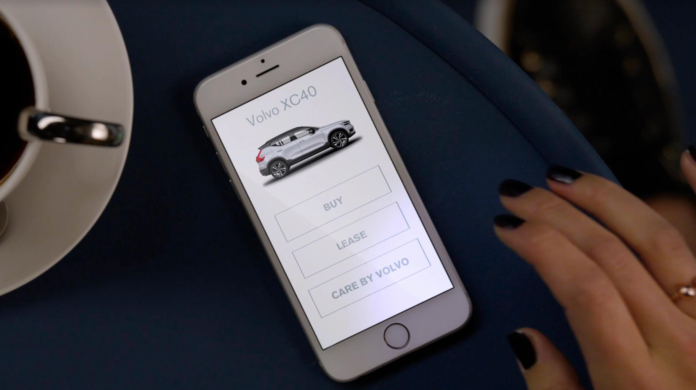 At a National Automobile Dealers Association (NADA) event collocated with this week’s New York International Auto Show, Anders Gustafsson, CEO of Volvo Car’s U.S., had a message for car dealers: be willing to accept some change, or Jeff Bezos may be coming for your business.

Gustafsson’s comment appeared to be aimed at dealers and dealer associations that are showing resistance to manufacturers engaging in direct-to-customer subscription programs. Last year, Volvo introduced its Care by Volvo program that makes the company’s XC40 crossover and S60 sedan available to customers on a subscription basis. Customers who participate in the program subscribe to a vehicle for two years, making fixed monthly payments of approximately $750. The subscription fee includes insurance and maintenance, and there is no down payment. Customers have the option to trade the vehicle in for a new one after 12 months. The pickups and drop-offs of vehicles, as well as service, take place at Volvo dealerships.

Earlier this year, Volvo U.S. announced plans to expand the Care program – both the platform and the vehicles available through it – in response to positive customer response. Unlike many vehicle subscription programs with higher price tags, Volvo’s subscription program has proved successful.

Not everyone is on board with the subscription model. Dealers in some states have called subscription programs illegal. In California, dealers have filed a 199-page petition to the state’s department of motor vehicles to block Volvo’s subscription program, according to Bloomberg. In its filing, the California New Car Dealers Association (CNCDA), which represents more than 1,000 franchised dealers across the state, called the program a “clever, but illegal, marketing ploy,” alleging the program violates state laws that prohibit competition between manufacturers and dealers.

In response, Gustafsson noted that the industry must be willing to accept changes to how new vehicles are sold — whether auto dealers like it or not. During his talk, he displayed a slide with a quote from Amazon founder and billionaire entrepreneur Jeff Bezos that read, “Your margin is my opportunity.”

“We need to be open to new ideas,” Gustafsson said. “Otherwise, I think the guy that is chasing our margins, he will find out far faster than we do.”