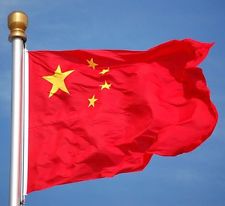 It’s an economic indicator that’s making some economists worry. The Chinese car market – the largest in the world — shrank in 2018 for the first time in more than 20 years. Chinese auto sales were down 13 percent in December – the sixth straight month of decline — bringing annual sales to 28.1 million, down 2.8 percent from a year earlier, according to China’s Association of Automobile Manufacturers (CAAM). This represents six percent in losses between 2018 and 2017.

The slump is based, in part, on trade woes that are taxing China’s $12.2 trillion economy, as well as political upheaval and the popularity of ride-sharing services. Efforts by the Chinese government to put stimulus measures in place have had some limited success, notably lifting the share prices for Chinese automakers, according to Bloomberg. These same automakers are in the unenviable position of having to decide whether to continue expanding or contract into slowdown mode.

“Pressure on automakers is mounting,” said Cui Dongshu, secretary general of the China Passenger Car Association (CPCA), told Bloomberg. “Declining car sales may speed up the process of squeezing out the incompetent players and we may see some of them exit the market next year.”

An official with China’s National Development Reform Commission (NDRC) has said that Beijing plans to roll out measures to boost sales of cars and household appliances.

Goldman Sachs is predicting that vehicle sales volumes will likely fall an additional seven percent this year in China, with growth returning in 2020. The CPCA says it predicts Chinese auto sales will show modest growth of just over one percent in 2019.