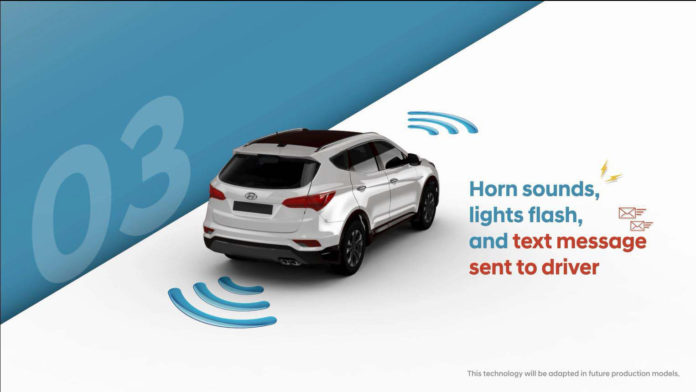 Each summer in the U.S., a spate of deaths occurs resulting from children being forgotten in hot cars. On average, 38 children die each year from heatstroke after being left in a closed vehicle in warm or hot weather. Nearly every state has experienced at least one hot car death since 1998, and in 2018, a record number of 52 children died from heatstroke in vehicles. While safety initiatives such as the National Safety Council’s Children in Hot Cars online course attempt to educate parents why cars heat up so quickly, why children are so vulnerable to succumbing to increasing temperatures in cars, and how to prevent deaths, incidents continue to rise with summer temperatures.

Automakers are now prepared to try and reduce the deaths with technology. Wednesday of this week was National Heatstroke Prevention Day, and Hyundai chose the day to announce that it will make a child-monitoring system standard on most new vehicles by 2022 to prevent kids from being left behind in hot cars. The feature, called Rear Occupant Alert (ROA) door-logic system, is designed to remind drivers to check the back of the vehicle for children or pets before they leave the car. The system, which was first introduced in the Santa Fe as an option last year, uses ultrasonic motion sensors to detect rear-seat occupants if the doors are locked. Coming later this year, the redesigned 2020 Sonata sedan will feature standard door-logic ROA.

Reviews of the system, including one from Consumer Reports, have proclaimed Hyundai’s solution to be superior to what other automakers are testing, mostly due to the fact that it defaults to “on,” rather than relying on parents to remember to activate it. (While everyone likes to believe it could “never happen to them,” the unfortunate statistics prove otherwise.)

“Hyundai’s two-stage warning system—which uses door logic as well as an ultrasonic motion sensor located in the ceiling behind the rear seat—is a step above what other automakers are offering, based on our evaluation,” says Emily Thomas, Ph.D., Consumer Reports’ automotive safety engineer.

It works as follows: if the vehicle is locked and the ultrasonic sensor detects movement in the rear seat, the horn will honk on and off for approximately 25 seconds. If the alert is not disabled by unlocking the vehicle and opening the rear door, and the sensor detects movement again, the horn will sound for another 25 seconds. The sequence happens eight times. The alert system can also be configured to send a text message or an email to the vehicle owner via Hyundai’s Blue Link telematics platform when the alert system is activated.