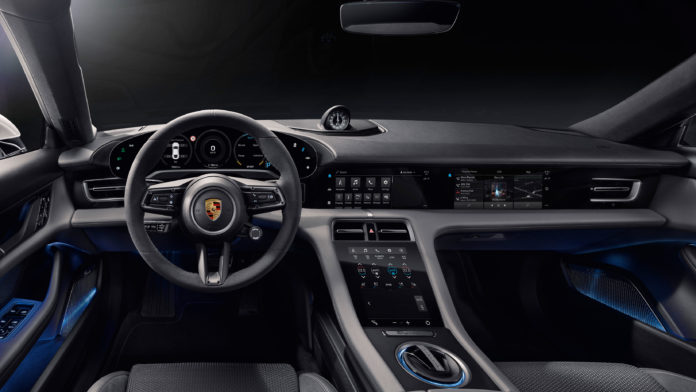 Porsche isn’t formally announcing the launch of its Taycan electric car until next month, but the German automaker has been dangling a few teasers of the car’s interior. The company says the original Porsche 911’s cleanly styled dashboard from 1963 was the inspiration for the dashboard of the Taycan. (A name that’s an amalgamation of two terms of Turkic origin that can be roughly translated as “soul of a spirited young horse.”)

The goal was to create a driver-focused dashboard that puts everything needed by the driver into easy view. The instrument panel has a clean, minimalist and ultra-modern design, and operating the controls is quick and free from distractions, according to the company. The free-standing, curved instrument cluster forms the highest point on the dashboard. It is clearly focused towards the driver and ensures that everything that’s needed for driving is in view.

Interestingly, Taycan drivers will be able to customize their instrument cluster depending on the type of driving they’re doing. Modes include:

Unsurprisingly, the car is highly digitally connected. The dashboard will feature a curved 16.8-inch screen with the rounded look that’s typical to Porsche design. A cowl has been omitted to create a slim, modern design in the style of high-quality smartphones and tablets, and the screen is made of glass treated to eliminate reflection.