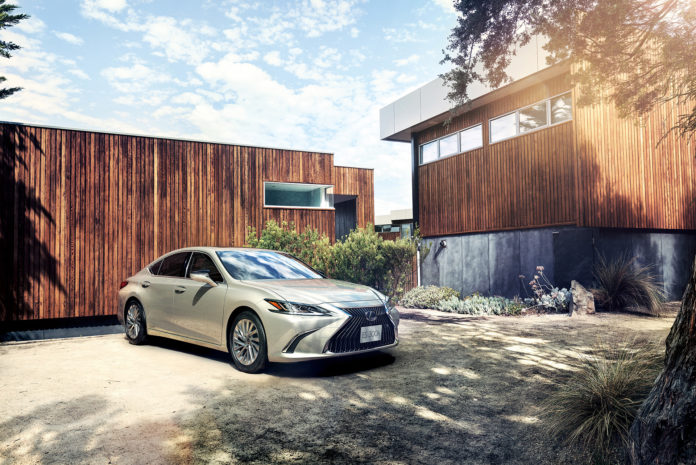 The latest auto maker to jump into the car subscription ring is Toyota, which this week announced that it’s forming a new subsidiary called KINTO Co. to manage and operate its “beloved” car subscription service. KINTO will be jointly funded by Toyota Financial Services, Co., Ltd. (which is owned by Toyota) and Sumitomo Mitsui Auto Service Company, Limited.

“As society shifts from conventional car ownership to car usage that can be enjoyed wherever and as much as users would like, there is a growing need for a service that allows customers to freely select the car that they like or want to drive, and enjoy it as they like, instead of using a car simply as a means of transportation,” according to the company in a statement.

The KINTO subscription service (Japanese language web site is here) has two service levels. KINTO ONE will allow customers to drive one Toyota-brand vehicle over a three-year period, and the more upscale KINTO SELECT will allow customers to drive six models of Lexus-brand vehicles over a three-year period. Both services are offered for a monthly fixed price that includes insurance payments, vehicle tax, registration and regularly scheduled maintenance. The contract term is three years, and no deposit is required.

KINTO SELECT launched on February 6th, and KINTO ONE will become available on March 1st. The initial roll-out will be at select Toyota and Lexus dealerships in the greater Tokyo area, with rollout to all of Japan by summer, according to the company.

The service is far from cheap. Monthly subscription fees for KINTO ONE will begin at about $453, tax included (49,788 yen) for a Prius and range to $973 (106,920 yen) for a full-sized Crown sedan. Other choices in this subscription level is the Corolla Sport, Alphard and Vellfire.

The monthly cost for KINTO SELECT, including taxes, will be approximately $1,770 (194,400 yen) based on current currency exchange rates. In the fall, KINTO will introduce a “point system” which will allow drivers to earn points based on “safe or ecological driving” (which isn’t defined yet) that can be used toward payments. This type of “gamified” subscription service hasn’t been seen yet in the car subscription business.