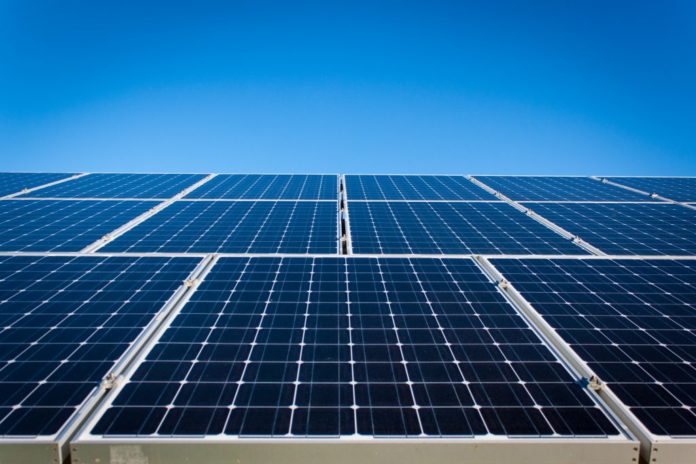 Tired of paying high electric bills? Consider following the example of Charlottesville, Virginia-based Colonial Nissan. Thanks to the installation of a new solar superstructure on the dealership property, the business will be able to tell the local power company to take a hike.

Colonial Nissan, which is located on Route 29 in Charlottesville, has begun a project to install 480 solar panels on the lot. Once completed, the solar structure will produce over 214,000 kilowatt hours (kWh) annually and generate about 93 percent of the electricity needed to power the dealership, which is one of the largest in central Virginia. The project represents Albemarle County’s first solar superstructure, and Colonial Nissan will be the first auto dealership in the state to use solar power.

Carter Myers Automotive, which owns Colonial Nissan, says it’s about responsible stewardship of the environment. According to a news release about the project, the new 163kW solar array will reduce Colonial Nissan’s carbon dioxide emissions by 191 tons annually.

“We see investments like this as our corporate responsibility and believe in sustainable energy. It’s also good business to reduce energy load and costs,” said Liza Borches, President and CEO of Carter Myers Automotive. “We’re already the number one all-electric Nissan LEAF dealer in Central Virginia. Expanding upon our sales of environmentally friendly vehicles and focusing on internal sustainability is the next step forward.”

Since Colonial Nissan’s existing building didn’t have the roof space necessary for 480 solar panels, it’s in the process of building an adjacent garage superstructure to hold the solar array. The dealership is working in partnership with solar energy firm Sun Tribe Solar. A bonus to the new structure will be that it can shelter many of the cars that would have otherwise been parked on Colonial Nissan’s lot.

“Our team lives for projects like this,” said Taylor Brown, Co-founder of Sun Tribe Solar. “You have a forward-thinking company that realizes the economic and environmental benefits of going solar, but doesn’t have the availability of a typical roof space or ability to use land for a ground mounted system. To be able to work with Colonial Nissan on this solution that is clearly outside the box and help them realize their clean energy future, despite the challenges, is what Sun Tribe Solar is all about. We are excited to see it come to life and hope that it encourages other businesses in the area to follow Colonial Nissan’s lead.”

Work began on the project April 30th, and Colonial Nissan and Sun Tribe Solar estimate that the garage will be complete within 45 days and the panels will be operational by the end of June. Carter Myers Automotive has stated that it plans to replicate the project at its other dealerships, according to local NBC news affiliate NBC29.

Colonial Nissan is the number one dealer in the State of Virginia for the all-electric Nissan LEAF.