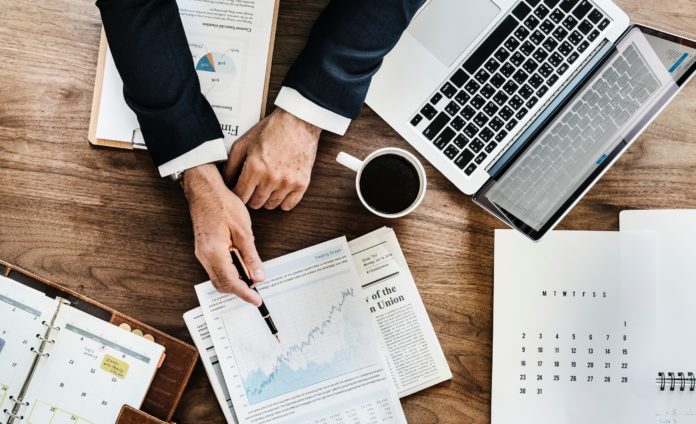 With Fourth of July incentive pricing still upon us, most new- and used-car dealers seem to have weathered the worst of the expected downturn in 2019 auto sales (including one Alabama dealer offering a free shotgun with the purchase of a new car – an offer that’s since been rescinded). Despite depressed sales driven by lower-than-expected income-tax refunds earlier in the year, strong Memorial Day sales have both independent and franchise dealers well positioned to navigate the summer seasonal slowdown ahead of 2020 model releases arriving in the fourth quarter.

U.S. light-vehicle sales declined a modest 1.2 percent in the second quarter, NADA reported earlier this month, to a seasonally adjusted average of 16.9 million units. June sales declined 1.9 percent year-over-year to 1.51 million units. The three fewer sales days in June 2019 versus June 2018 were cited by NADA as a factor in the drop.

“There were concerns earlier in the year, but supply volume is currently in line with expectations,” Manzi said. “Some dealers may have overbought inventory, but not an alarming number.”

Long-term concerns remain, however. Rising interest rates as well as a flood of anticipated off-lease vehicles are squeezing margins across the industry.

Demand, particularly from price-sensitive younger buyers, is expected to drive used-car sales, as the glut of supplies hitting auction blocks and preowned lots will include popular mid-sized sedans and crossover vehicles coming off-lease throughout this year.

Manzi noted that lease expiration is currently peaking at the moment, with an expected four million units expected to hit the market this year, declining to three and a half million units by mid-2020.

The not-so-good news is that all this supply, combined with recent Federal Reserve monetary policy and a spike in dealer incentives, has compressed margins, particularly for independent dealers.

“Times of increased floorplan financing defaults tend to be January, February and around now,” Jonathan Zhan, Senior Vice President of Westlake Flooring Company, the dealer inventory finance arm of Los Angeles-based Westlake Financial Services, told Dealer News Today.  “It is typical for dealers to struggle through July to repay their floorplan financing facilities, particularly if some dealers overbought inventory and those cars are still on the lot.”

Floorplan financing facility delinquencies have been stable through the first half of the year, said Zhan, noting that they tend to tick up around mid-year.

“Topping five percent [delinquencies] is a sign they are not recovering on overbought inventory,” he said.

Zhan also noted that the results of tax returns on sales have tapered off.

“Post-tax season you see an increase in cars sold,” he said. “Now, we are at the beginning of a seasonal slowdown. Demand starts climbing around October.”

Contributing to the slight downturn in sales this year has been somewhat lower-than-expected income-tax refunds, particularly in states negatively impacted by state and local tax (SALT) deduction caps.

Two of these states, California and New York, are also the first and fourth most populous (respectively) in the country, which amplifies the effects of the lower tax returns.

Financing Expenses on the Rise

NADA’s Manzi noted that dealer financing expenses have increased 2.1 percent this year, and while incentive pricing ticked up in May, on the whole, incentives are generally down to $3,500 on average, compared to $3,900 a year ago.
For a floorplan finance company such as Westlake, this means increased diligence in their dealer relationships.

“We’ve sunk money into dealer management and try to make it easier for dealers to make payments, such as allowing mobile payments instead of having to use a laptop,” said Zhan. “Dealers are not, generally speaking, very tech-savvy. There is only so much we can do.”

One company offering tech services to help close the gap between dealers and their finance companies is Atlanta-based White Clark Group. The company’s CALMS Compass platform acts as an intermediary between lenders and dealers. The platform acts like a back-end services for lenders, primarily in managing the credit review process and portfolio servicing. Additionally, CALMS Compass allows users to track warehouse data, account debiting and payments through custom reports.

The CALMS solution offers dealers a “wholesale finance platform tracking inventory at the point of sale and uniform commercial code (UCC) reports on an item-by-item basis, including a scheduled finance plan, according to White Clarke SVP of business development, Jay Edwards.

“With inventory auditing, the platform can be set to flag false reports such as sold but unreported inventory, manage funding payments at the point of sale, monitor inventory loan-to-value ratios, and credit and debit accounts, as needed,” he said.

Franchise Dealers Have the Advantage

“Pressures for us as a franchise dealer aren’t the same as for an independent dealer,” Keltz said. “Seasonality doesn’t affect us as much as it would an independent dealer. We will buy convertibles in the winter, so we have them available for the summer. As a result, we acquire and carry inventory more aggressively,” he said.

There are also advantages in financing for franchise dealers, explained Keltz.

“Independent dealers are much more sensitive to interest rates and the [floorplan] financing relationship with their lenders is different,” he said. “A franchise dealer works more hand-in-glove with the captive-finance unit to move metal, because they’re usually also financing the purchase.”

Demand to Remain Stable; Prices Are Unpredictable for Hybrids

Despite slightly declining sales and reduced margins for dealers, new- and used- car demand is expected to remain stable, if not strong, throughout the year, according to predictions from analysts. The additional supply, mostly in the mid-sized sedan and crossover vehicle sectors, is what price-sensitive buyers want. Demand is also expected to remain strong for trucks, particularly the Ford model F-150.

“Trucks have stopped being undesirable,” Westlake’s Zhan told DCG. “Trucks retain their [residual] value. The F-150 has been a bestseller for a long time, since 2010.”

Lower-than-average gas prices in large population states like Texas and Florida have been cited as a driving factor in the continued strong demand for trucks.

The only significant unknown in the vehicle market for the rest of the year is expected to be prices for hybrid vehicles, many of which are coming off-lease this year and into 2020.

“Hybrid prices are a risk,” said Westlake’s Zhan. “Many of the questions center around the battery life for used hybrids and electric vehicles.”

Kevin Donovan is a freelance reporter based in New York. He has previously worked for Dow Jones & Co. and Thomson Financial, and his work has appeared in American Banker, The Bond Buyer and The Wall Street Journal. Mr. Donovan graduated with a B.S. in Economics from The University of Massachusetts at Amherst in 1997.