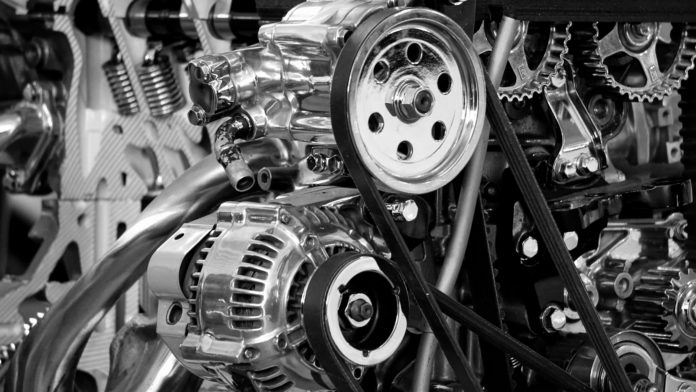 Thinking about boosting your service and parts business to make up for softer new car sales? Selling original equipment parts to independent repair shops or directly to consumers via e-commerce offers a high-margin opportunity. However, a recent paper by Motor Information Systems, a supplier of automotive data, identifies one serious obstacle for dealer groups who want to compete in the replacement parts business: Dealers’ parts inventories often don’t show up during catalog searches.

Dealer’s Advantage: It’s All About Fit

In a recent paper, How to Generate More Demand for OE Parts, Motor points out that automakers and franchise dealerships have a leg-up against aftermarket suppliers in a crucial way. Simply put, “Maintaining vehicles with original equipment (OE) parts ensures proper fit and function.” Even in the face of trends like electrification, autonomous vehicles, and mobility-as-a-service, one important constant, says Motor, will be “the need to properly maintain vehicles no matter the propulsion system or ownership model.” Consumers are tending to purchase more pre-owned vehicles and to keep their cars longer, but they are also well aware that good maintenance and timely repairs are essential.

“For anybody buying a replacement part, this is generally a distressed purchase,” said Adrian Klingel, in an interview with Dealer News Today. Klingel is founder of MyFitment, a web-based application service provider that allows sellers to convert their parts data into standard formats for uploading to e-commerce sites like eBay and Amazon. “Repair shops need to turn their bays around quickly,” Klingel said, “so they have to be able to get parts the same day. The consumer might not be able to get to work the next day if they can’t get the part to fix their car.” 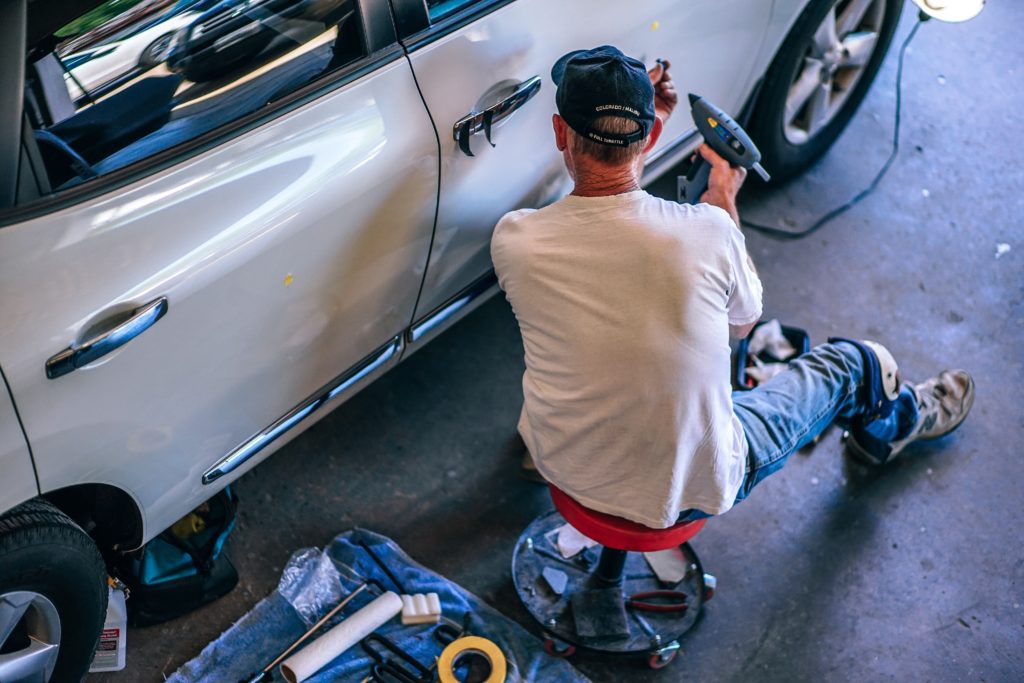 It’s no secret that an OEM part tends to cost more than an aftermarket part. All the same, because of the urgency on the buyer’s part, the auto dealer might have an advantage due to compatibility — but only if the part appears in search results, and only if fitment is guaranteed.

Researchers expect more older cars on the road in the future. According to information services firm IHS Markit, by 2021 more than 81 million light vehicles in the U.S. will be at least 16 years old. IHS analysts believe that “the average age growth of the vehicle fleet will bring new opportunity for the automotive aftermarket.”

Structure of the Replacement Parts Market

The market for replacement auto parts is usually depicted as dual: OEM versus aftermarket, with distinct suppliers and catalogs for each supply chain. We do find, though, that the lines can be blurred: At times, the “aftermarket” gets described as an area that the OEM supplier can target as well.

Financial services firm Gabelli Funds estimates the value of the U.S. automotive aftermarket for parts at $166 billion. That market is addressed principally via DIY (do-it-yourself) and DIFM (do-it-for-me) channels, or repair shops. Gabelli estimates there are roughly 1,000 aftermarket parts suppliers in North America, delivering through about 220 warehouse distributors and 37,000 parts stores. The firm describes three general categories of distribution systems:

Dealer News Today spoke with Drew Shippy, president of Pinnacle Media, a communications firm specializing in the transportation sector. He agrees with the standard description of the OEM and aftermarket parts systems as distinct and competing supply chains. Shippy advises Epicor, a dominant provider of catalog data and solutions for aftermarket parts. Epicor’s catalog, he told us, “is embedded in most management systems used by independent repair garages.” On the other hand, he said, “car dealers don’t have that connectivity direct to the repair garage.”

Shippy does admit that dealerships have inherent advantages in some respects: “I can tell you that the repair garage will buy a part from the dealer when the vehicle is too new and hasn’t yet entered the aftermarket cycle. The second reason for buying OE parts is for really hard-to-diagnose problems — for example, with emissions systems, fuel systems, or catalytic converters.

“But with things like brake pads, ball joints, tie rod ends, and countless other parts, they’d just rather go with an aftermarket part. It will be less expensive and almost as good as the OE part. In fact, it might even be identical.” Shippy pointed out that many manufacturers supply the same exact parts both to OEM and aftermarket chains, but using distinct branding.

The authors of the Motor paper say that independent repair shops perform more than 70% of post-warranty repairs and service, constituting a substantial market. Motor comments: “Sure, aftermarket parts can sometimes be less expensive, but today a majority of OE parts are not coded to be visible in the database many of these shops use to purchase parts.” 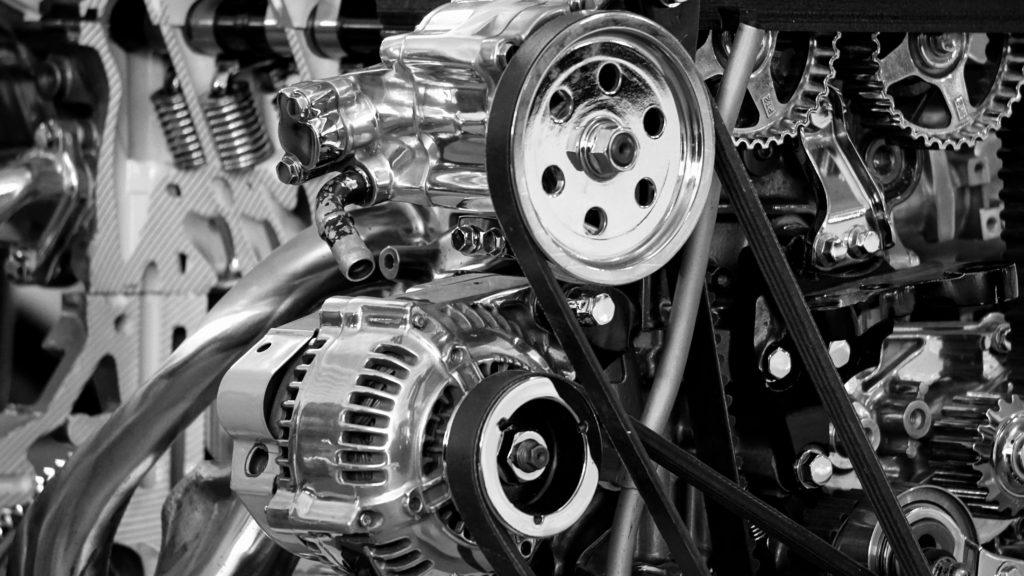 The challenge, then, is to make sure OEM products show up when repair shops or other decision-makers search for parts. In a dealership setting, a repair technician can find the correct part by just using the VIN. But for the independent repair shop, the search typically requires entry of the standard year-make-and-model data points, and possibly other fields to identify the correct part characteristics. If the supplier hasn’t correctly coded a part, it won’t show up in search results.

“Most automakers have not made their parts data widely available and coded to ACES standards, missing out on the opportunity to have their parts available to the 160,000 U.S. automotive service and repair locations in need of quality parts for repairs. Making properly coded OE data more widely available will generate more demand for OE parts.”

In the past, automakers reportedly have been reluctant to standardize their parts information for fear it could be exploited by competitors. Motor insists that this restrictive stance is counterproductive today, when sales to repair shops depend on instant visibility in catalog applications. The same holds true even in the DIY business, since more and more consumers are purchasing auto parts directly, through such outlets as eBay and Amazon. “If data is not made available on all e-commerce platforms,” says Motor, “the owner of the data will not even be in consideration.”

Data providers are available who can translate parts data into standard formats, and even build in protections for security and control of access. If a franchised dealership’s OEM is not on-board with standardized parts data, it’s possible to directly contract with such a data provider to make the company’s parts inventory accessible.

Solutions provider OEC, headquartered in Richfield, Ohio, seems to offer one of the most extensive and widely-used suites of applications designed to get original equipment replacement parts out into the marketplace. The company says its solutions are used by more than 17,000 dealers in North America, and over 30,000 worldwide, although that penetration includes not just automotive, but also the construction and heavy truck markets.

OEC’s RepairLink is a web-based marketplace for mechanical parts. In a brilliant move, OEC has made RepairLink free for repair shops, while dealerships pay to play. OEC’s participating manufacturers include Ford, GM, BMW, Volkswagen, FCA, Nissan, Volvo, Subaru, Toyota, Hyundai, Mercedes-Benz, Kia, and others. On the repair shop side, RepairLink allows the service writer to look up replacement parts by VIN; to access specs, illustrations, and technical drawings; and to order online.

Ray Fannin, owner and founder of A&J Automotive, an independent repair shop in Raleigh, N.C., told us that the Smart eCat desktop solution his shop uses for parts lookup includes an embedded tab to access the cloud-based RepairLink marketplace.

Fannin said the RepairLink connection allows for a virtually side-by-side comparison between OEM and aftermarket parts. Delivery time is always a factor in a parts decision; but Fannin told us, “With local dealerships, if we order a part by two or three o’clock in the afternoon, most of them can have it to us the next day. NAPA or O’Reilly can respond more quickly if they have the part in the local warehouse — but if not, they’re slower.” Fannin said his shop sources about one out of every three parts from auto dealerships.

Is the auto sales business heading into a downturn, or maybe even the entire economy? It’s hard to be sure about that, but strengthening your parts business could be a useful hedge against tougher conditions.

“I just think that the aftermarket is about the safest business you could be in, from an investment perspective,” said Klingel of MyFitment. “It’s like funeral care and health care services. In the 2008 downturn, people still bought those services. The auto aftermarket is a very stable place, because people really need to drive. Good economy or bad economy, people drive anyway. They have to, so they figure it out.”

Al Bredenberg is a writer, editor, analyst, and consultant. He specializes in investigating and explaining complex topics and has written about technology, business, management, marketing, design, innovation, and many other topics.

Al holds a master’s degree in organization and management from Antioch University New England. He has served as editor for print and online content, and also has expertise in product usability and user-centered design. He currently serves as a contributing writer for Dealer News Today, published by the Dave Cantin Group.