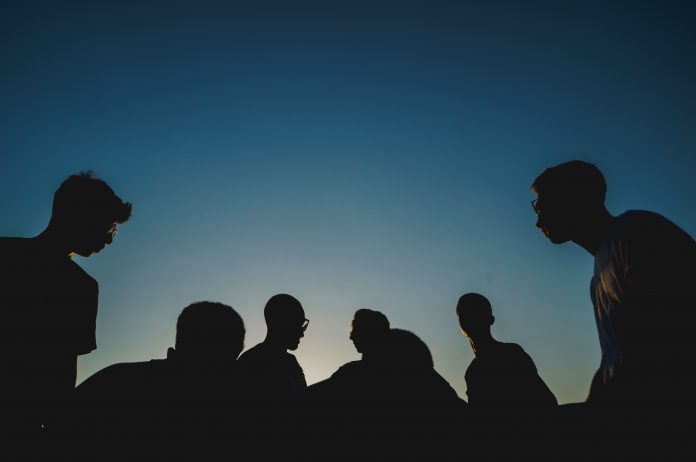 Today is the 25th anniversary of the Martin Luther King Jr. Day of Service. Though Martin Luther King Jr. Day has been observed since 1986, legislation to turn it into a Day of Service was passed in August of 1994 in an attempt to honor the mission of Dr. King to build a “beloved community:” an all-inclusive society based on justice, compassion, and equality. Service brings people together for a common cause, while improving the community that keeps dealerships in business. Dr. King said, “everyone can be great because everybody can serve.” That includes dealerships and their teams. Here are a few ways that dealers can serve others.

How Dealerships Can Serve the Community
Martin Luther King Jr. Day is on the third Monday of every January. Some time in late November or early December, dealerships should check in with local charities. More importantly, dealership staff should find out what they need rather than assuming and possibly missing the mark, no matter how generous the intention. For example, as the weather gets colder, homeless shelters will usually need to stock up on supplies. Though the first instinct is to donate warm clothes, scarves, hats, gloves, or coats, these shelters are usually short on feminine hygiene products, new socks and underwear, soap, washcloths, and toothbrushes.

Serving the community can require a bit of sleuthing and creativity, but think about what every dealership has at their disposal: a great staff. They come in handy for just about everything, but especially Meals on Wheels. A car dealership backing a mobility initiative is perfectly on-brand for just about everyone, and it’s a rewarding experience for all involved. For those unfamiliar, Meals on Wheels America is a decades-old program from the 1950s where volunteers deliver food and good cheer to area seniors. Volunteers pick up food from a central location and deliver it, so they don’t need to worry about paying for the food themselves.

Fortunately, many dealerships already liaise with charities. Whether it’s one as large as the American Cancer Society or as small as the local soup kitchen, they all need help. That’s where a phone call might be a good idea: if they have upcoming events that require volunteers, that is where an amazing staff can step in for a Day of Service in the name of the dealership. Not only does the team get the unique happiness that accompanies volunteering, but the dealership’s name is out there and tied to a great cause.

For anyone who’s really strapped for ideas, there’s always the pet causes that manufacturers undertake. Subaru is involved with everything from the Red Cross to Big Brothers Big Sisters to Habitat for Humanity. Following the manufacturers’ lead is a perfect option for dealership management interested in building brand consistency while helping a great cause. It’d be prudent to first find out which issue among those supported by the manufacturer is most important to locals, and then coordinate accordingly, because as of 2017, 87 percent of responders to a survey said they would purchase a product based on whether the company advocated for a cause they felt strongly about.

Cars have the unfortunate stigma of contributing towards pollution and environmental damage, even as electric vehicles rise in prominence on the road. To counter this, contacting local environmental groups to conduct a local environmental effort would reflect well on the dealership. It could be a beach cleanup, tree planting, or even giving out reusable shopping bags with the dealership’s name and logo on it. As environmental awareness increases, consumers are becoming more and more conscientious of where they spend their money, so helping to beautify or sustain the community around the dealership could have a big impact.

Finally, the argument can be made that competitive deals and an understanding finance department are serving others in and of themselves. It’s become increasingly clear that a car is a necessity (in fact, the Pew Research Center called it 10 years ago). Anyone that makes it easier for people to have access to them is doing good work. After all, the wheels they leave the lot with might help them find a better job not accessible by public transit, connect with friends and family members they wish they saw more, give them access to better opportunities for housing, and more. In the sometimes-harrowing car purchase (and dealing) process, it can be easy to forget that, but customers will appreciate it far after they’ve put the first few miles on their new (or new-to-them) vehicle.

How Dealerships Can Serve Their Employees
Ultimately, dealerships wouldn’t be able to function without their staff. They are the face of the operation as people who do the day-to-day things that keep the lights on. That’s why it’s smart to use outreach efforts as an opportunity to connect further with staff and their needs. Managers can always talk to team members and find out what’s important to them- or, for a more egalitarian approach, set up a suggestion box for causes and organizations. Not only does this give managers a good idea of the priorities of their staff, but also functions as a way to crowdsource the effort of zeroing in on a specific cause, which is a task that can be daunting. In an ideal world, every business could help every cause, but that simply isn’t the case. By gleaning what staffers find important, outreach efforts then become a way to put employees first while helping the community.

Another, more personal approach would be to rally behind a cause that has affected someone on the team directly. For example, if a staff member or their family have struggled with a certain illness, the next step may be to hold a benefit or donate to a charity that does research or assists patients. Often, fellow staff will be more than happy to pitch in any way they can, bringing the team closer together to support someone they all know and care about. If there’s already an event for that cause soon, even better- staff members might be willing to volunteer in some capacity, especially knowing someone who has been affected by the issue at hand.

Finally, and somewhat controversially, it may be worth looking into incentivizing volunteering. It’s a good way to reward staffers who may not be accustomed to charitable work, and a nice perk for people who do it all the time outside of work. It’s not smart to just use this tactic solely to rally a more excited response following lackluster enthusiasm for a local cause. Whether there are three signups to help with the local Habitat for Humanity house or 30, treating people willing to do good work to lunch never hurts.

There is always a story behind generosity. It’s not an ulterior motive, but a drive that compels people to help others. On Martin Luther King Jr. Day of Service, dealerships should take time to reflect on how they are serving others, and more importantly, how they can do it better. For anyone who missed this year’s Day of Service, don’t worry. As Dr. King once said, “the time is always right to do what is right.” Early planning for the next community outreach efforts are the small steps towards a greater purpose.