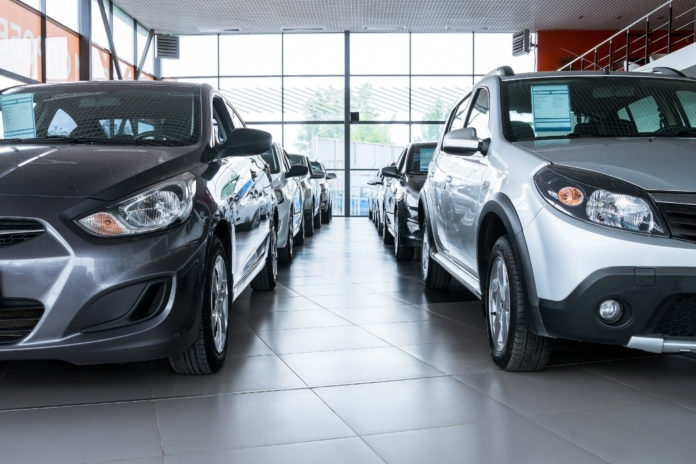 Between 2009 and 2016, dealers saw car sales rise steadily. Over the past few years, however, vehicle production has slumped due to changes in supply chains and increased costs of production. Passenger cars sold in the U.S. stood at a little over 5.3 million units in 2018. Total car and light truck sales were 17.2 million in the United States and around 78.6 million units worldwide in the same year. Not bad, but standing still.

As the auto industry is the largest manufacturing segment in the U.S., making up about three percent of the gross domestic product, a slowdown in vehicle production could weigh heavily on the economy. In 2018, new car buyers bought a little more than 17 million new automobiles and light trucks. Sales in the U.S., however, are projected to slip to around 16.4 million units in 2021, driven by rising interest rates, less aggressive incentives, and increased competition from the used car market.

In fact, according to Moody, the outlook remains pessimistic for auto manufacturing, as global sales of light vehicles are expected to fall (3.8% in 2019 and 0.9% in 2020) likely due to events like the looming trade tensions between the U.S. and China, China’s weakened economy, and an uncertain Brexit.

Even so, amid the flurry of change, dealerships are finding ways to remain upbeat, competitive, and profitable. Here’s how:

Factory-to-dealer incentives reduce the dealer’s true cost to buy the vehicle from the factory. Most often, manufacturers offer regionally-based incentives to generate sales on specific models. These spiffs can lead to competition among dealers to move slower-selling stock with the incentive kicking in when certain sales targets are reached.
At one time, nearly all automakers ran programs that paid dealers cash incentives for each sale of specific models within certain time periods, with the majority of dealer cash-dollars tied to multi-month sales targets and other non-sales objectives.

Over time, to maintain their competitive advantage and increase customer loyalty for the brand, vehicle manufacturers have significantly altered these incentive programs from ‘gross-based’ with a primary focus on sales, to ‘targeted- or volume-based’ programs. Targeted incentive plans might focus on different performance elements, such as customer experience, showroom standards, certified pre-owned vehicle performance targets, among others. For example, under the targeted incentive bonus plan, a dealer might earn holdback of one percent of MSRP from the automaker. They also might have the opportunity to earn an additional four percent of MSRP if they meet further requirements. All in, that’s a total incentive bonus of up to five percent of MSRP.

All too common, and also not unexpected, automakers have been known to change incentives mid-month, irritating dealers and confusing sales personal. This typically happens when sales are slow and fail to meet expectations. Modifying incentives once or twice a month can be frustrating, but automakers don’t seem to be concerned. As long as dealers lean on their programs to pay the bills, automakers will call the shots.

Volume-Based Incentives
With the average current operating profit a mere 0.2%, dealers are looking for ways to squeeze out as much profit as possible by maximizing the many incentive programs by automakers. Where once profits were gained almost exclusively from gross sales, things have changed, and automakers have resorted to playing the volume game.

Brian Brown, COO of Dave Cantin Group (DCG) says the shift starts by maximizing all programs by manufacturers, and by ordering the right cars and trucks; the right models, right colors, right options, and right equipment. Vehicles that turn fast. That’s the only way to maximize monthly and quarterly volume incentive opportunities.

In fact, manufacturers are making it possible to make more than $4,000 in profit per car if dealers max out all programs and inventory is turned quickly. And, if one manufacturer makes a move or changes an incentive mid-month, then everyone else jumps on board.
“The days of holding gross are over. The only way to make a profit on each vehicle is to maximize the volume game instead.”

This sliding scale may work for larger dealerships, but the small guy takes a hit. The more you sell, the more incentives per unit, which makes it hard for small dealerships to meet the same goals.

Even so, Brown adds, “It’s a time game. Having vehicles on your lot for more than six months is too long, costing dealerships thousands of dollars.”

Right now, vehicle manufacturers are doing all they can to ‘buy the market.” For example, GM just launched a program called Essential Brand Elements. If you’re watching the news, you may have noticed local dealers renovating and rebuilding parts of their dealerships to fall in line with the latest protocols from the company. So, it’s become a go-to program for GM dealers to help finance those renovations. 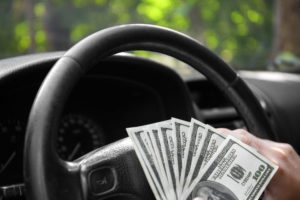 Incentives called ‘stair-step’ programs are traditionally tied to sales quotas. They can become a bit complex, especially when incentives are paid retroactively. The way the programs work vary for each dealership, but in general, as sales increase, incentive amounts increases as well. For example, if one dealership sells 15 units over the course of the program, the dealer might earn $750 per unit. If the dealership sells 20 units, they might earn $1,000 per unit, and if the dealer hits 25 units, they can make $1,500 per unit. Automakers may even offer a fast-start bonus over and above any spiffs they earn per unit sold.

An innate problem with stair-step programs is that they are skewed toward larger dealerships who can adjust real pricing downward, sharing a portion of the bonus with their customers. Unfortunately, smaller dealerships are not always able to offer the same competitive pricing. They also risk losing money if they can’t make sales quotas. This puts smaller dealers in a tight spot, which may explain why many smaller dealers don’t like the program.

The stair-step programs and CSI count a great deal toward meeting automakers targets, and both, it seems, are tied to volume. If dealers remain committed to a dependence on sticky gross, they will likely not survive.

Customer-Focused Targets
Automakers have always had dealer incentive programs. Yet, many dealers will agree that past payouts pale in comparison to today’s programs that often take the form of low APR interest rates for financing or cash discounts off the vehicle Past programs were dedicated to compensating dealers for declining showroom sales margins. In fact, it’s been estimated that nearly 40 percent of dealers are not profitable in their new-car departments until they get factory spiffs.

For decades, boosting brand loyalty by encouraging dealer sales personnel to concentrate more on the needs of each customer has been an ongoing struggle for all vehicle manufacturers. Even so, recent automaker incentives still lean heavily towards boosting new car revenue profits. But now, in the modern era when customer-focused programs come into play, showroom sales are changing, with greater emphasis on retaining the customer for life and maintaining customer loyalty of the brand.

Increasingly, sales personnel are being tasked with spending extra time connecting with the customer, and factory incentive programs are compensating sales teams for doing just that. Many automakers have also introduced dealer-wide rewards programs with the sole purpose of boosting repeat sales, brand loyalty, and service department revenue.

The growth in targeted, customer-focused rewards has the potential to increase manufacturers’ power to shape dealership operations and staff behavior. Consequently, automakers have adjusted incentive programs to focus more heavily on these targets.

What’s Ahead
As sales numbers continue to rise, at least in the present, there’s little doubt that the rivalry over sales at the dealership level will intensify, which will force automakers to increase incentive spending. Also likely to intensify is dealers’ dependence on auto manufacturer’s incentives, partly due to consumers increasingly switching brands. To counter this growing trend, automakers will be further motivated to move toward customer-centric rewards and incentive programs to secure repeat customers and differentiate their brand.

This is a significant advantage for the consumer, who will surely benefit from a better showroom/service experience and competitive pricing. However, for dealers, it means their new car sales departments are further controlled by automakers so that the operational independence they previously enjoyed in that aspect of their business, will diminish in the future. While the discussion lingers, automakers will do their best to guarantee closer relationships with their dealer partners by continuing to support customer retention programs and offer incentives.

Kathryn is a professional writer who has remained successful by staying tenacious and knowledgeable in a very competitive field. Kathryn tells stories and crafts content that persuades, informs, educates, and causes the reader to pause, without lulling them to sleep. She has written for major publications, small businesses, and everything in-between, and she does her best work with a team that leans on each other so that everyone feels empowered to do their best work. Her degree is in Journalism. Kathryn’s home is in always chilly Minnesota. Find Kathryn at www.upnorthwriter.com.