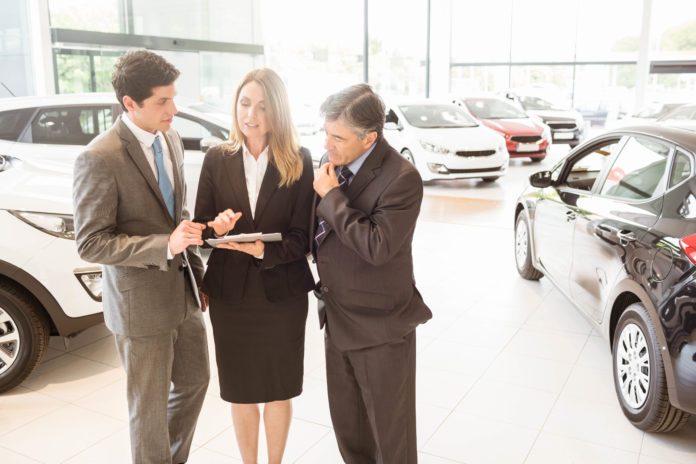 Perhaps the greatest asset any business owns is its “human capital” — its people. New approaches to compensation are helping some dealers face the challenge of getting and keeping the best workers.

A report from the Dealer Financial Services team at Bank of America warned that:

“In a connected world where customers can find information and vehicles and comparable prices anywhere, your people often are the deciding factor — the reason a shopper will choose your dealership over the one down the street.

“Smart, informed customers want to work with salespeople, service advisers, and F&I managers who can answer their questions — people they can trust when making one of the biggest purchasing and financing decisions of their lives.”

Many dealerships follow traditional compensation models that have worked fine for years. However, some worrisome trends have emerged, indicating that businesses should consider new approaches to paying staff, especially younger sales associates, many of whom are entering the workforce with different expectations than previous generations.

Cox Automotive’s recent Dealership Staffing Study found that younger workers actually express a high degree of interest in working for car dealerships. Researchers found that “a whopping 32 percent of Gen Z and 36 percent of Young Millennials are interested in working for a dealership,” a figure that goes even higher “when including roles outside of sales.”

However, Cox cautions that recruiters need to think differently when trying to attract younger prospects. These workers, said the report, “came of age during difficult economic times that culminated in 2009. After growing up in the Great Recession, they’re pragmatic. So financial stability is very important to them.” The study revealed that commission structures can be a major stumbling block:

“A third of current dealership sales employees are thinking about leaving over the commission pay structure. And 41 percent of employees in other industries wouldn’t even consider a job paid on commission, substantially shrinking your potential talent pool.”

The competition for talent is driving dealerships to tune-up their approach to human capital management, said Tyler Anderson, Director of Business Development for dealer management platform Dealertrack DMS. “We consult with both large and small franchise dealerships, and I’ve noticed just a greater level of maturity and consistency in compensation,” Anderson told Dealer News Today in an interview. “They’re getting more sophisticated when on-boarding their people. They’re giving a more consistent message on compensation than they have previously. There’s an increased level of structure and professionalism we didn’t see before.”

A recent study by professional-services firm Deloitte confirms the high turnover rate in dealerships. Researchers at the firm found that “it is not uncommon for dealers selling the biggest volume brands to see annual turnover rates of 50 percent to 60 percent for their salespeople, and 40 percent to 50 percent for their service staff.” In the management area, respondents reported an annual churn of 20 percent.

The NADA report commented that “This alarming combination represents a major drain on talent and cumulative work experience in dealerships,” resulting in “reduced productivity, reduced median and average earnings, and reduced dealership profitability.”

Attracting Talent in a Competitive Market
“There are basically two ways we as employers can compensate our people,” said Adam Robinson, CEO of recruiting and hiring platform developer Hireology, speaking with Dealer News Today. “You can pay people for outcomes or for their time. Or you can use a hybrid as a third way. Most industries pay people for their time, based on a salary or the number or hours they work. In automotive retail, on the other hand, we’ve been paying people largely for outcomes.

“The headline is that dealers aren’t just competing for talent with other dealers,” Robinson said. “They’re competing with every other employer in the U.S. If I’m a top performer looking for work, and I have three job offers, two that pay a guaranteed salary and one that is commission-heavy, that last offer looks a lot less attractive today.” This could be the case, even if the compensation for a commission job has greater potential in the long term.

This competitive situation requires a new perspective for dealers seeking the best workers. “Jobs are a product,” Robinson emphasized. “The job has to be retailed; it has to be sold. That means giving people what they want.” Anderson said this generation of workers cares more about career path, work-life balance, and flexibility. When it comes to compensation, “they want a job that gives stability, not necessarily the most pay. ‘Can I count on a level of income month to month? Can I have a flexible workplace that allows me to live my life — and paid time off or flex time or parental leave, tuition reimbursement — and shift-management programs that make sure I’m not working every weekend and every night until 9:00?’ “As a dealer, if I have those things and other dealers don’t, I’m going to be the top choice. You have an opportunity to really differentiate yourself as a dealer today by thinking about all of this,” Robinson said.

Bank of America’s report also backed up Robinson’s assertion about the need for a clear career path for today’s newer workers. One way to chart that path could be to break jobs down into a series of experience levels, with promotions and raises tied to each level. On the sales side, the report’s authors suggested, “an employee could progress through positions including trainee, junior demonstration specialist, sales assistant, product specialist, and then various salesperson levels.”

Car Sales: A Job With Some Uncertainty, but Lucrative Potential
The Deloitte report acknowledged that, in spite of challenges around dealership compensation, car sales people make out relatively well. In fact, the report said, the mean annual wage for sales and related jobs at dealerships is $47,080, as opposed to $29,440 in other retail sales jobs.

“Jobs in our industry pay really well,” said Adam Robinson of Hireology. “People make great money in automotive retail, and I don’t think the broader workforce really understands that.” Robinson thinks that points to “a combination of guaranteed base pay with incentives on top of that. To sell the job, you need to take care of people’s basic needs, a predictable level of income — but not losing sight of the fact that you are in the business of selling cars.”

Deloitte profiled one dealership that pays all employees except service techs a base salary that makes up 70 percent of their compensation. The remaining 30 percent is paid out quarterly, calculated according to the staff’s performance on 10 different key performance indicators (KPIs).

Dealerships are increasingly offering sales associates such base-plus-bonus pay plans. When AutoNation gave its sales professionals a chance to switch to a base-salary-plus-commission plan in 2017, 70 percent of the sales force reportedly took them up on it. For new sales associates, AutoNation now advertises a nine-month on-boarding process that puts new hires on a base rate for an initial six-month training period, with bonuses paid on units sold, customer service scores, and other metrics. For months seven through nine, associates receive a base rate or commission, whichever is greater, then can move to full commission starting in month 10. Commission is based on a combination of gross profit and customer service score.

ESOPs: Giving Employees a Stake in the Business
Some auto dealerships are rolling out a deeper-level solution for attracting and retaining workers: offering them a piece of the pie. NCM Associates, which provides technology and consulting services for auto dealerships, points to an employee stock ownership plan (ESOP) as a way to invest employees in the success of the business. Under an ESOP, an employer grants company stock to its employees according to an established schedule; the company then purchases an employee’s stock when the worker retires or leaves the company, paying out in a lump sum or periodic payments.

In a recent writeup, NCM profiled Roush Auto Group of Westerville, Ohio, which has operated with an ESOP since 1991. Jeff Brindley, Roush’s president, told NCM that the ESOP often facilitates employee recruitment through word-of-mouth:

“Over the years, we have had technicians go to Honda training or other events and speak with other individuals in the business. They share stories, talk shop, and the next thing you know, when it comes time for a career change, we are now on the list.” Such occurrences have brought highly experienced new hires through the door in a way that could never take place through run-of-the-mill recruitment efforts.

Brindley admitted that Roush still struggles with retention of entry-level employees who are less likely to be concerned about retirement. However, with mid-career professionals, the ESOP can be a big win: “We have a lot of sales guys that have been with us for a very long time,” Brindley said.

Perhaps the greatest benefit of employee ownership: It fosters a culture of engagement and accountability, because workers have a long-term stake in the success of the enterprise. The different functional areas truly care about each others’ roles: The service manager really does care how many cars get sold; the F&I manager really cares whether the body shop gets all the business it can; the new-car salesperson really cares about the effect of trade-ins on the company’s profitability in used-car sales.

The National Center for Employee Ownership (NCEO) cites various research studies over the years showing that employee ownership is generally correlated with better company performance, productivity, and stability; and greater financial well-being on the part of workers.