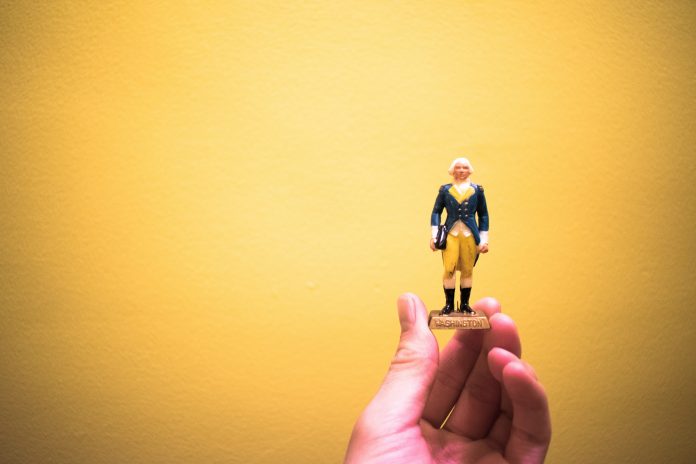 When did Presidents Day, the holiday formerly known as Washington’s Birthday, become synonymous with car buying? Dealerships that Dealer News Today spoke with can’t pinpoint when they began running promotions for the three-day, holiday weekend, they just know they have been promoting this curious relationship for as long as they can remember.

If you feel like going down a rabbit hole, read “When Presidents Day Was Bicycle Day,” a 2015 piece in The Atlantic by Yoni Appelbaum.

Social media gives dealerships an inexpensive platform to push sponsored deals in addition to —or instead of —local TV buys.

While dealerships promote Presidents Day, most feel it’s ineffective and simply do so in an effort not to be left behind if every other nearby dealership is acknowledging the holiday and running deals.

“Presidents Day is not a big deal for us,” said Kent Putnam, owner of Putnam Automotive in Burlingame, CA. “It’s not creating more buyers. Memorial Day, Labor Day and end of the year are bigger sales times for us.”

Putnam continued by recounting some successful promotions of past and present that were more bountiful than a Presidents Day promotion.

“We used to do a Thanksgiving promotion where we gave away free turkeys on Thanksgiving. The [big] catch was the turkeys were still alive,” Putnam said with a laugh. “Most people wouldn’t take it but some did!” His dealership also gave out free pumpkins for Halloween, and coffee and sugar during a sugar shortage.

Corporate Honda is no stranger to Presidents Day advertising; in the past, it was one of the most frequent and extensive marketers during this period.

With help from its longtime agency, RPA, it created this stand-out Presidents Day ad from 2013.

George Washington and Abraham Lincoln sing the slow jam praises of 2013 Hondas. “Four score and many years ago” croons Lincoln while Washington chimes: “I wanna four score a deal with you.” The pair highlight Honda’s rearview cameras and the “red, white and bluetooth.”

Local Honda dealerships also participate in the creative parade, like this Northern California Honda Dealers ad from 2013 that used Washington, Lincoln and non-president Benjamin Franklin to promote the upgraded Civic, Accord, and Fit during Presidents Day weekend.

Dealer News Today reached out to RPA to see if Honda was running any Presidents Day advertising this year. An agency spokesperson said that the manufacturer “doesn’t have new work for President’s Day” and “it’s been a couple years since Honda had a dedicated Presidents’ Day campaign.”

Dan Seidner, marketing manager of Dan Perkins Subaru in Milford, CT, noted that the dealership doesn’t decorate the store for Presidents Day but does offer sale event prices because if they don’t, “people will think we are offering nothing. We always celebrate it. The world changed how people are marketed to. Prices in inserts in newspaper advertising are no longer a factor anymore. People used to walk in to the dealership with a newspaper under their arm,” continued Seidner.

Dan Perkins Subaru places more of a marketing focus on its end-of-year sales and noted that Presidents Day deals aren’t necessarily better than a deal found in early January.

In a 2015 Boston.com piece, a spokesman for Edmunds.com found dealership sales jump an average of 25% over Presidents Day weekend.

The New York Times published an article last year about car buying and Presidents Day sales noting there will always be a deal for consumers to find and to eschew the pressure of having to buy during a holiday weekend event.

The piece also prepares consumers on the increased prices of new cars and interest rates, given the rise of standard technological improvements like backup cameras, blind spot warnings and heated everything.

“It’s the start of the year in the automotive industry. A huge event for car buyers,” he added.

“There will be extra rebates for certain models, which are all determined by Ford,” Coblazo said.

If a Ford F-150, for example, wasn’t moving, extra money would be taken off the price.

Jim Polito, General Manager of Princeton BMW in Hamilton, New Jersey, has run Presidents Day advertising in the past but discontinued doing so because he “never really had much success with these sort of promotions. Domestic and some imports (Toyota/Honda) usually focus more on these holidays.”

While the majority of President Day ads focus on the past, like these 2014 ads from Jeep and Dodge, some automotive brands look to the future.

While a fleet of Jeeps drive into a formation of the American flag, a group of children are singing the “Presidents’ Song,” better known as the way we all learned the order of American presidents as kids.

A 2013 Toyota ad featured small kids at a presidential podium, telling Americans what they would change if they were president. Hint: it includes cotton candy, ponies and unicorns.

Kia’s Presidents Day ad from 2019 puts an interesting spin on parents driving their children from activity to activity: whether they become a writer, teacher, musician, or president, you just don’t know who you are driving around. Not a bad time for Kia to hype its safety features, either.