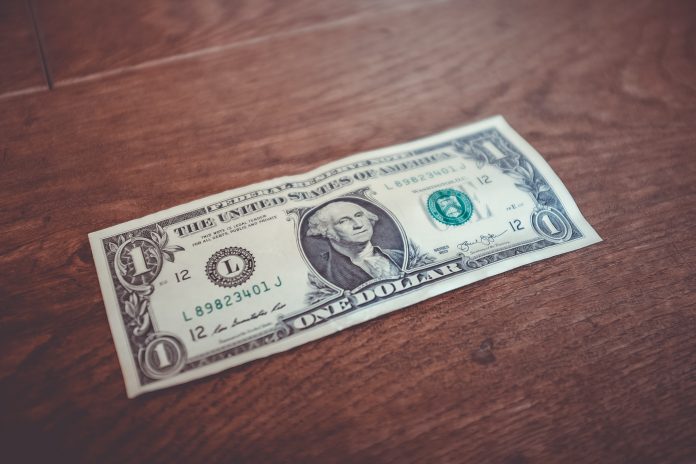 Right now, Ford is making ventilators and face shields to aid in stocking the supply chain with much-needed medical equipment. The vehicle production lines have halted for Ford and other automakers, leaving dealers to scramble with an uncertain timeline to return to normalcy. Ford is doing something else, though. Officials are urging government talks for special relief options for the auto industry. The airline and cruise industries have been acknowledged in this latest $2 trillion relief package, and some have suggested that a $500 billion budget may offer support to the auto industry. However, Ford isn’t waiting to hear how the federal government plans to help. Instead, they’re expecting talks about a consumer incentive program, much like the “Cash for Clunkers” program from 2008.

Ford spokeswoman Rachel McCleery released a statement encouraging Congress to take a look at a variety of opportunities to bring back jobs, increase consumer demand, and support America’s “economic engine” – the automotive industry. One model up for consideration is similar to the “Cash for Clunkers” program from 2008 and 2009. This incentive platform was able to significantly stimulate auto sales then and helped automakers and dealers bounce back from the financial recession. Representative Debbie Dingell, D-Mich., shared that Congress was focusing on the automotive ecosystem entirely and considering assistance that would present short, mid, and long-term solutions. They are taking input from everyone, including the suppliers, dealers, the UAW, and the OEMs, to identify and carve out a plan that will benefit everyone.

Congress passed the CARS program, also referred to commonly as the “Cash for Clunker” program, in June of 2009. The basis of this incentive movement was to generate an influx of car buyers on the heels of the economic recession that led to automotive bailouts in 2008. The rules were simple for consumers and offered robust trade-in values for older model vehicles in almost any condition. A qualifying “clunker” would have to have an 18 MPG or lower fuel rating and would have to have been owned by the consumer for a least one year. The new car purchase had to fall below the $45k price point and offer at least a 4 MPG improvement over the trade-in. For those consumers who met these conditions, the federal government would offer a rebate voucher to apply to the transaction of $3,500 to $4,500.

The program proved to be so popular that thousands of consumers nationwide flooded their local dealerships. Within the first month of initiating the CARS program, nearly $1 billion of the original government budget had already been allocated. A second budget was added, when the Senate and House voted to add an additional $2 billion to the program. Reports indicate that during that time, nearly 700,000 vehicles were traded.

At the dealership level, many retailers experienced record sales week over week. Many reported 20% increases or more. All the new models leaving the lots triggered automakers to ramp up production. The results of the stimulus program were felt almost immediately, and in turn, helped the automotive industry recoup from the economic crash in 2008. Even the federal government saw a return, all but $9 billion, on their initial $80 billion bailout of the big three automakers. The question is, would a similar incentive platform bring the same results to today’s market?

The Coronavirus Market Is Different from the 2008 Market

Today’s economic condition is much different from the financial situation in 2008. Many dealers and automakers were on pace to report considerable gains in 1Q. Expansion plans in design and new vehicle launches were on schedule. Consumers were coming into their tax refund season, often spurring the car buying spring busy season. Dealers were priming their leftover 2019 inventory for deals and making room for the exciting new 2020 models. But, the seemingly overnight concerns about the spreading of COVID-19 led many states to shut down their businesses and insist consumers only buy essentials. Through no fault of their own, dealers were forced to put the brakes on their operations and transition into a survival mode to weather the pandemic.

In 2008, the failing economic landscape was much different. There were several financial crises’ that emerged at once. The mortgage and lending collapses that included banking institution bailouts started the downward spiral. Dave Cantin shared his thoughts in a recent Dealer News Today podcast, saying, “it’s a tough comparison.” Major markets were losing more than 30% of their value over a matter of days, and the car manufacturers were hit hard. Dealers were left with hefty floor plans, and consumers were hit equally hard as the layoffs and unemployment began hitting all-time highs.

How Dealers Changed the Playbook After the CARS Program

Dealers learned a few things about the frenzy that ensued upon the launch of the CARS program. The incentives siphoned many of the older model vehicles out of the market prematurely, thus upsetting the natural buying cycle for consumers. There were thousands of vehicle owners who would have kept driving their cars if not for the rebates. Dealers faced a trade-in drought in the months and years that followed. It then forced many owners and managers to revisit their strategies for acquiring certified pre-owned, used, and older model vehicles. It also changed how dealers interacted with their customers. The financial crisis of 2008 fostered an environment of change that was necessary to dealer revenue channels. We’re seeing a similar change agent with today’s nationwide, shelter-in-place environment.

The Survival Mode Mentality Is the Same

While many of the circumstances surrounding the crash in ’08 are different from the economic shutdown of today, the survival mode feels similar at the dealership level. Operations shifted to enhance methods of customer engagements. In recent weeks, dealers have embraced complete digital interactions, for both car buyer and service lane customers. Automakers today are offering considerable car buying incentives, and lenders are easing payment plans. This type of survivalist environment isn’t something new for many dealers. It also can be reassuring to take solace in knowing retailers weathered the storm before. Innovating to get through tough times is doable again.

The Government Support Came Before & Will Come Again

The federal government didn’t hesitate to come to the aid of automakers before, and there’s a strong probability it will do so again. Recently, a $2 trillion relief package secured approval to help industries, small businesses, consumers, and healthcare facilities. While there hasn’t been a specific outline of financial relief yet to the automotive industry, some suggest there is already $500 billion in a business fund that may be allocated in that direction. Washington is already discussing plans for a second wave of relief funds as well, considering the duration of the temporary shutdown. Automakers are considered the engine of the economy, with a trickled effect through jobs, dealership operations, supply chain needs, and consumer retail. Once the manufacturers are given the green light to switch back to making vehicles again, any significant drains on those within the industry will be top of mind for those in Congress who can authorize relief efforts.

We can only speculate what kind of incentive program to expect, meaning we can really only guess about potential results. However, based on the success of the CARS platform over a decade ago, it can be an indication of how a similar incentive package might help in today’s situation. Ken Ganley, the CEO of Ganley Auto with more than 42 Midwest-based dealerships, recently discussed a potential relaunch of “Cash for Clunkers” with Dave Cantin. Ganley said in this podcast, “I think it would be an awesome idea. It really drove business.”

Imagine the shelter in place recommendations are finally lifted. An incentive like a rebate to trade-in now, coupled with many of the enticing financing options, might offer the push consumers need to spend again. However, dealers who can be ready to continue providing digital-only and remote buying options will benefit the most. Consumers may not be rushing back to the showroom floor to buy cars. There’s a good chance many of the cautionary practices of social distancing will last long after any essential buying restrictions are lifted.

It Will Be Important to Know Your Customers Post-Coronavirus

Dealers may want to consider how their customers will change as a result of this pandemic. Resuming to business as usual might not be as effective, in part because the needs, wants, and beliefs of the customer will have changed. As previously mentioned, many people might be hesitant to return to normal business interactions. Dealers should embrace the digital engagement strategies ongoing to meet those people where they are in their shopping and buying method preferences. Despite the employment efforts of many industries, there may be a rash of workers unable to return to their jobs, for example. Others who may be able to return to work may be experiencing significant financial hardships in the household. Both of these situations would impact a customer’s ability to borrow for a car. Other potential customers who may be allowed to return to work, will begin traveling and commuting again. This may present an opportunity for service departments to see an increased flow of vehicles needing service. Before the pandemic hit, there were many people anxious and excited about new models expected to land in the dealerships 1Q. Now, because of the halt in auto production, many of those vehicle introductions may be delayed, and with it, the potential buyers who initially intended to buy them.

The good news is there is encouragement, at least from Ford for now, for Congress to consider drafting relief and incentive programs to help the automotive industry. Washington has helped before, and the “Cash for Clunkers” program performed well and as intended. While much of the landscape is still unknown for now, in terms of a timeline to return to normalcy, there are ongoing efforts to help. An incentive program like CARS might be the resurgence solution everyone can look forward to over the next few weeks, even if they’re only just talking about it at Ford for now.