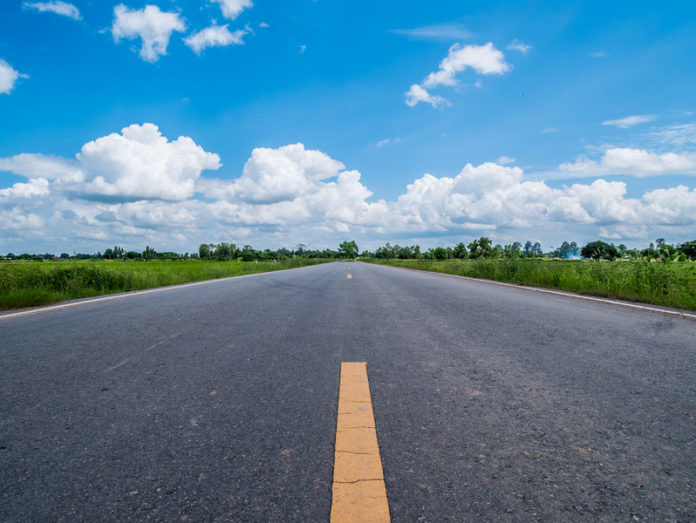 How Failure Is an Ingredient for Exponential Growth & Success

Thomas Edison is famously quoted as saying, “I have not failed. I’ve just found 10,000 ways that won’t work.”

Right now, dealers may still be operating in more a survival mode. But typically, the industry seems to be laser-focused on business growth, selling more cars and expanding the customer base. Considering the market volatility in recent months, due to the shuttered economy and COVID-19 effects, some dealers may be painfully aware of weaknesses within their current strategies. Linear growth, though, isn’t the only path to success. In fact, failures and shortcomings can offer valuable insights to uncovering new ways to find exponential growth and development.

In a past episode of the Dealer News Today podcast, Dave Cantin talks with the founder of #1 Cochran Automotive, Rob Cochran, who leads his successful dealership group in Pennsylvania. Cochran discussed his proactive leadership strategy in the car business and entrepreneurship in general. Tune in to hear the conversation and be inspired to review your lessons learned as you navigate your dealerships into the new normal of sales and operations.

Linear vs. Exponential vs. Scaling

Sometimes referred to as the “pipe model,” linear business models affect precisely what they imply – a sequential flow of growth, directly associated with the direct to consumer service or product. Historically, car dealerships would function well with this strategy. Retailers offer cars for sale, customers buy those cars, and the dealers earn revenue. Alternatively, is the exponential business model in which businesses set goals based on growth rates. So, if a linear strategy means dealers shoot to sell 10% more cars or reduce operational costs by 10%, the exponential design instead targets ten times the growth in overall profit. It’s this idea that inspires efforts to scale business or grow the method, audience, and reach of multiple revenue channels.

Peloton is a perfect example of a company that leveraged an exponential strategy. You’re probably familiar with its product or maybe recall the commercials of stay at home moms and health-conscious individuals riding their stationary bikes at home, with a live class on-screen. As of right now, the company has an estimated value of $8.1 billion. Last year alone, Peloton experienced a 110% increase in sales.

However, and this is where the data get interesting, the 2019 overall net loss also grew by almost $48 million. The remote cycling company experienced loss, which could, to some, be interpreted as a failure. However, the business grew exponentially, and it continues to branch out into various segments. Instead of marketing itself as a cycling product, Peloton brands itself as a tech company, revolutionizing how people exercise at home. It’s a concept that is already expanding into treadmills and other verticals. Had Peloton instead focused on a more linear approach, just selling stationary bikes to consumers, it would never have reached its current scale.

Do you know who else thinks and operates within this strategy of exponential growth? Tesla does. So does Rivian. Both companies are automakers. But more importantly to their growth models, these companies are tech innovators at their cores. Elon Musk doesn’t just build and sell Model 3 EV cars. He designed a retail store and direct-to-consumer sales platform that rivals traditional franchise dealership models. His company is exploring autonomous driving technology. Tesla is following a more exponential business model.

How to Incorporate Failures Into Your Recipe for Success

Businesses don’t fail because they subscribe to linear instead of exponential business models. Dealerships fail typically because they are unable to recover from a mistake or shortcoming, or when they give up and stop adapting.

You may feel as though you made a few mistakes in navigating the recent economic downturns. And it’s ok. You would not be the only dealer owner who may be questioning if there were a better way. What you can do now is incorporate the lessons of those missteps and passed opportunities to make sure you continue on a trajectory of growth and success.

Forgive Yourself & Everyone Else

No one could have predicted how this year would have unfolded. You may even know some dealer owners within your circles who are still blaming the government, the president, or the virus for the current predicaments. There’s no sense in blaming yourself about how your responses to COVID-19 should have been different. It’s not about who or what is at fault. Instead, forgive yourself and others for those in-the-moment decisions you might now view as failures. The goal and priority should be on identifying the solution. Remember, Apple co-founder Steve Jobs encountered endless failures and setbacks that led him to develop exponentially. Michael Jordan didn’t quit or blame the coach after being cut from the basketball team in high school, either.

Recognize a Bad Move When You See It

Don’t leave the blinders on or move to double down on a bad investment. Be honest with yourself about your business situation, and look for ways to change what doesn’t work. It might mean abandoning a tried-and-true process you’ve relied on for years. It may also mean admitting you steered the ship in the wrong direction. But addressing issues head-on means you avoid sailing in the wrong direction for even a minute longer. Be open to letting it go and exploring what makes sense now.

It’s All About What the Customers Want

You may need to rely on the advice and the knowledge of your teams on the ground to create solutions in each of your markets. Now is the time to rework how you deliver what the customers want and need and when they need it. Growth means thinking beyond the linear approach of finding car buyers. It means developing new ways of interacting and solving customer problems. Get passionate about and stay committed to finding the new normal that speaks directly to your market. Don’t hesitate to get your hands dirty to help keep your finger on the pulse of what’s happening on the showroom floor or in the service lane.

Don’t be afraid of mistakes and failures. What you did yesterday only contributed to arriving where you are today. Where you go from here is entirely based on applying what you’ve learned. Consider what you’ve done wrong as a way to sharpen the pencil. Now you can draw the line to success.